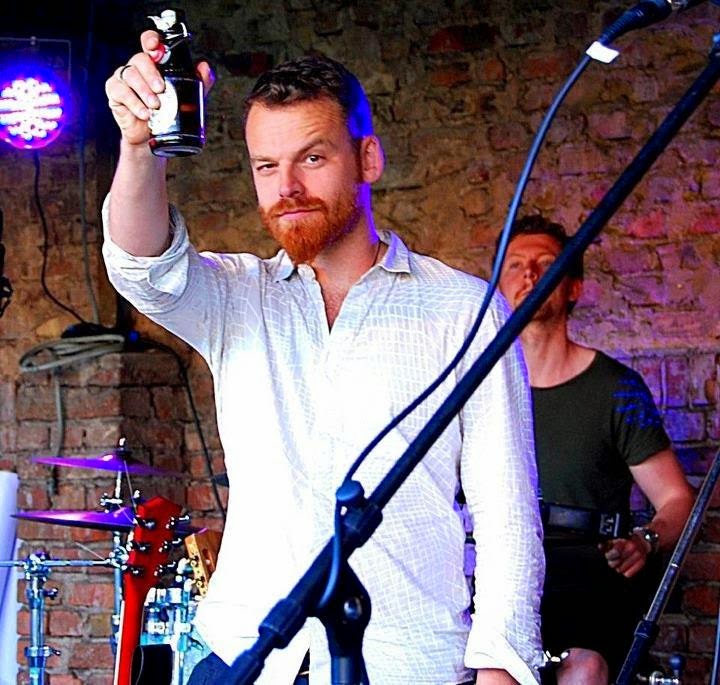 The Miserable Rich are one of our favourite bands ever and they were the first band that I ever reviewed for a blog.  They dispersed at the end of 2012 after three albums, but have recently announced four shows in Germany and Austria.  We spoke to front man James de Malplaquet about the shows and what the future might hold for them.

Formed in 2006 when James de Malplaquet and Will Calderbank, both playing with Brighton alt-folk group Shoreline, joined forces under the name The Grape Authority to record songs that James had written. They quickly expanded and changed their name to The Miserable Rich.   They recorded their debut album Twelve Ways To Count at James' house in Brighton which was released in 2008 to considerable critical acclaim.

Two albums followed, 2010's Flight and Fury and 2011's Pledge-backed Miss You In The Days before announcing a "final" show in Brighton in November 2012 but leaving the future of the band open-ended.  They got back together in 2013 to record a double A-side Christmas single, Everything You Wanted back with a cover of Jona Lewie's Stop The Cavalry.  They've been quiet since until announcing four shows in Germany and Austria, where they'd built a considerable following and had toured extensively.  We reviewed the Hannover and Wiesbaden shows on the tour.

We spoke to James about the reason behind these shows and what they mean for the future of the band.

It’s been two years since your “farewell” show in Brighton in November 2012, what has got you back on the road?

Well, yes, that is true. We did kind of say goodbye, but we also said we didn't really know - and as those there may remember, that included the lyrics to my favourite song. So I don't know if that's more embarrassing than saying goodbye and coming back....

Anyway, someone asked us to do a little festival outside Brighton. We went along a bit nervously, but after a song or so we were back in the swing of it. And the crowd were just lovely - super warm. And the hugs between the band members were that little bit longer after the show. We all loved it - and it was actually great to hear those tired old songs again. Next day, one of our favourite promoters in Austria - a fellow QPR sympathiser - wrote to me 'firmly requesting' we come and play at his festival this year. Timing.

What have the various members of the band been up to since then?

Mike and Will have been off galavanting around the world with the jet-set and super famous, Martin and Rhys have been busy with a number of projects, but mostly whipping up a vintage jive storm with their swing jazz band, Ricky has left the music biz to earn some real money and get even more buff, Jim has been being a good daddy, and I've done a post-grad diploma, taught at uni and gone into academic management. It's slightly lighter on the liver - in all cases.

The Miserable Rich always had a changing line-up over the three albums you put out.  Who is in the version that went out to Germany and Austria?

Yes, we have had many faces in the extended family of Miserables, but this time it'll be pretty much our first touring party - Will, Mike, Rhys, Jim and myself, with Martin from our last incarnation keeping us honest. Tour's all done now, but I can tell you it'll be the same faces, along with our manager Howard, at the annual Miserable Christmas party this week. I guess that means it went well

What was on the setlist that was played – a mix of three albums?

Yeah. I suppose there are faithful old friends and favourites from each of the albums, but there are also a few we hadn't played for a few years - some of the grittier ones - that were dragged back out of the cupboard....

Are there any plans post these four dates in Germany / Austria, more specifically some UK dates?

I think so, but i'm not sure yet. We really have enjoyed playing together again, but we'll have to see what we can do. I think we might try to brighten up January with a Brighton show at least. Rude not to....

You also released a Christmas single last year with a new song Everything You Wanted and a cover of Jonah Louie’s Stop The Cavalry.  Are there any plans to release anything new in the future?

Nothing at the moment, but Will says if we play any more shows, we really ought to write something sooooooo....we'll see

There was talk of a live album and a covers album around the time of those final shows.  Are these likely to be released at some point?

It's officially released in January, with a special edition album of covers - but you can get it now on our Bandcamp. Christmas ahoy.

The Live In Frankfurt / All The Covers album can be purchased from their Bandcamp site.