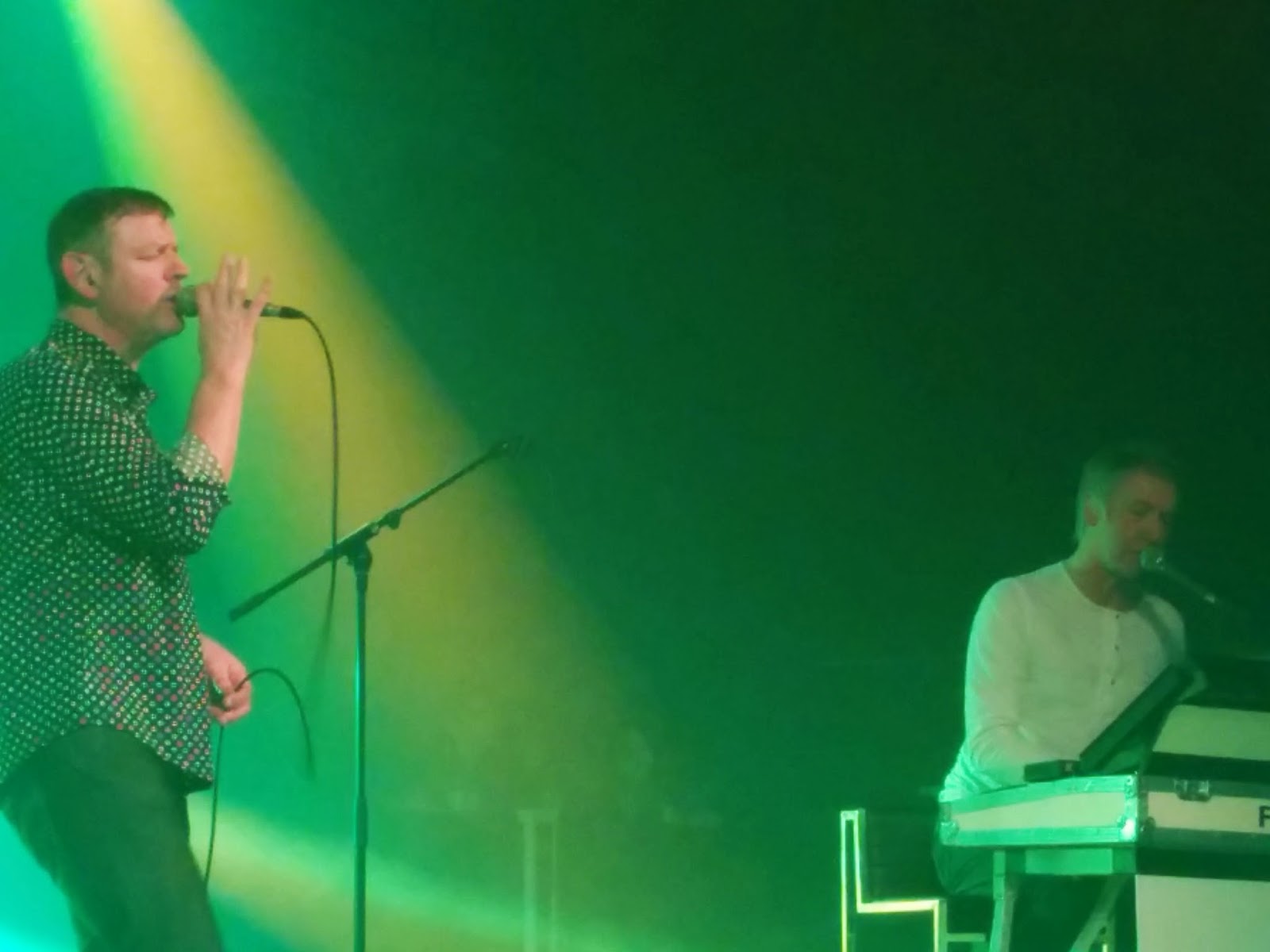 Our favourite five piece bring their UK tour to Scotland and they don't disappoint. Returning to Scotland after their triumphant T in The Park appearance, Inspiral Carpets are on form. The new album has rarely been off my stereo for the last few months. Tonight's set featuring almost three quarters of it and what is pleasing to see is that a healthy proportion of the crowd already know every word. Inspiral Carpets are not here to live off past glories. They mean business.

As is the norm at the excellent ABC (a converted old school cinema), the band are on early. Very early. As a result few people get to see Blossoms but those who do enjoy them. Clint sings their praises later on and the band watch the headliner's set from the back of the stage.

Within seconds of starting, Clint's Farfisa breaks down. The others soldier on and we are treated to Monochrome, the bold opening statement from the new album and a   superb opening for a gig too. The band take the decision to leave whilst the equipment is sorted out. The sound problem seems to inspire them and they come back out to play a super charged version of Joe. The crowd continues to grow as the band deliver that rare gem - a set list that pleases everyone. Mixing old and new really works for Inspiral Carpets. They are challenging both themselves and their loyal fan base. You're So Good For Me already sounds like an old classic. Most of the crowd have their arms aloft and are singing along. It is a superb example of their work - a fast-paced power punk pop floor filler with a great Farfisa riff. 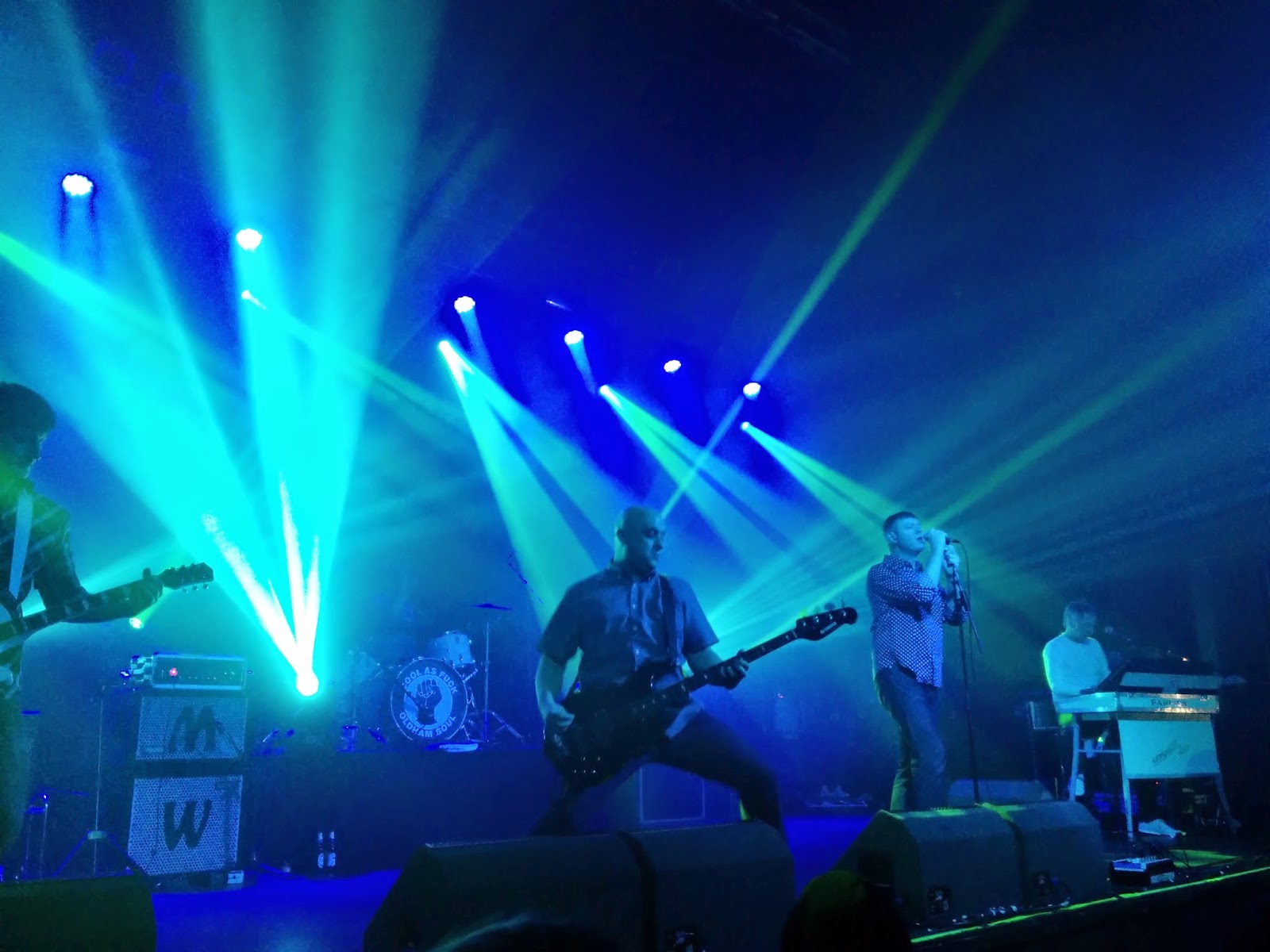 The Life tracks featured tonight - This Is How It Feels, She Comes In The Fall and especially Sackville - have a new lease of life (pardon the pun). She Comes In The Fall is dominated by Martyn's lead bass and Craig's incredible drumming (Clint acknowledges the band's debt to Craig who came off his sick bed to play tonight). Sackville has lost its poppiness and is instead brooding and menacing. A highlight for me and many others in the crowd.

Throughout the show, it is clear that the band are having a ball. It's the same in the audience too. New songs like Spitfire stand proudly next to some of their hit singles and demonstrate that the band can still write classic pop songs.

The band seem to struggle through Move but soon pick up again with  Sackville and Find Out Why.
Ending the set with Let You Down, the new single, is another bold move. A five minute epic with the John Cooper Clarke contribution filling the Doors / Velvets inspired middle eight, this is both an album and a set highlight for me and it won't be too long before the John Cooper Clarke backing tape is replaced by an audience singalong. 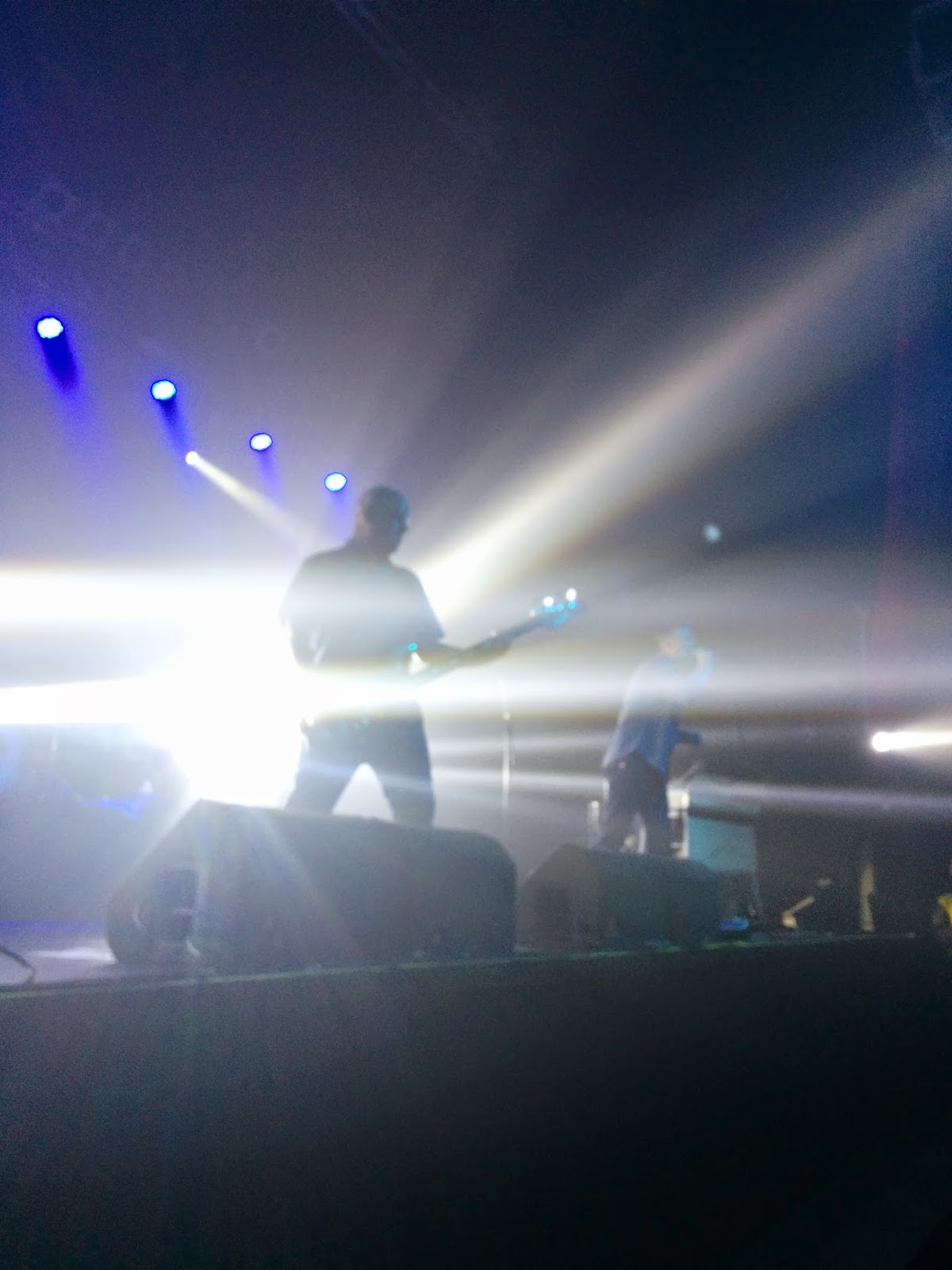 The encore begins with the slower Human Shield. Another new one, perhaps a little more personal and reflective than some of their songs, highlighting the versatility of the band.

The crowd go home happy with perennial favourites Dragging Me Down and Saturn 5 rounding things off. Despite illness and equipment issues, the band pulled off a victory. A triumphant gig and I know I speak for everyone who was there when I say that Glasgow hopes to see them again soon.

They play the following UK shows :