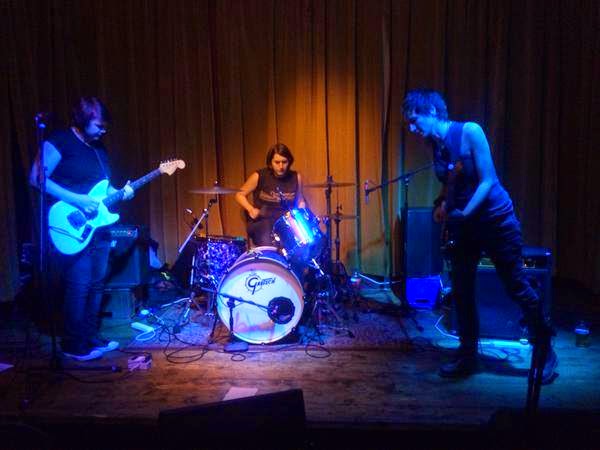 It's a rare and extremely lucky event when you stumble across a band by accident and are immediately blown away by them.  We had such good fortune on Sunday night when, looking for a gig, we stumbled across LIINES opening up Milk And Honey fanzine's launch night at Gullivers.

Things didn't start out too auspiciously.  We got there fifteen minutes after the advertised start time, but the band were still setting up so we were treated to a very public soundcheck, none of which was to prepare us for what was to come.

LIINES are a three-piece band with Zoe McVeigh on guitar and vocals, Steph Angel on bass and Leila O'Sullivan on drums.  Right from the off, within seconds of opener Go Away, the two of us had exchanged knowing looks to say this was something a little special.  Rather than just a wall of noise, their sound encompasses a thrilling rhythm section, that hints at Joy Division , The Breeders and that great lost Mancunian band of the nineties Solar Race, but with a raw, almost funk edge to it.

There's no messing about either.  They play for just over half an hour and we get twelve songs.  By the end Zoe's breathless and it's no wonder as they don't pause for her to take in air, there's virtually no between song chat as they jump from one two minute thirty ball of pent-up fiery energy to the next and she has to fight for space against the sound her and her bandmates are creating. 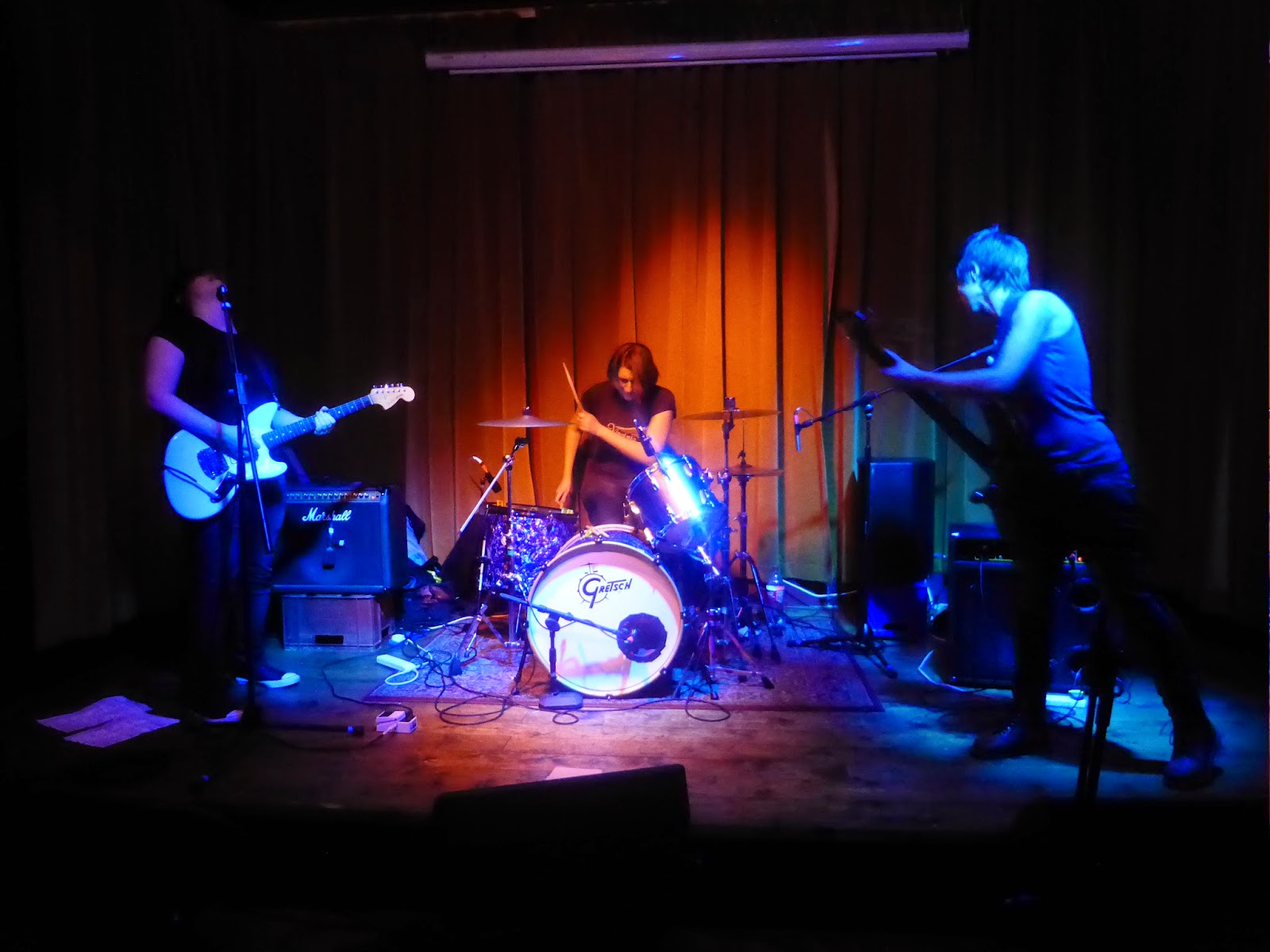 For a three-piece there's so much going on, bassist Steph is a jack-in-a-box, strutting the stage whilst creating magic from the four strings and drummer Leila creating so many sounds from her kit that she even uses her knee at points to play the cymbal.  The great thing about them though is that they're far more than a one-trick pony as so many bands are that trade in this genre, because there's a wide variety in their songs despite the obvious limitations being a three-piece places on them.

We leave after a couple of songs of the next band because, no disrespect to them, they weren't going to come close to matching what we'd seen. We almost don't want to listen to the CD we picked up in case it doesn't capture the raw energy of what we saw.  For now, they're another band for our tips for 2015 list.

Milk And Honey is an online platform and bi-monthly zine for emerging female artists and creatives - you can find out more here.