Track Of The Day : Daisy Victoria - Pain Of Dancers 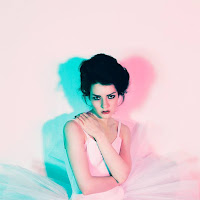 Pain Of Dancers is the latest single by Daisy Victoria. It's a huge anthem track drenched in dramatic shades of 1980s pop but brought up to date by a shimmering glittery production. It'd feel equally at home on a dance floor as it would listening to at home or on the move.

It's her first release of 2015 following last year's two EPs Heart Full Of Beef and Nobody Dies that got her the attention of Lauren Laverne, Mary Ann Hobbs and John Kennedy and this single, which has been compared elsewhere to a modern Kate Bush, is certain to win over even more new followers.

Daisy Victoria is on Facebook, Twitter and Soundcloud. We spoke to her earlier in the year to find out a little bit more about her here.

The single will be launched with a show at The Waiting Room in Stoke Newington on 21st September.