Track Of The Day : Ryan Jarvis - Moving Far Too Fast 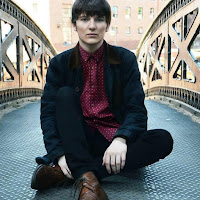 Moving Far Too Fast is the first new material from Ryan Jarvis for over two years. Released digitally this week with a re-recorded version of Outside This Town from his debut EP and a video and physical release to come in September, it showcases him with a band for the first time.

He's enlisted the help of Max and Blair, formerly of Twisted Wheel, to record the single that's been a staple of his live solo sets for quite some time now and hopefully it's the start of him putting down on record some of that promise that first drew him to our attention back in 2013.

The single is available to purchase here.