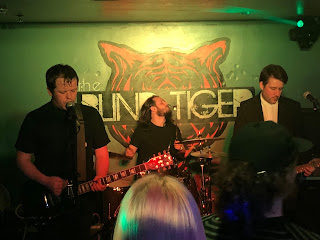 Ist Ist finished off their most successful year to date with a low-key gig at Bolton's Blind Tiger. Despite being used to much bigger stages these days, they delivered possibly their best performance of the year in this intimate space. Shorn of all the big monitors and huge light shows they delivered an intense powerful performance that stunned a pre-Christmas Bolton crowd into silence and won over a few new admirers in the process.

The Blind Tiger is like an oasis in a desert full of chain pubs and the type of bars you'd get karaoke and punters fighting outside. The demise of music venues in towns outside the big cities has carried on apace in the past few years, but Bolton seems to be bucking the trend. The Blind Tiger team have had the likes of Cabbage and Blossoms here in the past few years and continually seek to support local bands and bring entertainment to the town that people would normally have to jump on a train to Manchester for and then dash for the last one back.

After their last four shows took in their debut show in London and headline slots at Ramsbottom's Head For The Hills festival and two iconic Manchester venues in Gorilla and The Ritz, you'd almost forgive Ist Ist as seeing this gig, second on the bill, as something of a comedown. By the time they're a minute into opening track I'm Not Here you can dismiss any such notions. In fact, the contrary happens, it feels like they're inspired to give an even more intense performance as they can see the whites of their audience's eyes and they've got new people to win over. 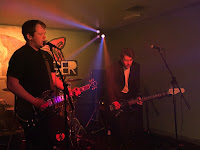 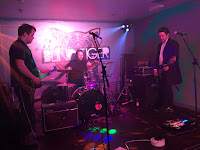 And whilst these songs grew in those bigger rooms where they've been exposed to the largest crowds of Ist Ist's life as a band to date, they still feel perfectly at home in these less spacious surroundings. Those talking are silenced by the power of the sound wave that eminates from the stage on the likes of Emily, a song you could pick up and place in a venue a hundred times the size of this and the space would still feel too small for it. Aided by an engineer that's tuned into their wavelength, the sound is crystal clear and allows us to hear all the magical nuances in their music that could otherwise get overlooked or overwhelmed by the sheer volume of what they're creating.

The second half of the set puts together four of their last five singles - Silence, Strangers, White Swan and Night's Arm - in one line and it's here, in Bolton of all places, that you realise that Ist Ist have a formidable set of songs that dismiss the lie that their uncompromising approach makes them inaccessible. As Silence and Strangers build to their chorus and Andy's vocals come in to help lift them, the crowd, to many of whom Ist Ist were an unknown name half an hour before, get it. White Swan and Night's Arm seal the deal where the sheer power of the aural onslaught coming from the tiny stage threatens to blow the windows out.

The final track Diversion starts with a huge drum solo from Joel whilst Adam casually swigs a beer, leans back on the wall and watches on. It's a perfect set-closer as it veers from one section to another, each one a little more provocative and unsettling than the one that preceded it as Adam shrieks the title in an attempt to deafen us. It's a sign that the raw primitive side of Ist Ist that thrilled us at so many of their early gigs is still alive and kicking.

2017 has been a real triumph for Ist Ist, a band that many have casually dismissed as too out there to be successful. Through sheer determination and hard work, a growing devoted fan base on their side and most importantly a growing catalogue of songs that now has outgrown the time constraints on their gigs, they've silenced the doubters whilst retaining their humility and desire to go back to their roots to play to new audiences in towns and cities where their fan base might be much smaller. With a new EP planned for early in 2018, they seem set to continue to prove people wrong.