Every year we make some predictions of bands that we think are going to make an impact in the following year and beyond (we use that caveat as we're often a year ahead of some of these types of polls as we cover bands at the very grass roots level, particularly in Manchester). Last year our nominations included the likes of Cabbage, Carnival Club, Matter Of Mind, Dantevilles, Berries, Urban Theory and Peaness, all of whom had successful years.

Over this week, cumulating with our top four tips on Saturday, we'll run through 20 acts we think could make their mark in 2018. 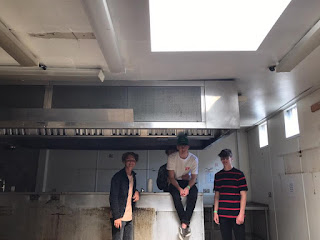 Delights are a new four-piece from Manchester who burst on to the scene in the second half of the year with their self-titled debut EP. Adam Maxwell, Ben Squires, Ben Kirkland and Leo Willis have also made their mark as a strong live band, picking up a following from some well-received support slots for the likes of Carnival Club and Wilds as well as playing Blackthorn Festival.

Our review of their EP concluded : "Delights is an impressive first release from a band that seems intent on not sounding like every other band in town but without disowning the music you suspect fills up their record collections."

The EP is available on iTunes and Spotify.

QUEEN ZEE AND THE SASSTONES

The press release for Queen Zee And The Sasstones' single Hunger Games declared "Here at last is a band who talk the talk, walk the walk and give so much of a fuck that they really couldn't give a single fuck who they irritate along the way. Ultimately, they say, they’re more influenced by the city’s working class politics, LGBT+ community and diversity than by what they see as a stagnant music scene around them." Wild live shows and provocative lyrics designed to challenge people to think differently about such issues are core to what they do and who they are.

Our review of their Cabbage support slot in Preston in October concluded "Zee is a genuine star, when she's not bouncing around the stage, standing on the drum riser, she's down on the barrier, urging the audience forward and drowning herself in beer. Their final song Fly The Pink Flag, where keyboard player Courtney shares lead vocals, is a song written in the aftermath of the homophobic terrorist attack in Orlando is both an angry protest, but also a vehement fuck you to the perpetrators of such hatred. They're brilliant, in your face and impossible to ignore."

Shore are a Swindon four-piece comprising of Harry Leigh on vocals and guitar, Nick Tucker on lead guitar, synth/keys and backing vocals, Ben Tinson on bass and backing vocals and James Gray on drums. Still early in their time as a band, they've released two EPs this year - From The Start and very recently the follow-up The Calm Before The Warm. Their songs are immediate, full of warmth and draw the listener in, but also hint at much bigger things to come.

Our review of their debut EP concluded : "From The Start is one of the standout debut releases we've heard in a long time. Whilst it lacks a little in crispness of production, this does nothing more than focus the ear on the quality of the songwriting and the intuitive relationship between the four of them that comes across clear throughout. However, the lasting impression is of a band that has the capability to deliver much more in the future; these five nascent songs offer a glimpse of something more widescreen, more embellished yet emotionally resonant to people, suited to bigger stages and audiences than they're playing to now. They are very definitely a band to keep a very close eye on."

Shore are on Facebook and Twitter. Physical copies of the EP (limited to 100) can be purchased from their Bandcamp page. 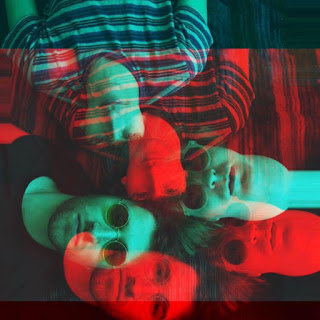 Is Bliss have released two EPs to date on cult label AC30. Velvet Dreams and The Honeycomb Explosion have gathered them plaudits from across the country accompanied by some scintillating live performances where the three-piece take their audience on a journey through the creative recesses of their minds. They've been in the studio hard at work on their debut EP and the few new songs we've heard them play live suggests that it's going to be some record once it comes out in 2018.

Our review of their Manchester show in May enthused "They're just highlights though of a set that's ambitious in its scale, in the way they twist their sound many different ways, but on each turn come up with something that makes the ears tingle with excitement, whether it be the deep rumbling bass, the vocals set back in the mix to the point where they're almost inaudible or the final twisting of the effects pedals at the end of an expansive Lure off Velvet Dreams to leave us impressed by the sheer scale of their sonic ambition."

Email ThisBlogThis!Share to TwitterShare to FacebookShare to Pinterest
Labels: Delights, Is Bliss, Queen Zee And The Sasstones, Shore