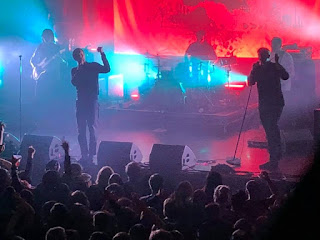 The Twang are one of the most maligned bands of the last decade, unfairly dismissed as a lads' band by a sneering music press as the initial hype surrounding their debut album Love It When I Feel Like This subsided. They've continued now for ten years with diminishing returns commercially, but retaining a genuine humility and honesty in their work that often got overlooked. The Ritz was sold out months in advance for this nostalgic look back at that debut and selected highlights of the rest of their career and the audience spent the hour and a half bouncing around to songs that meant, and still mean, something to them. Support came from The Assist and Ivory Wave.

Ivory Wave open proceedings at such a ridiculously early hour that there's hardly anyone in to catch them, which is a real shame because the Birmingham five-piece have got something about them that means they're neither fazed by the size of the venue nor the fact that it's almost empty. They connect with those that are in though with songs like Club and Cool Kids that possess much of the infectious energy of their hosts (who are doing a fine job in supporting other West Midlands bands by taking them on tour) and it's a real shame that there weren't more in to experience a band that's channeled the anger and disillusionment and feeling of disconnection of modern Britain into their music. 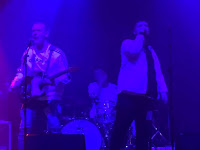 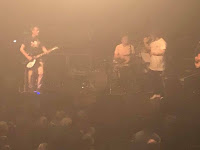 It's something that The Assist have done too and they've got a bigger crowd to deliver their half hour set full of energetic songs about growing up and living life in a "shithole" Older songs like Love and Time merge well with newer ones like Exist and Tell Her How You Feel in a set that's consistently upbeat in its message and positivity. They bound round the stage as if they're playing to a full room, something that endears them massively to us and they joke about needing translators for us to understand their West Midlands accent. We might do, but there's no translation needed for their songs, which warm the growing crowd up nicely for The Twang.

These album revisiting gigs are not something we're huge fans of. It smacks often of a band that's lost its creative spirit even bands the size of U2. For some though, it's a necessity. If anything The Twang have got better with time, something they allude to a couple of times tonight particularly after Don't Wait Up. Yet, even with bands that are still going there appears to be a clamour for those songs that first introduced them to an audience at the expense of everything else - see the response the St Jude tracks get at Courteeners gigs for further reference.

The Twang's first set before they nip off for a fag break is proof in the pudding that whilst success may have eluded them with later records, they've developed and grown as a band from the halcyon days when they were the go-to support band to headliners in their own right as they broke in 2007. Songs like We're A Crowd, Barney Rubble and Mainline are the stuff of Greatest Hits albums like the one this tour, despite its billing, is set up to promote. Whilst this is the first time they've played a Ritz size venue in a while in Manchester, it feels like they belong in here, that this spiritual old building with its magnificent bouncing dancefloor was made for bands like The Twang. A little rough around the edges, but full of love and honesty, and that's what most of these songs are, a coming together as one and the audience respond by bouncing, on command and involuntarily throughout the night. 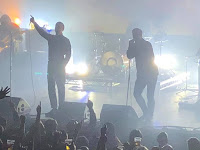 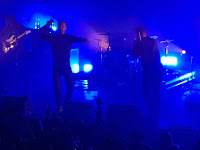 When they come back for Love It When I Feel Like This, the response to each and every song is euphoric, the crowd bounce from the front of the dance floor right back to the sound desk and it fires the band. Phil and Martin are like jack in a boxes, bounding around the stage, encouraging the balcony to get involved and bounce along with those beneath them. Either Way and Wide Awake are dispatched early, as per the album's tracklisting (another reason why albums front-loaded with singles as has been the vogue for years now sometimes don't work in this format), and they're almost drowned out by the audience singing them back. Fortunately though the pace of the album means that things don't slow down until they've concluded a celebratory Cloudy Room which sees them depart one by one to a rapturous reception and a room that's fallen back in love with them.

This tour is a crossroads for The Twang. Greatest hits and classic album tours can either be a band coming to the end of its life or a full stop before moving on. It's to be hoped that there's still some life in the old dog yet and their tail will wag again with renewed vigour driven on by the sort of response they get tonight because it'd be a shame to lose their unique Brummie charm, the way they champion new music whilst trying to get their own heard and the simple enthusiastic energy they bring to their live show.

Email ThisBlogThis!Share to TwitterShare to FacebookShare to Pinterest
Labels: Ivory Wave, The Assist, The Twang