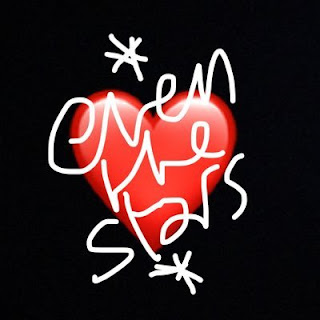 Welcome to the final day of our tips of 2018 where we present the four acts that we have the highest hopes for next year to make an impact on the music scene, either in Manchester or further afield. Our final four are Kula Bay, Janileigh Cohen, Average Sex and MarthaGunn. 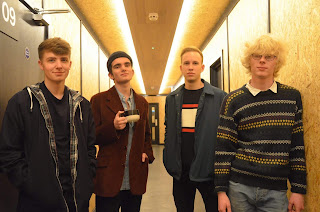 Kula Bay sprang out of nowhere in the middle of the year, but by the end of it their debut single 7 Hours was a staple on BBC Introducing in both Manchester and Liverpool for the Warrington based four piece who are David Hindle on lead vocals and guitar, Matt Carney on lead guitar, Oli Thomas on drums and backing vocals and Max Wright on bass guitar.

7 Hours is so immediate that one play on BBC Introducing was enough for us to track down their next live show which happened to be the same night so we changed plans and headed down to Academy 3 where they were headlined and weren't disappointed by what we heard despite knowing nothing else about them at the time.

They've even done a rather brilliant cover of Last Christmas for BBC Introducing and they've got an EP planned for early 2018 that includes live favourite Beach At Midnight alongside a series of shows booked up by established promoters Scruff Of The Neck and DHP despite them having relatively little experience to date as a live band. Having recently interviewed them, we're also confident they have the drive, ambition and willingness to put in the hours and the hard slog and the knockbacks that any young band will face to get to where their music deserves to take them.

Our review of their recent Night And Day headline show in Manchester concluded "Whilst it'd be unreasonable to expect a new band to be perfectly polished with less than ten gigs to their name, there's something about Kula Bay that goes beyond the immediacy of the songs and the way they play them. There feels like there's a determination already that they're going to fulfil their undoubted potential, a confidence in it that they back up by their performance and a desire to make this show better than the last one. Some of these songs might not make it through to when they get to their debut album, but in the here and now they're going to win hearts and minds once they get heard by a wider audience and that's Kula Bay's challenge for the first half of next year." 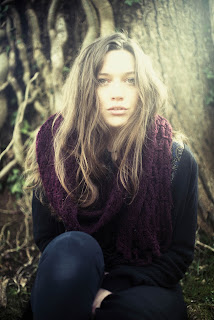 Janileigh Cohen has been around the North West music scene for what seems like an eternity, but it's only recently that she seems to be getting the attention and recognition that her beautiful voice deserves, including air play on 6 Music from Lauren Laverne for recent single Sister. She's also just released her first official video for Same Old Road recorded around her native Bolton as part of a series of four singles she released in 2017 including Broken Town and Not Born In Chains.

Having started recording in her bedroom several years ago and posting homemade videos of originals and covers on YouTube, we first heard Janileigh sing live in St Ann's Square in Manchester where we bought one of her CDs of her debut EP As A Child back in 2015. She's learnt her trade busking around Europe, accumulating a set of songs and charming new audiences along the way.


The real beauty in Janileigh's music is her voice. Haunting and able to express emotions that run far deeper than simply the words of the songs she's singing, it's a voice that stops you in your tracks and makes you listen to it.

Her As A Child EP can be purchased from her Bandcamp page and her You Tube channel has a selection of live videos. 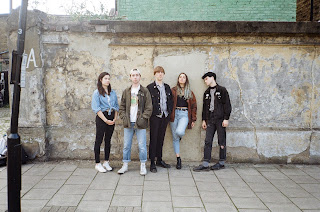 Fresh from supporting The Charlatans on their recent UK tour and releasing their debut Ice Cream EP on Tim Burgess's OGenesis label, 2018 looks like it could be a big year for Average Sex. As playful as their name would suggest, their songs are mischievous, suggestive and don't take themselves too seriously lyrically whilst writing about boy/girl, girl/boy issues and the general rubbishness of the dating game from a number of angles with a real sense of humour to them.

The five-piece formed in East London and are fronted by French artist Laetitia Bocquet. They signed to OGenesis shortly after drummer Finn joined the band as he's also part of Tim's solo band. Tim recalled when he first heard them "I got a call from Finn, the drummer in my solo group, who told me he’d just joined a brilliant new set-up that I needed to listen to. Within a minute he’d sent a link and within 2 minutes I’d heard everything they’d recorded and they were my new favourite band. They have the pop sensibilities and the hooks and melodies that never leave your head."

That immediate excitement is something they've generated on a regular basis over the course of 2017 as they've revealed tracks from their Ice Cream EP. With as set full of songs with the same joyous devil-may-care attitude, they're set to ratchet that up to new levels in 2018.


Our review of their Ice Cream EP enthused "This EP doesn't take itself too seriously, greets you with a mischievous wink, its tongue stuck out and a wiggle of its bum. It's the sound of twenty first century alternative pop music that'll make you smile as well as want to dance" whilst their support slot with The Charlatans at Manchester Apollo prompted us to write this in the review "Average Sex might have their tongues firmly planted in their cheek half the time, but they're a thrilling, exciting rock and roll band that stand out from the crowd like so few dare to do."

Our final tip for 2018 are Brighton five-piece MarthaGunn. Made up of Abi, Frankie, Ally, Max and Humphrey, they signed to the Communion label earlier this year and released a set of singles Honest, Heaven and Honey Let Me Know that brought them a series of support slots that's helped build their profile around the country, ready to take on the world in 2018.

They're a thrilling live band that wears their hearts on the sleeves and are proud of and unafraid to revel in their influences whilst making songs their own and stamping their own personality on them. They look like they're living every minute of each song and that they're doing their favourite thing in the whole world. Their songs are immediate and grab the listener, whether it be on a computer screen or in a dark live room.

Our review of their set supporting Findlay in Glasgow enthused about discovering such a great new band - "They're an incredibly tight live unit without ever looking they're going through the motions. They've got the gang mentality that you can sense from a band in the way they interact with each other on stage. When they give the standard patter about being excited, you've got no doubt that they're genuine because it feels like their means for existence is to play live and that translates to the audience. For a band we've never heard anything by before they start to play, by the end of the set we want to hear a whole load more."