Track Of The Day : Kulas - Stranger In Love 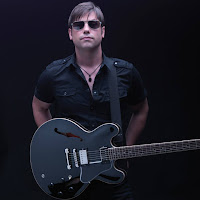 Canadian multi-instrumentalist and vocalist Michael Kulas is probably best known in the UK for his role in James from 1997 to 2001, yet he's released two solo albums - Mosquito and Another Small Machine - as well as a number of EPs and soundtrack work.

Stranger In Love is his first new music for several years though as he starts to reveal tracks from his record and if it's a taster of what's to come, we can expect an uplifting, upbeat rock album with a mischievous knack of an addictive chorus as well as huge guitar hooks. One listen to Strangers In Love and it's impossible to get the "all I know life's what you make it why's it all so complicated" line out of your head - stunning simple but all-encompassing.

Kulas' official website can be found here. He is also on Facebook and Twitter as well as Soundcloud where you can find a selection of tracks from his previous albums and EPs.