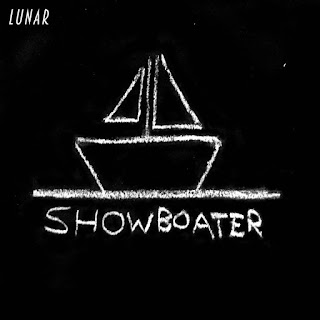 Showboater is the new single from Lunar, being exclusively revealed here on Even The Stars. The Manchester four-piece are the subject of growing hype in their home town with their single launch scheduled for Academy 3 on April 9th. We spoke to front man Sam Carson about the single, the show and their plans for the rest of the year.


There's quite a lot happened with Lunar since we last spoke.  How did the debut headline show at Sound Control go?

Yeah you could say that! I still can't quite get over Sound Control, I mean we’ve done bigger gigs since then but that was a real stand out moment for this band and it gave us a sort of platform for all our future gigs. Who else can say they sold out Sound Control for their first headline gig? I’m not sure about that.

Your next headline show is at Academy 3 - a huge venue for a band that hasn't played a dozen gigs yet. How does it feel to be playing a venue that's hosted so many legendary bands so early on in your career?

The fact we’re headlining Academy 3 is genuinely bonkers, we’ve only released 2 songs and we’re already playing gigs of that size! I was told by someone that the only bands that have headlined Academy 3 at our age is The Courteeners and Arctic Monkeys which is absolutely mind boggling for us. Everything that’s happened so far in 2016 has been a bit surreal so far, it’s just been one thing after another. We’re just waiting for the crash!

Will you be nervous or are you confident that you'll be able to make that step up?

Nervous… not particularly. I don't get really nervous anymore, just excited. I'm not nervous we’ll fuck up or anything like that, I just hope people have a good time. If 1 person walks away from that gig and says to their mate ‘fuck me that was a good gig’ like I’ve done with so many bands then I’d class the night as a success. It is a big step up and we’re not underestimating it, we’re just all itching to get up there.

Who's supporting you at that gig and who's been your favourite bands that you've played with so far?

At Academy 3 we've got Lyon Road, Glue and Tourist Attractions on with us, it's an incredible line up really. They're all from a bit out of town so we should have people in there from all over. We played with Tourist Attractions at Sound Control and they blew us away so we're buzzing to have them back on with us.

Favourite bands we’ve played with..? Tough question, top three people we've played with I’d say are The Sherlocks, The Tapestry and Ryan Jarvis. We’re big mates with all three of them and they all seem to be getting places too which is great to see. 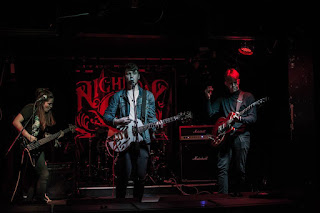 The new single is called Showboater. Can you tell us a little about the song, how it was written and what it's about?

Showboater was probably a big changing point for us when we wrote it. The song kind of opened up a lot of different creative avenues for us and opened our eyes a little bit to what we could. The song’s basically about a mate of ours, who will remain nameless, who puts a front up when he goes out and acts like a complete dick to get attention off the ladies (we’ve all got one). It was one of the first songs I wrote, even before I wrote Our Way and it kind of takes influence from everyone who I was listening to at the time.

The b-side Gonna Get You Down is a track that's had a great reaction to it at your live shows and feels like a single in its own right.  Are there any concerns that you might be putting out all your best songs first or do you have plenty more in the locker?

That’s interesting, we all thought Gonna Get You Down was our worst song until we went in to the studio! That’s flattering to hear haha, I guess it’s got that Manchester arrogance to it. I wouldn’t say we’re concerned that we’re releasing all our best songs out and I think if you’ve been to see us live you’ll know what I mean. We’ve got another 3 songs ready to record and release at the minute, and we’re always writing new tunes for the future. I’d say we’ve got nothing to worry about yet!

You've been finishing your set with a cover of Faithless's Insomnia.  How did the idea for that come about? - it makes an interesting change from the usual covers that new bands add into their set.

I honestly have no idea what made us decide to do that! We wanted to play a cover at Sound Control because otherwise people would only know Our Way and only knowing 1 song in a 45 minute set can be a bit of a drag. I think I just started playing it in the studio while we were recording Our Way and we wrote the other parts for it ourselves and it just developed in to an obvious set closer. Every time we’ve played it we’ve had an insane reaction.

There's quite a buzz around you in Manchester at the moment - but what's the best feedback you've had to your music so far?

I’m not sure really. Hearing Van McCan from Catfish and the Bottlemen saying he liked our stuff was pretty mental. Oh, and the guy who manages Peace/Foals/Bombay Bicycle Club said he loves us which can’t be a bad thing! We played an acoustic gig recently in Manchester and we had a massive group of lads from Leicester singing along to Our Way… That was a special feeling. Having people like Blossoms and Cuppello (ex-Courteeners bassist) saying they like our tunes is also flattering because they know what they’re talking about.

What are your plans after the Academy 3 gig?

The weekend after Academy 3 we’re playing at When in Manchester festival which has an amazing line up, we’re buzzing for that too. I think after that the plan is to relax and focus on writing and getting new material ready. We’re taking the summer off and enjoying our holidays; I’m off to America right in the middle of festival season which was a pain in the arse but we’ll be back later this year with some new stuff, you’ll be the first to know…

Tickets for the April 9 Academy 3 gig can be purchased here.