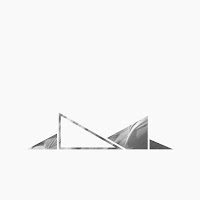 Ahead of the release of their debut single White Swan on Scruff Of The Neck Records tomorrow, we spoke with Andy from ist ist about the single, their unusual name, their launch show at the Night And Day on Saturday and their plans for the rest of 2016.

We first discovered ist ist at the start of 2015 with five demo tracks on Soundcloud. Since then they've kept up an air of secrecy, revealing a new track here and there and playing some dark brutal shows around Manchester, building a fanbase that has been mesmerised by their incendiary live sets and the air of mystery around them. We were fortunate enough to be able to talk to them.

Could you introduce ist ist to us please?

How long have you been playing together?  It seemed you came out of nowhere at the start of the 2015 with five songs and then you've drip fed them since.

As ist ist, not a long time in the grand scheme of things. It came together in late 2014 and we took it live in January 2015. We’ve been around the block together many times before with other bands, so we weren’t new to the scene in any sense. That was a benefit; we were coming in as a new band but with plenty of experience and plenty of lessons learnt.

The name's an interesting and unusual one.  Where does it come from?

It’s probably not as interesting as you’d think or want it to be. One name proposed was Hinterkaifeck, as in the Hinterkaifeck murders. That’s interesting stuff. Terrible band name though. Another idea was Das Ist, but it sounded too industrial. We could have been mistaken for the next German industrial sensation. So ist ist was it.

Your sound has drawn parallels to the likes of Joy Division and Editors.  How would you describe it to someone who'd never heard you?

It’s always difficult describing your sound because every band thinks they’re unique. The Joy Division comparisons seemed lazy and convenient at first: Manchester band, dark sound, metronomic beats, deep vocals. But the comparisons don’t go away so you’ve got to welcome it.

Our sound is big and probably quite abrasive, but there’s plenty of melody and consideration in the songs. It’s not a thrash.

You've not done a lot of live shows to date. How have you found the reaction to the songs so far?

The live show is where it’s at. The live show will tell you everything you need to know about ist ist. Loud, manic, post-punk violence.

The reaction to the songs live and online has always been positive. There’s been a genuine interest in what we do from the very start. If you put songs out there and people listen to them and tell you how much they like them, you’re doing the right thing.

White Swan is your debut single - could you tell us a little about how it was written and what it's about?

Songwriting just happens for us and it’s difficult to remember exactly how a specific song came about.  It’s genuinely very natural. No-one comes in with a fully written, start to finish song and we all learn it. What a narrow-minded way to write. We’re judgmental about what we do, but you have to be. We won’t slave over an idea or a song unless we know its got legs. If it’s not on at least on a par with or better than the songs we already have, is there any point in bothering with it?

White Swan itself is essentially about desolation and desperation, kind of. How people want to interpret the lyrics and read between the lines of the video is up to them. If people want to draw their own conclusions, even better. We’re not going to dictate what anyone should think. One song can mean a million different things to a million different people. Ambiguity is not an issue for us.

It’s gonna be big year for us, but every band says that, don’t they? The single launch at Night & Day on 2nd April is important for obvious reasons. The next show is on the 30th April for the Astral Elevator promotion. ist ist at a psych night; could be interesting. We’re playing Blackthorn Festival in summer as well. Can’t wait for that, the line-up is so strong.

We’ve recorded another track when we did White Swan, so another release is in the pipeline. There’s gonna be plenty of gigs.

When we started ist ist, the aim was to write music we like and play no shit shows. That still applies, so it’ll be more of the same in 2016.