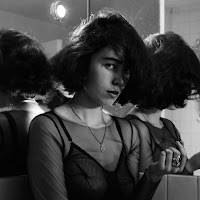 One of the underground discoveries of 2014, Kelly Lee Owens is back with 1 Of 3, the first taster from her forthcoming debut solo album which she has spent a large part of 2015 recording as well as playing some rare but well-received shows in London.

As with previous tracks Arthur, Uncertain and Lucid, 1 Of 3 showcases a dreamy breathless voice dancing over ever-shifting electronic beats to impressive effect. The haunting atmospheric feel to the song changes tack dramatically around the 1.55 mark to something far more stark and metallic without ever losing its grip on the listener.

The song is available to purchase on Kelly's Bandcamp page.