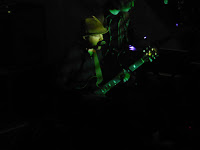 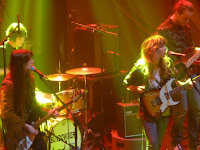 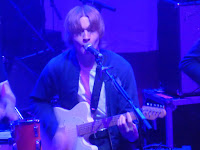 They say absence makes the heart grow fonder. After five years away The Coral have returned with Distance Inbetween, which we think is their best album yet, and a series of sold-out live shows. We caught up with them at the Albert Hall in Manchester to witness a heady mix of the old and new supported by The Sundowners and local lad Rory Wynne.

There's a growing buzz around Rory Wynne in these parts. A Stockport lad like Blossoms who are up in the wings watching on, the sixteen year old has already made his mark with tracks like Post Party Confusion and recent debut single Why Don't You, but this is probably by far the biggest stage he's graced so far. You wouldn't be able to tell that from the ease in which he immediately feels at home in these surroundings. Strolling on stage after his drummer has come on alone to start a ferocious drum beat and his bassist kicks in with the once-heard never-forgotten groove to the aforementioned Post Party Confusion as if it's his own headline, it's a remarkably confident and assured performance that betrays no hint of any nerves at all.

Of course there's shades of the likes of Jake Bugg, Miles Kane, Liam Fray and Alex Turner in there at the moment - what sixteen year old wouldn't have some influences in their music (most would be still knocking up covers of them and championing it rather than writing songs that one day could be exalted in the same vein by the next generation of budding musicians), but with Rory they are a marker not a template. The brilliant (b-side) Lock Me In Your Wardrobe and the final Heart Of Stone are further examples of his ability to craft two and a half minute gems of his own that stick in your head. It's merely a matter of time before the cool kids catch on and it'll be his name above the door of places like this. 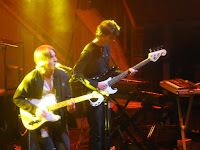 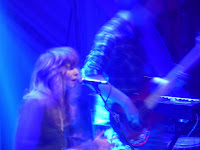 It's great to see The Sundowners in a venue like this and to hear the reaction they get from the crowd which swells to capacity by the time they finish. Their already infectious groove and melody laden sound is beefed up live and reverberates perfectly around the decrepit splendour of this Wesleyan chapel. Their set is a mix of their debut album, number 2 in our 2015 poll, and new songs from their soon-to-be-released second. The new songs don't reveal anything we don't already know about them, but they don't need to. The Sundowners make you love music, it's impossible not to be drawn in by the electric fusion of the modern and their Merseyside heritage as Fiona and Niamh interchange vocal responsibilities and Alfie, Jim and Tim provide the sprawling sonic canvas.

They stretch out songs as well adding extra psychedelic effect. Back To You feels like it's never going to end as they turn up the guitars and it spins you around in its whirlpool whilst Soul Responding and Into The Light have intros that have you wondering what song they're doing to drop into. By the time they've played four songs off the new album - the one we think was called Retro being a particular highlight - and finished with a rip-your-head-off fierce version of Medicine, they've won over a whole new set of fans.

It's quite a challenge that's been laid down to The Coral with two great acts before them, but the minute they come on stage and strike into the opening bars of Miss Fortune then they have Manchester eating out the palms of their hand. The set is a perfectly balanced mix of Distance Inbetween and their substantial back catalogue. The new material has a harder edge live than the recorded versions, but loses none of that majestic timelessness that makes it their finest work to date. The songs from it - Connector, Chasing The Tail Of A Dream, It's You, Holy Revelation, She Runs The River and the epic drawn out conclusion of the night Fear Machine - feel in no way out of place in the set as so often older bands' new material does and that's testament to their quality and the unerring knack they have of creating songs that remain absolutely true to the ethos of The Coral without ever sounding repetitive or formulaic. 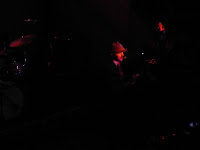 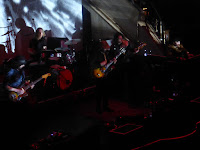 It is the older songs that get the strongest reaction of course, the floor being turned into a heaving mass for the ten minutes plus of Goodbye that opens up the encore, accompanied by one of the loudest and longest guitar solos we've seen in the Albert Hall from Paul Molloy, although it hardly looks like he's breaking sweat such is the effortless nonchalant way in which The Coral go about their business. That's one of the most outstanding things about them and very much in evidence tonight - there's an absolute lack of showmanship on display, James rarely addresses us only to thank us between songs and whilst they're crafting some of the most beautiful melodic sounds around a rock hard centre spine, it all looks and feels so effortless.

The roll call of songs is an impressive one. Dreaming Of You, She's Got A Reason, Jacqueline, Don't Think You're The First, Calendars And Clocks, In The Morning and Simon Diamond are all present and correct and testament to how great and under-rated band they are and there's a lot of love and devotion in the room for them tonight. There's minimal lights on display in contrast with many of the shows in this venue, so it's dark for a lot of the set, but the psychedelic trippier elements of their sound are extrapolated by a wonderfully diverse set of visuals projected onto a huge screen behind them.

It's all over way too quickly even though they treat us to the best party of twenty songs in the hour and a half they're on stage. We can only hope that driven on by the ecstatic response they've had to the album as well as the live shows, and we've never seen a crowd leave here on such a buzzing high, that it won't be five years before they're back again.

Email ThisBlogThis!Share to TwitterShare to FacebookShare to Pinterest
Labels: Rory Wynne, The Coral, The Sundowners