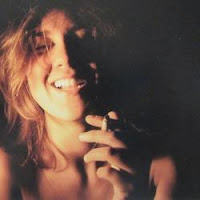 Sere Trouble is a well-travelled multi-instrumentalist who has just completed recording her new EP Burning Milk which is due out on 14th June. We tipped the lead track from the EP entitled Headphones on Shell Zenner's show on Amazing Radio and had a chat with Sere to find out a little bit more about her.

Hi, Sere, could you tell us a little about yourself?

I want to be REAL.

A communion of realness with humanity and the world I inhabit.

And a little about the track we've tipped called Headphones.

Walking home after work or after a night out with my headphones on; listening to music, brain crunching thoughts and observing all the 'life' that happens in a city like London. Sometimes as a passer-bye and sometimes having the most absurd exchanges with random people. Headphones is about these walks.

Could you tell us about the other tracks on the EP?

Drink Myself To The Ground builds on an obsessive riff I came up with when jamming with Blair, a friend that was visiting from Sydney, he had just sang the title's lyrics and I absolutely felt they were mine, so I took them.

In The Sun morphed multiple times before becoming what it is; I really wanted to sing 'together' like Mac DeMarco.

Inertia was initially called 'I made it', riff and lyrics came together real quick. It's a peaceful song.

What's In Your Head? is a song about my generation, increasingly used to remote relationships and trying recreating the impossible lives we see in the movies. It's also about apathy. All the noise we're exposed to nowadays clutters our minds and it's difficult to understand how we feel at any given time.

And when are you planning on releasing it and what are you doing to promote it?

Burning Milk will be released on June 14th.

I am asking for support all around my network of friends and fans; I am reaching out to blogs and radios using the Unsigned Guide directory, doing that personally, one by one.

I am playing gigs in London, the next is June 10th at The Good Ship.

Who inspired you to first make music and who are your current inspirations?

My family had a piano and a couple of guitars. I remember trying to play by ear random songs I heard and changing their words so they'd be mine.

I don't think there's someone in particular that inspired me to make music, I always felt a strong pull towards music.

My current inspirations are Damon Albarn as he does what he pleases and is always working on the next project, and Patti Smith who is the absolute essence of 'being an artist'.

You describe yourself as "an independent artist, a rock star in the making." That's quite a bold statement - do you have a plan to get there?

I feel that calling myself an artist was the boldest statement I made over the past 2 years.

I once read that the first step to making things happen is to voice what you want. I want to be a rockstar and I'm working on it.

Being independent at the moment is more of a matter of fact rather than a credo or an approach.

If you were describing your music to someone who'd never heard you before, where would you start?

I don't find myself belonging to any particular genre. Someone recently told me I am Alt-rock, I like that better than Indie-rock but I don't know really.

I try to sing like Emily Haines from Metric and I also like Wild Belle. I really like good melodies, noise and silence so I play with them all.

If I think about Burning Milk, I was listening to a lot of DRINKS, H.Hawkline, Blur, and Moloko for guitar rhythms and bass lines.