TRACK OF THE DAY : Liam Frost - The Slow Knife 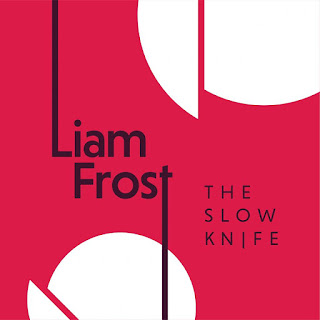 The Slow Knife is the second single to be taken from Liam Frost's Latchkey Kid album that gets a full release on September 13.

The Latchkey Kid had a low-key release as part of Liam's Pledge music campaign that got caught up in the mess surrounding the collapse of the company. However, fortunately, the album has been salvaged and picked up by a label.

It starts off majestically lop-sided with an uncanny earworm instrumental section of the sort you'll find hard to shift, before Liam picks over a failed relationship with a hint of bitterness - "what was it that you said about cards on the table, you wouldn't know what it means" and the repercussions. The vocals as rich and evocative as ever, tinged with Liam's unmistakable accent as he sings "come give me a hug."

Ten years on from his second album We Ain't Got No Money Honey But We Got Rain (and thirteen from his debut Show Me How The Spectres Dance), Liam Frost is still one of the most endearing and expressive songwriters around - the sort of artist that the phrase "best kept secret" perfectly describes.