TRACK OF THE DAY : The Murder Capital - Don't Cling To Life 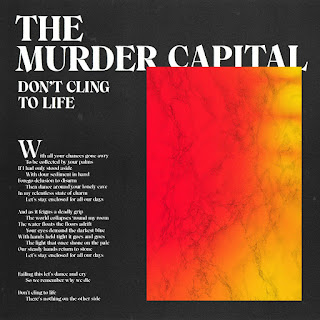 Don't Cling To Life is only the third track to be released by Dublin's The Murder Capital, but is certain to increase the hype around the band as they prepare for the release of their debut album When I Have Fears, due for release on August 16 in the midst of a gruelling touring  schedule.

With two singles, Feeling Fades and Green And Blue, behind them, The Murder Capital have already established themselves as a band with a fearsome live reputation for the intensity of their shows, something they've managed to distill and capture on record. Don't Cling To Life is certain to expand their dedicated following further as the single was premiered by Steve Lamacq on 6 Music. The song deals, like many of the tracks on When I Have Fears, with death and the consequences for those still around to deal with the fallout with an urgency and intensity that's pretty much unrivaled.