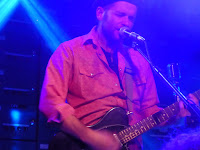 Milk And Cookies is an annual event where David Ford throws off all his inhibitions and embarks on a series of shows where he not only revisits his own back catalogue, but also delves into some of his favourite songs as well as leaving song selection to random pages generated from Guinness books of hit singles. What could be an absolute mess usually ends up in chaotic triumph and this year's Manchester event in aid of the Reverse Rett charity was no exception.

It's hard to put to words the scale of what David Ford does at these shows. Performing solely with the use of loop pedals and a stage full of equipment he takes on songs often seen as untouchable and makes them his own. Tonight sees him take on The Rolling Stones' Honky Tonk Woman, Whitney Houston's Saving All My Love For You, Marvin Gaye's Wherever I Lay My Hat That's My Home, Michael Jackson's Thriller, The Temptations' Papa Was A Rolling Stone, duetting with himself on Gladys Knight And The Pips' Midnight Train To Georgia, Jimi Hendrix's All Along The Watchtower before finishing in the audience with us singing Ben E King's Stand By Me and put his own inimitable style onto them. Each of the covers is carefully thought out and structured using the guitar, bass, piano, drums, keyboard, shakers, triangle and trumpet that adorn the stage and demonstrate both the depth of Ford's talent and the richness of his musical tastes. The choices from the two Guinness music books are a bit more haphazard, given the page numbers are selected at random from an iPhone app and by someone dressed as a panda and suitably worse for wear. This means we also get renditions of Daniel Bedingfield's Stay, Diana Ross's Chain Reaction, No Doubt's Don't Speak and Supertramp's The Logical Song. 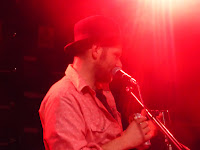 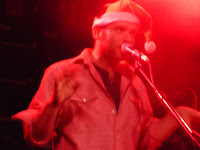 Interspersed amongst this are a selection of some of David's finest songs across his four album back catalogue including his first two singles State Of The Union, once again delivered with a fury and passion that burns as fiercely as it did when created a decade ago, and I Don't Care What You Call Me as well as later gems such as his resigned shrug of the shoulders at his lot of Every Time from his last album Charge and last year's EP gem O'Sullivans Jukebox where he recalls his youthful days in Eastbourne's only Irish Bar, taking a swing at Manchester United's back four (although he's on dodgy ground here as a closet Liverpool fan). He manages One Of These Days despite the lack of female accompaniment on the duet that has made this a regular live highlight over the last two years and I'm Alright Now is an exquisite take on the track from his second album Song From The Road.

He also adds in two songs from his pre-solo band Easyworld. This Is Where I Stand is planned, but Bleach is demanded by one of the winners of his between sets auction of one of his hats, a mouth organ and a jumpsuit and a guitar from one of his videos that raise around a thousand pounds for Reverse Rett. He seems to hate the song now and its lyric of "you make me wanna drink bleach" that seems so far away from his more articulate solo career, but he's never a man to back down from a challenge. That auction also requires him to play Hurricane, one of his best ever songs which captures perfectly that power and passion that he uniquely creates in his performance. 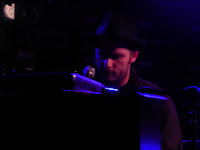 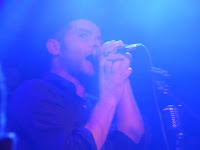 Prior to the auction, Rachael and Andy, two of Reverse Rett's founder explain the background to the charity that the event is supporting and how David got involved. There's more information on their website about the condition, but the two of them leave the crowd hushed with the passion with which they talk about their work and what they hope to achieve.

Tonight's events prove that David Ford is a unique talent in many ways. So many musicians are more bothered about their own image that they'd never contemplate taking on an event on this scale for fear of ridicule or losing their cool and, for more understandable reasons, because being a touring musician often doesn't make a living these days, but Ford has been doing this for over a decade now and his fan base engage wholeheartedly in it too. It's a whole heap of fun and it raises thousands of pounds each year for deserving but under-represented charities and that is a marvellous thing.