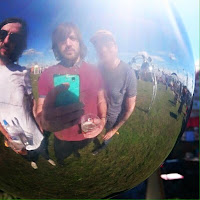 Premiered by John Kennedy as his Hot One on his XPosure show on X Radio last night, we're proud to present the online exclusive of Hey Bulldog's new single Divide And Conquer which is set for release this Friday.

Already making significant waves in their hometown of Manchester, Hey Bulldog (Rob Manton on guitar and vocals, Matt Parry on bass and Ben Howarth-Lees on drums) are set to stretch their arms further and wider with the release of Divide And Conquer, the first song from an EP set for release in early 2017.

The song captures perfectly the essence of the band that has thrilled an ever-growing crowd of admirers, the big blues guitar riffs, a confident expansive vocal with references to the likes of Jeremy Hunt, Margaret Thatcher, The Bible and Herman Goering all underpinned by a brooding grooving bass and drum combination. It's got the hallmarks of its predecessor Under My Spell, but it's a massive step forwards and upwards - for a band that refuses to conform to part of a scene, but which looks to carve their own niche and set the standards for others to aspire to.

There's a series of live dates planned for November to coincide with the release of a second song from the EP, including a date at Liverpool Magnet on November 26 with plenty more to follow.

Divide And Conquer is out on Friday (30th) from their Bandcamp page and other digital retailers.