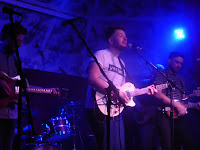 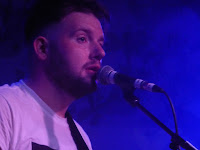 Ten years on from the release of their debut album, Liam Frost And The Slowdown Family reformed for one last hurrah to celebrate the anniversary. Two shows at Manchester's Deaf Institute sold out in a matter of hours when announced and the sense of anticipation in the room was palpable as the city came out to pay respect to one of its finest musicians and best kept secrets.

Show Me How The Spectres Dance is in our opinion one of the most underrated albums of all time. Released in 2006 by Liam Frost And The Slowdown Family it was sunk by a combination of record label financial problems and Liam's refusal to play the usual music business games to get quick success ("I used to come on stage looking like a walking Weight Watchers commercial" he jokes). Like all great albums though, it's spoken of with reverence by those that have been lucky enough to cross its path and it still stirs the same emotions now a decade on as it did when these songs were fresh from the pen.

Since then Liam released a second album without the band, We Ain't Got No Money Honey But We Got Rain, which matched the brilliance of the debut as well as The Wild Places EP to diminishing commercial returns. His occasional live shows still stirred the same emotions from a small but devoted following, but the way the tickets sold out so quickly shows that there's still a lot of love hidden below the surface in the city for him. He asks us jokingly where we've been for the last ten years and tells us that it's never been about the success for him, but the connections and experiences he's had, stories of people getting together at gigs, getting married and tales of the songs helping people through bad situations too. We still think it's a travesty he hasn't had the recognition he's deserved which far lesser talents have enjoyed over the last decade. 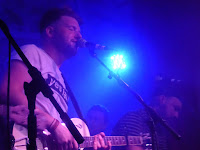 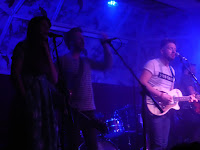 The setlist covers the whole of Spectres but doesn't play it in order and it's enhanced by the inclusion of a couple of b-sides, starting with I Woke Up From The Strangest Dream and At First It Felt Like Darkness which open up the set and also A Fever And A Shifting in the acoustic solo section mid-set. That acoustic section also includes Skylark Avenue from We Ain't Got No Money and, in what we hope is emphasizing the point that he's still making music, they finish the set with two songs from The Wild Places. He does this after telling us that this is the last time for a while they'll play the Spectres songs and that the band are looking to make new music together.

The Slowdown Family aren't quite complete at the shows as Sadie Baker has emigrated to Canada since the band split up so Sam Morris, formerly of Alfie, joins on keyboards and her vocal duties are taken on by Kathryn Raven, wife of guitarist Andrew. Pete Marshall, or Mandolin Pete to give him his christened name, has gone on to wider fame with Paul Heaton, but his interaction with Liam, particularly when Liam takes his time tuning ("we're like dueling arseholes") and he leads a half-rendition of Erasure's A Little Respect during the second set, and his multi-instrumental talents are at the core of these songs. Last but not least John Baines on bass and Ben Perry on drums complete the seven-piece.

As you'd expect, the seven make a lot of noise, but it feels like controlled chaos at its most raucous moments like The Mourners Of St Paul's (Channel 4 Teletext's rightful Single Of 2006) and there's moments of particular beauty such as when Ben, Liam and Pete join together to sing the final song When I'm Alone, which hopefully sends those who'd come back after a time away from Liam convinced that he's still got whatever attracted them to him in the first place. Liam's debut single, She Painted Pictures, has hardly featured in his sets in a decade, but still sounds like the breakthrough that it should have been in a parallel world. 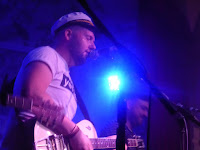 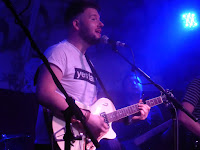 Both the band and crowd are a little more enthusiastic at the evening set than the afternoon one, probably because of alcohol, but it also feels like that the pressure of playing the songs together in front of people for the first time in years has been lifted in the second show. There's sections of The City Is At Standstill and Shall We Dance where the audience take the song away from Liam and looking round the room it's clear that these songs mean a lot to some of the people here. There's a lot of humour as well, Liam talking about having "Frost Rules" shirts made, impersonating Michael McDonald doing backing vocals for Taylor Swift and a girl nicknamed "Karen No" who was once the object of his affections and who If Tonight We Could Only Sleep was named after.

Hopefully the news that the band will record together means this isn't the final chapter of The Slowdown Family story but rather a bookmark. If Who's Going To Love You? and When I'm Alone are anything to go by as a marker for the new material then the future looks bright for fans of Liam. However tonight wasn't about the future, it was about celebrating and commemorating an extraordinary record and both shows were an unquestionable success.

Liam Frost And The Slowdown Family played (twice) - I Woke Up From The Strangest Dream, At First It Felt Like Darkness, The City Is At Standstill, She Painted Pictures, If Tonight We Could Only Sleep, The Mourners Of St Paul's, Is This Love, Paperboats, This Is Love (solo), A Fever And A Shifting (solo), Skylark Avenue (solo), Roadsigns And Red Lights (Liam and Pete), Shall We Dance, Try Try Try, Who's Gonna Love You? and When I'm Alone.