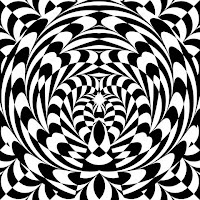 2014’s debut LP Departure was hailed by many as a classic. Appearing on the Sonic Cathedral label and mixed and mastered by the legendary Sonic Boom,The Vacant Lots quickly forged a reputation as a great live band thanks to their incendiary shows.

Opening track Promise Me has a pulsating drum and is driven along by a dominant bass. Add to that some Playing With Fire era guitars drenched in feedback and you have another classic.

Next up is Verschwinden and a complete turnaround from the opening onslaught. This time, The Vacant Lots take their lead from Kraftwerk. Implementing the three chords good, two chords better, one chord best strategy seems to serve them well here and there's a hypnotic tone to Verschwinden before the uplifting Land takes over. This time, swirling guitars and a Velvety organ are at the fore. For me, the pick of the EP.

Rounding off with Funeral Rites sees The Vacant Lots pay homage to Laser Guided Melodies era Spiritualized. It is hard to believe that there are only two of them in the band!

The Berlin EP showcases what The Vacant Lots are all about. Beautifully produced, it marks a progression from the debut album yet cements their reputation as one of the finest alternative rock bands currently playing on the ever growing psychedelic circuit.

If this EP is anything to go by, the second album is likely to be very big indeed.

Email ThisBlogThis!Share to TwitterShare to FacebookShare to Pinterest
Labels: The Vacant Lots