Track Of The Day : The Sundowners - Great Beauty 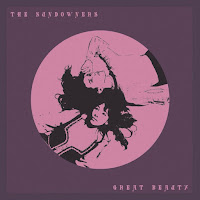 Great Beauty is the first single to be released from The Sundowners' forthcoming as-yet-untitled second album. The follow up to 2015's self-titled has been eagerly anticipated for some time now as they've been slowly revealing tracks at their live shows throughout 2016.

Drenched in Niamh and Fiona's dueling but complementary vocal harmonies and with a sixties-tinged but thoroughly modern guitar and organ sound throughout, it's got a harder edge to it than most of the debut album without losing the warmth and immediacy that characterised so much of that record.

No details have been revealed yet on the album's release date.  It was recorded with Rich Turvey and James Skelly of The Coral at Parr Street Studios in Liverpool.

Email ThisBlogThis!Share to TwitterShare to FacebookShare to Pinterest
Labels: The Sundowners