TRACK OF THE DAY : The Regrettes - Seashore 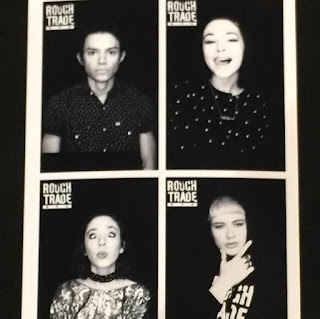 Seashore is the explicit single from The Regrettes' debut album Feel Your Feelings Fool! ahead of UK tour dates in September and October with SWMRS.

The Regrettes are a four-piece from Los Angeles fronted by sixteen year old Lydia Night, and comprised of Genessa Gariano on guitar, Sage Nicole on bass and drummer Maxx Morando.

Seashore is a spiky, direct and pointed attack on those that dismiss Lydia "you're talking to me a child, hey, I've got news, I'm not a little girl, hey, I won't give you a little twirl" with the killer punch line of the chorus "you can just go fuck yourself" spat with a venom that means business.

Lydia also recently spoke to Medium about Finding My Strength to Conquer Body Insecurity which is a brave and important statement on an issue that teenagers (and older) often don't talk about.

Seashore can be found on their debut album Feel Your Feelings Fool! which came out in January but is currently only available on import in the UK.

Email ThisBlogThis!Share to TwitterShare to FacebookShare to Pinterest
Labels: The Regrettes