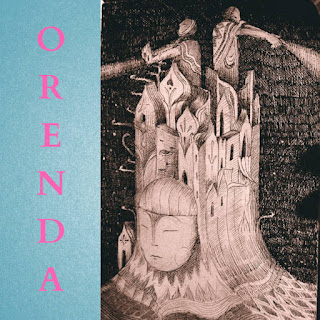 OLA (One Little Atlas) headline Soup Kitchen in Manchester tonight. We caught up with Kevan for a chat about the gig and their new single Orenda.

For those that don’t know you, could you introduce OLA and tells us a brief history of the band so far?

OLA (myself and Dean) has been our project since roughly mid 2000’s during which time we have been composing electronic music for both visual artists and live performances. We use inspiration taken from our surrounding environment to emphasise on our projects, often using landscapes and textures or even film when writing.

It’s been a while since we last heard from you. What have OLA been up to?

We have been relatively quiet with our live performances and spent the bulk of this year revising our live set and writing a lot new material.

Your new single is out today. Could you tell us a little about it?

ORENDA has been an idea which we’ve had for a fairly long time now. We always wanted to make more of the original piece of music which started out as an entirely acoustic Track from a rough concept EP myself and Dean wanted to release. It’s probably our most accessible song to date as we’ve often steered fairly wide of convention before now. We’ll be performing it live for the first time alongside it’s official online release, so we’re extremely excited about it. Dean has been working tirelessly with the production and mastery over the last few months so it should sound exactly how OLA fans would expect.

Do you have much more new material ready to go and can we expect to hear more of it soon?

We have got a series of projects we are hoping to realise over the next few months. We’ve been working with some new visuals and analogue equipment while writing that is giving our live shows a very fluid dynamic which we hope to implement going forward. We’ve some new material (music and videos etc) we’ll be releasing in the future to get more content online. We’ve also been working with an acclaimed short film maker with which we are very excited about but that is all that can be said at present.

You’re headlining Soup Kitchen tonight. Have you got anything special planned for the show?

We’ll be accompanied on stage by a very talented session musician. We’ll also be playing with new visuals and new songs and also some fully revised older tracks. It’ll be good to be back on stage performing again I look forward to audience the engagement and response.

The single is available on Bandcamp.

Remaining tickets for the show are available here.