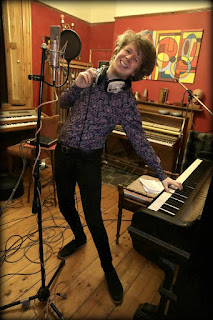 Alone Again is the new single from Bolton singer-songwriter James Holt. With a video shot in the basement club Night People in Manchester, the single confirms his place as one of the city's most promising singer-songwriters.


Like many of James' songs, Alone Again shows him not afraid to put his own twist on a number of different musical styles within the same song and segue them together seamlessly into something that feels instantly familiar, but also retaining a personality and individuality of its own, whilst his rich expressive voice adds depths to the lyrics, something that connects with audiences new and old as he did when he supported The Slow Readers Club earlier this year and a previous single Whatever Happened To John? was lauded by Brian Eno.