She Makes War - Brace For Impact 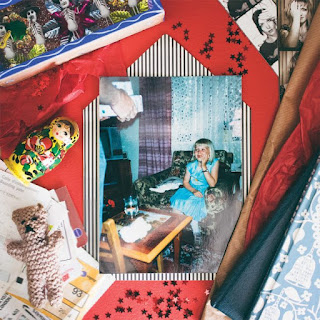 Brace For Impact is She Makes War's fourth album and finds Laura Kidd rocking out like she's never done before without losing her innovative approach to making her music and in the process making her most accessible and intriguing record to date.

“This is a song for the heavy-hearted” is the album’s opening line on lead single Devastate Me as crunching guitars make their presence felt right at the very start of the record. Laura continues “lost friends and the dear departed, kiss like a cannonball, handle your alcohol” with a bit between her teeth. It’s a bold confident opening to the record and one that sets the tone for what’s to come. London Bites has a dramatic beat behind the verse that spells the trials of living in the capital city, urging in the chorus to “find safety in strangers because this city bites.” At other points it alludes to the expectations placed on artists in London in a dog-eat-dog world that’s less vitriolic around the country.

“Don’t let go darling, we are strong enough” is the positive message of Strong Enough, a song of hope, but also of the promise to come and help the song’s subject matter overcome their own problems and solve her own together at the same time. It’s sung with a voice brimming with empathy and cleverly layered with backing vocals to give the words an additional lift. Those biting crunching guitars return with a vengeance on another recent single Undone, talk of displaying memories in a mausoleum and lighting candles and exclaiming "they say life goes on, but I've come undone, some days I just clearly miss someone" as if it's a form of exorcising demons and the past.

Then The Quiet Came is drenched in pathos opening with "the bad thing, the very sad thing" to a simple acoustic strum as Laura reflects on the process of heartbreak and losing a friend as a relationship falls apart with vocals that sound like a conversation she's having in her head and she walks away reflecting "I picture myself getting older, but it's not with you" as she finally escapes the sadness and looks forward to better times. Fortify starts with a claustrophobic drumbeat, talks about disobeying gut feelings and kissing frogs in an assessment of relationships that concludes if it's not right she's better on her own with the advice to herself to "look forward, look high, we will fortify" which given her recent marriage announced on social media she's listened to and acted upon. As with much of the record, it does feel like Brace For Impact is the moment the emotional journey of her previous records comes to an end as the finishing line comes into view.

Weary Bird is another riff-laden song, its exhortation for the song's subject to rest their wings seemingly in contrast to the music which explodes into a gloriously upbeat chorus where Laura shows off ranges of her voice she hasn't previously on the record, telling the subject "wishing you peaceful sleep in your sanctuary" as she departs. Let Me Down starts with beautiful swirling harmonies that wrap themselves around Laura's lead vocals as she demands "give me back your crown" as guitars ramp up and build a taut tense atmosphere.

Dear Heart is a letter to self, a honest, reflective look back at bad times where she didn't put herself first - "dear heart I was wrong for all the things I put you through... you've been neglected, been abused, I will always treasure you" Love This Body is a revelatory exploration of the concept of body dysmorphia and the impact it has on an individual's thought process and self-worth - "I'd like to learn to love this body like you do" and "I was not my best friend, even though I should have been." It's a brave subject matter to tackle, but one that affects so many and the way she addresses the battle is an inspiration - "It's not the weight of my shape that matters, it's what I say, sick of beauty queens, I'll smash my mirror, but eat my greens."

Hold On is an uplifting hand of friendship being offered to someone looking for their destiny as a backstop to go back to if they need help as encouragement to take a risk and be happy. The album finishes with Miles Away, drenched in strings and contemplating "where did you go my friend, breaking the bond I thought would never end." Musically it's a contrast to what's gone before, but it's a fitting end to the record.

She Makes War has never sounded as focused as she does on Brace For Impact, the desire to experiment that characterised her earlier albums remains, but here the targets are marked and her aim locked and she pretty much hits hard and direct every time.

The album can be preordered here.