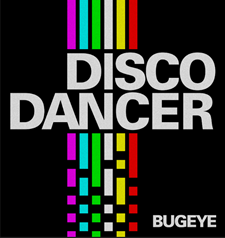 Bugeye return with a new single Disco Dancer out on December 7th. The London band have expanded to a four-piece and this is the first release with the new line up, recorded with celebrated producer Paul Tipler.

The single follows on from Is This Love, Wake Up and Never Let This Go which have given them significant radio attention so far, but this song feels like a big step-up for them whilst retaining the headrush charm of the previous releases.

Email ThisBlogThis!Share to TwitterShare to FacebookShare to Pinterest
Labels: Bugeye