TRACK OF THE DAY / INTERVIEW : Rory Wynne - The Next Day 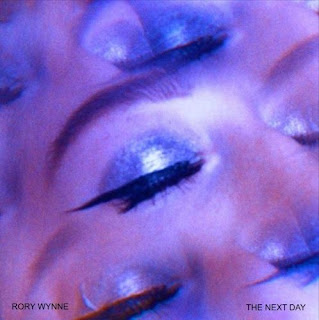 RoryWynne releases his new single The Next Day this week ahead of a four-date residency at Zombie Shack in Manchester. We caught up with him for a chat about the single and the reasons behind playing so many shows in such a short time frame.

You're releasing a new single The Next Day this week.  Could you tell us what the song is about?

Yeah it's that classic story we all know, when everything is going spectacularly - in your mind - but then The Next Day you get the big news from reality, so you eat lots of pasta.

Your previous releases have in the main been recorded in your own studios - was it the case for this one as well?

Yeah it was the same for this one. I wrote it and recorded a demo in a day, and then did the final version the next day so it was a really nice and easy process for this song, and I think that comes across on the recording, it has a loose, feel-good vibe.

Does that give you a freedom to do what you want to do with the songs, rather than take instruction and advice from others and risk losing the sound that you're personally happy with?

In a way yeah, the label I'm on, some of us get lots of help, assistance and some of us are trusted with the freedom to do whatever we want and as long as what I put out is better than the previous release, I'm happy.

But don't get me wrong, if I was offered a major deal where I could work with more experienced writers/producers and play a lot more regularly I'd take it in an instant - even if it meant sacrificing the freedom because I want to be the biggest star on the planet.

You're doing a four-date residency at Zombie Shack in September and October. What was the thinking behind doing so many dates close together?

Each show will be special and it will be nice to play more regularly in Manchester. It's a gamble because I've been playing so irregularly but I have a great feeling about the shows and I've been working really hard on the show and yeah, I can't wait!

Will you be previewing new material at the shows or will it be songs from your album and the EP?

There will be a bit of everything, the EP, the LP, singles and maybe some new stuff. I've tried to fit as much in as I can!

You recently played some dates with Keuning of The Killers. What did you learn from those shows?

Well he's a magical man. I've been a huge fan of The Killers for ages so it was surreal really walking in and seeing him onstage soundchecking. But he was really nice and watched my set and invited us into his dressing room after and we chatted and drank for ages.

So I guess I learnt how to be the coolest guy I've ever met.