TRACK OF THE DAY : Karobela - No Mercy 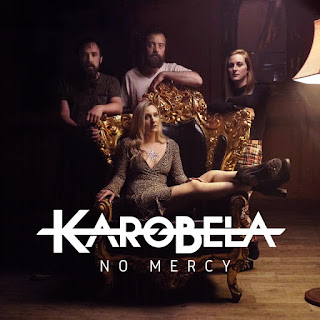 Faversham four-piece Karobela recently released their debut single No Mercy, a song full of big riffs and a soaring confident "don't mess with me" lead vocal.

Describing themselves as "a unique blend of British and American Rock. Dirty and oozing with passion," Karobela's debut single lives up to that billing.

Karobela are Lauren Diamond on lead vocals, Rob Freeman on guitar, Katie King on bass and Ben Gower on drums. They formed out of the ashes of Flawless Carbon and secured a slot at this year's Camden Rocks festival without a single release to their name.

Email ThisBlogThis!Share to TwitterShare to FacebookShare to Pinterest
Labels: Karobela