TRACK OF THE DAY : Odd Morris - The Nothing New 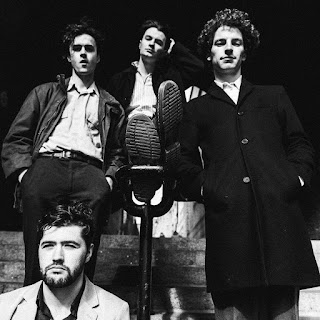 Odd Morris released their debut single What Might Be back in March and have now just revealed a live video to their track The Nothing New through SOMA x O'Hara's sessions.

Hailing from Dublin, Odd Morris are Daragh Griffin on vocals and guitar, Kris Hassett on guitar, Ciarán McCarthy on bass and Sam Martin on drums. The intense nature of the song will undoubtedly lead to comparisons but there's clear water between them and their contemporaries that have trodden the path from the vibrant Dublin scene to the charts both in Ireland and the UK. Those with a keen eye will remember the SOMA x O'Hara's sessions is where The Murder Capital put out their first track More Is Less back in 2018.

Lyrically The Nothing New has poetic qualities - "So as familiar cried surrender, the sun fades on the nothing new. See stray the faces formed. Caught up in a kind of concrete wave. Laden down by the role that sentiment plays" - that perfectly frame the insecurity, uncertainty and despair of growing up in a big city in these dark times. Delivered with a lightly-accented vocal and

photo by Nicholas O'Donnell from the band's Facebook page