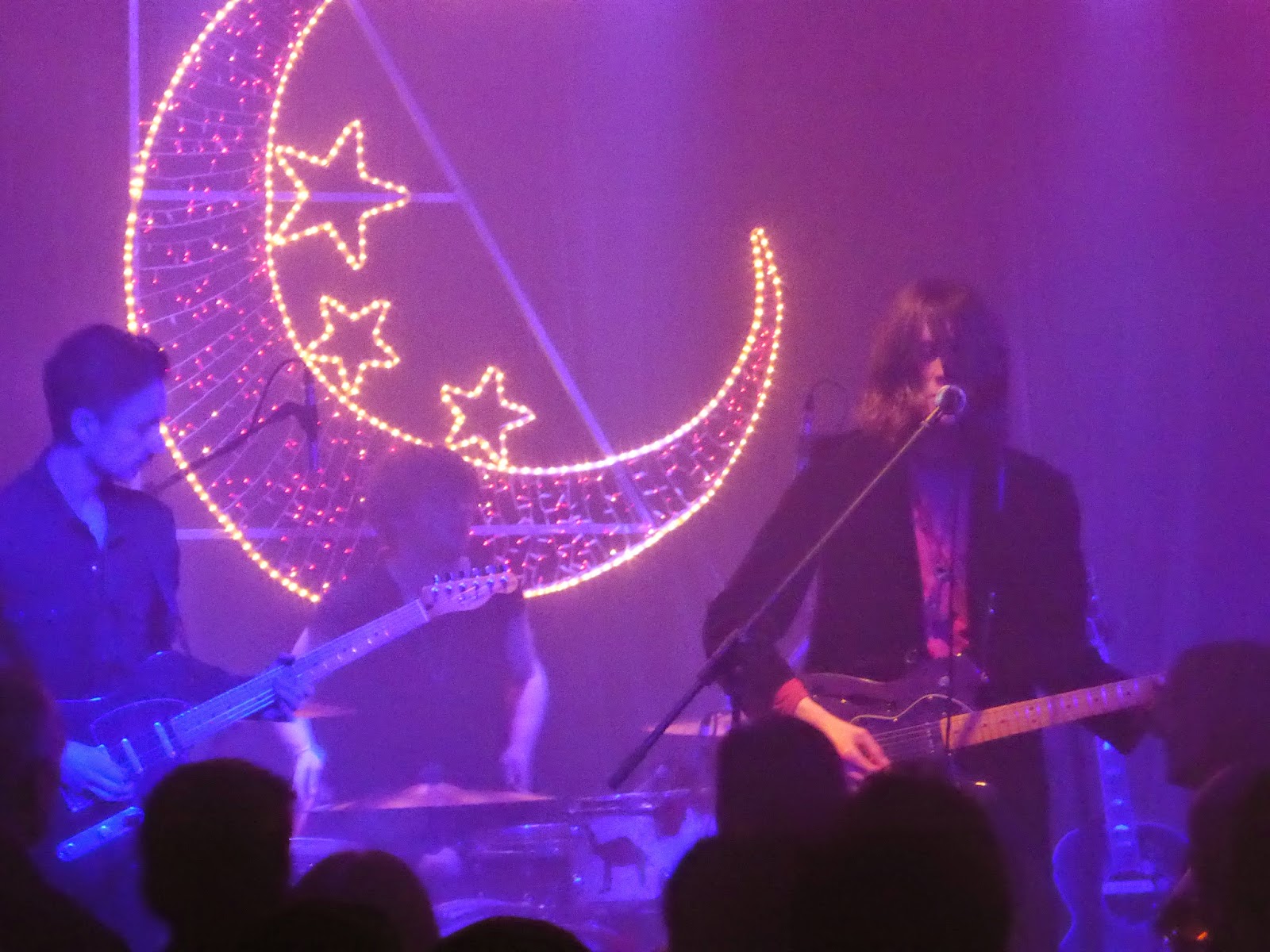 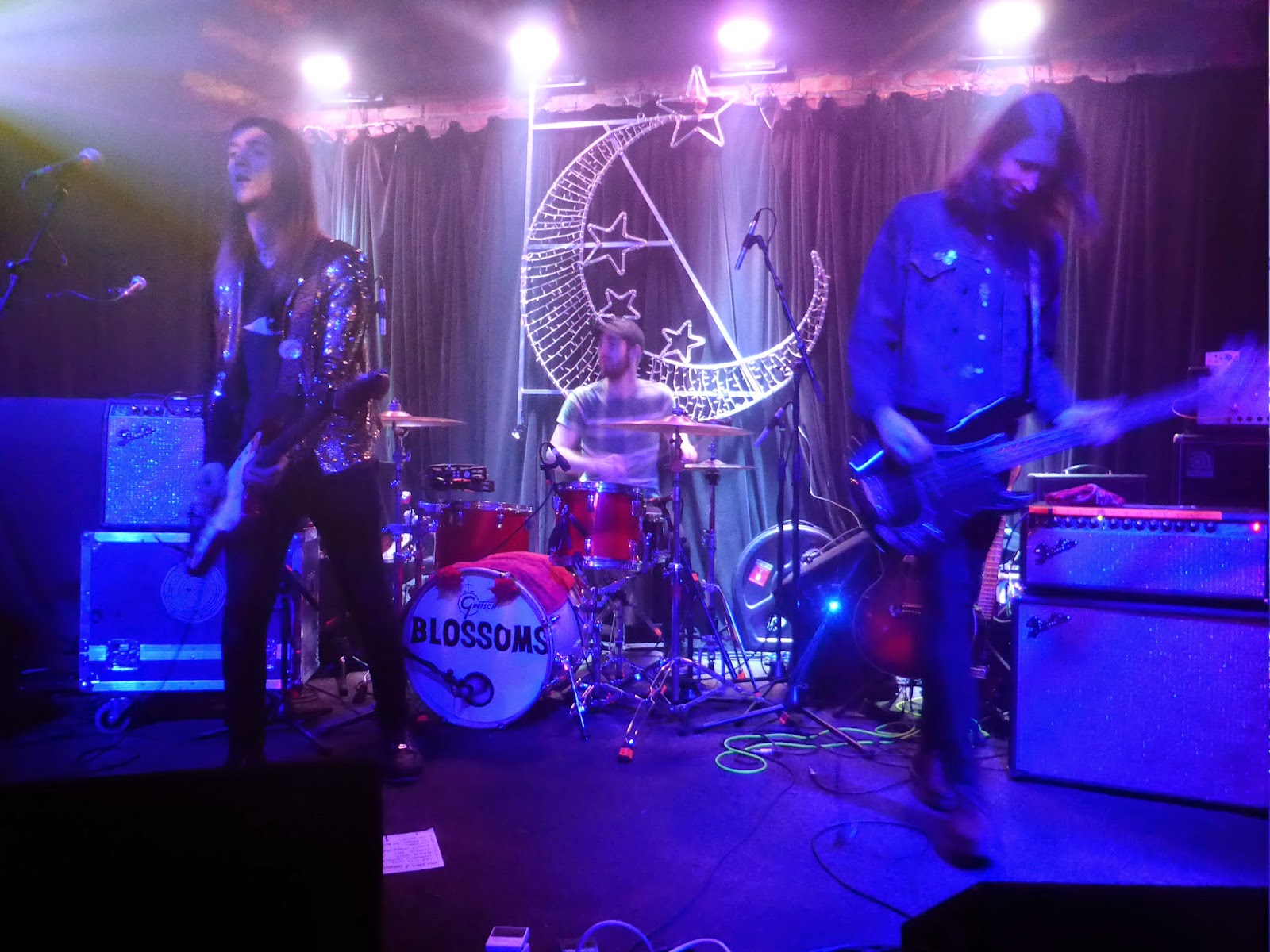 2015 promises to be Blossoms' year. A huge UK tour is planned for the Spring that will take them to cities across the UK and into the hearts and ears of the public. We made the short trip across the Pennines to the wonderful Trades Club in Hebden Bridge to catch their first show of the year, supported by Man Made. 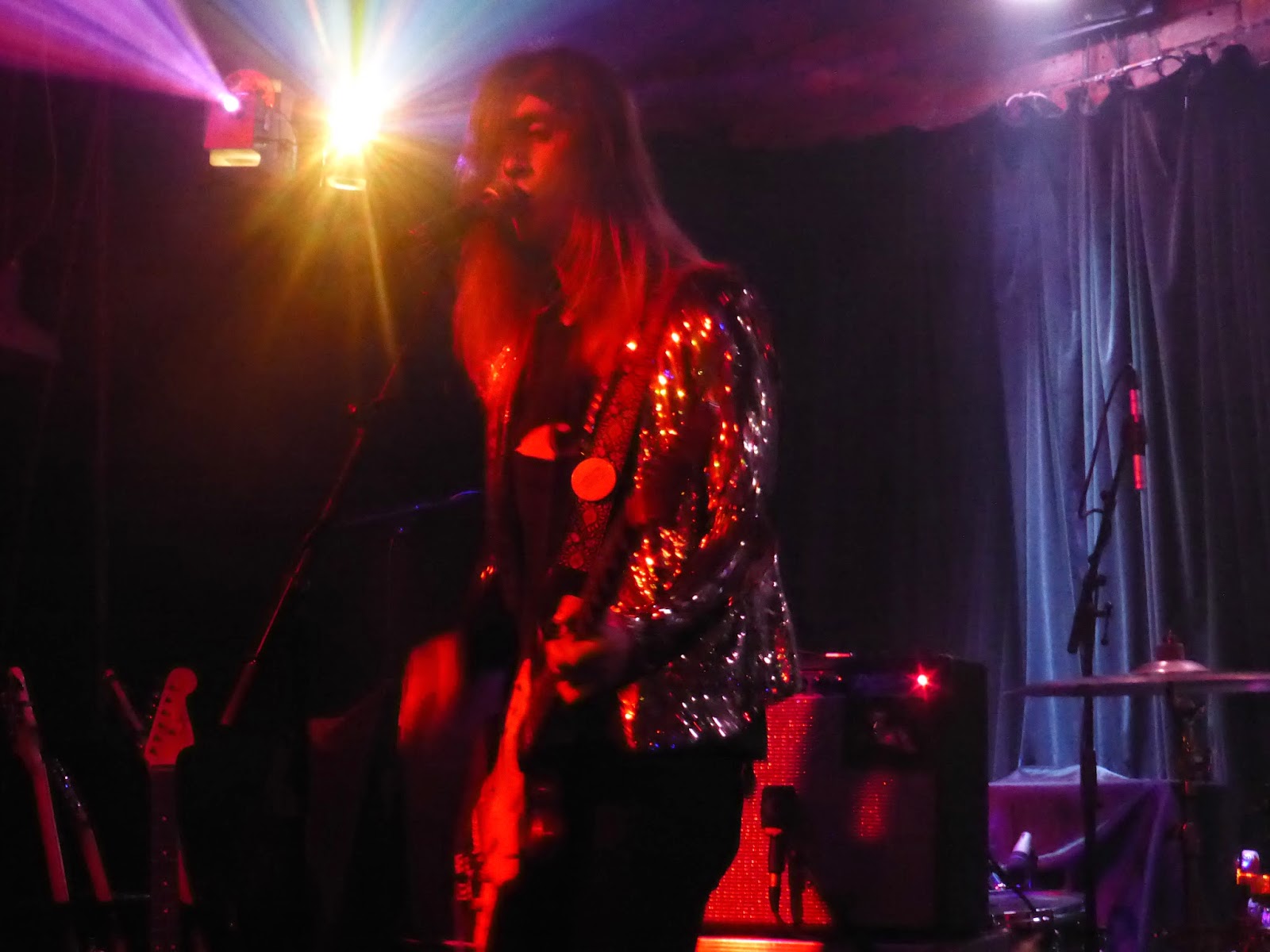 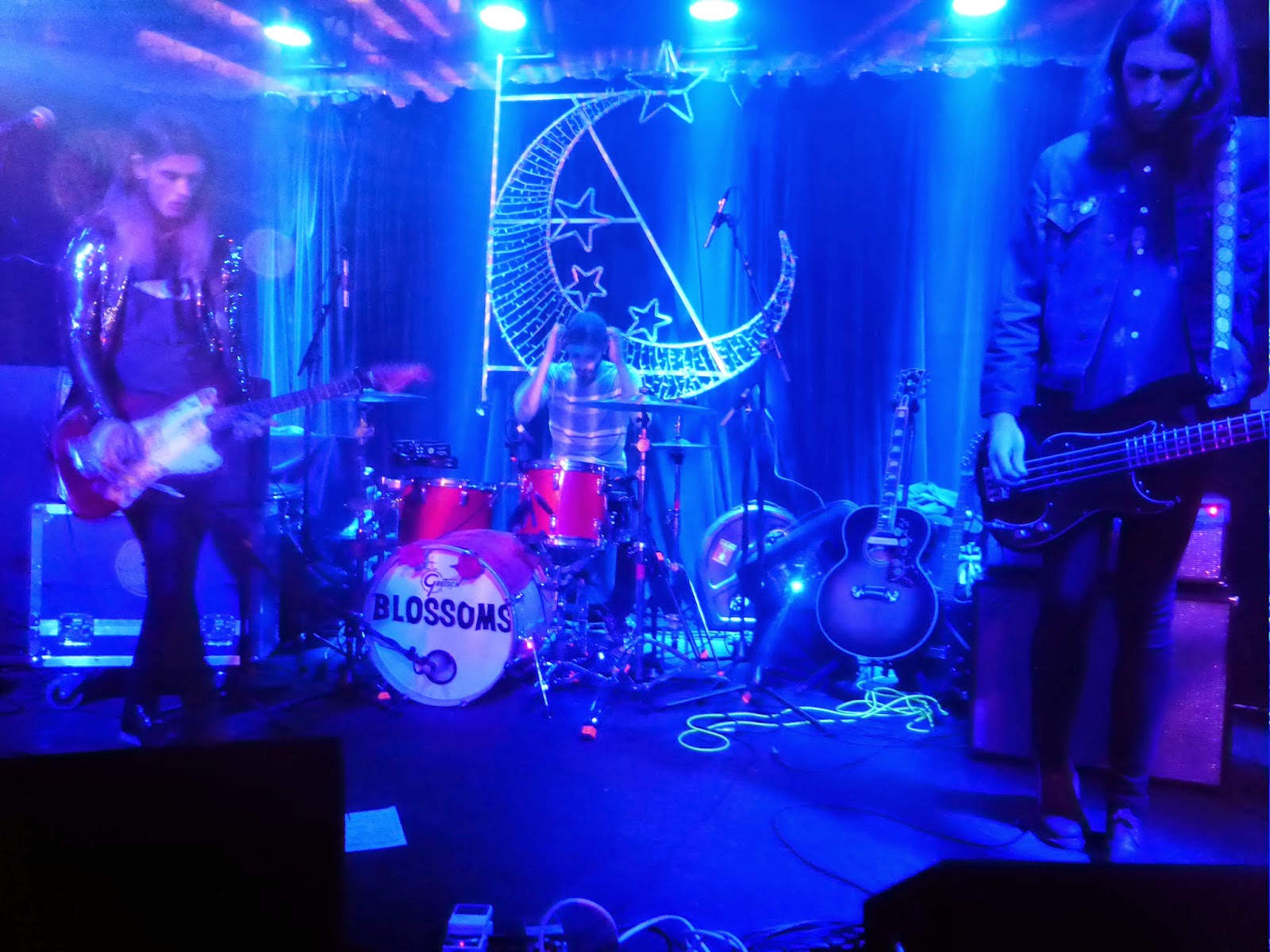 Opening the evening's proceedings are Man Made and they open with new single Car Sick Cars. Driven along by rhythmic drums, it sets the tone for the rest of the set, a series of eight beautifully crafted, elegant slices of alternative rock. We can hear shades of Placebo's Brian Molko coming through in Nile's voice, which is no bad thing.

There's no airs and graces to them, they engage with the crowd and by the time they reach the end of the set, you've warmed to them. As you'd expect, the guitar work on the songs (for those who don't know, Nile is Johnny Marr's son) is spot-on, full of rhythm tinged with hints of funk and soul, particularly on Bring Some and Plastic Keys and last year's single TV Broke My Brain. There's not a band song in the set, but, perhaps crucially, there's not one that stands out yet and screams "I'm the one" and that might be holding them back currently. They're definitely one to watch though. 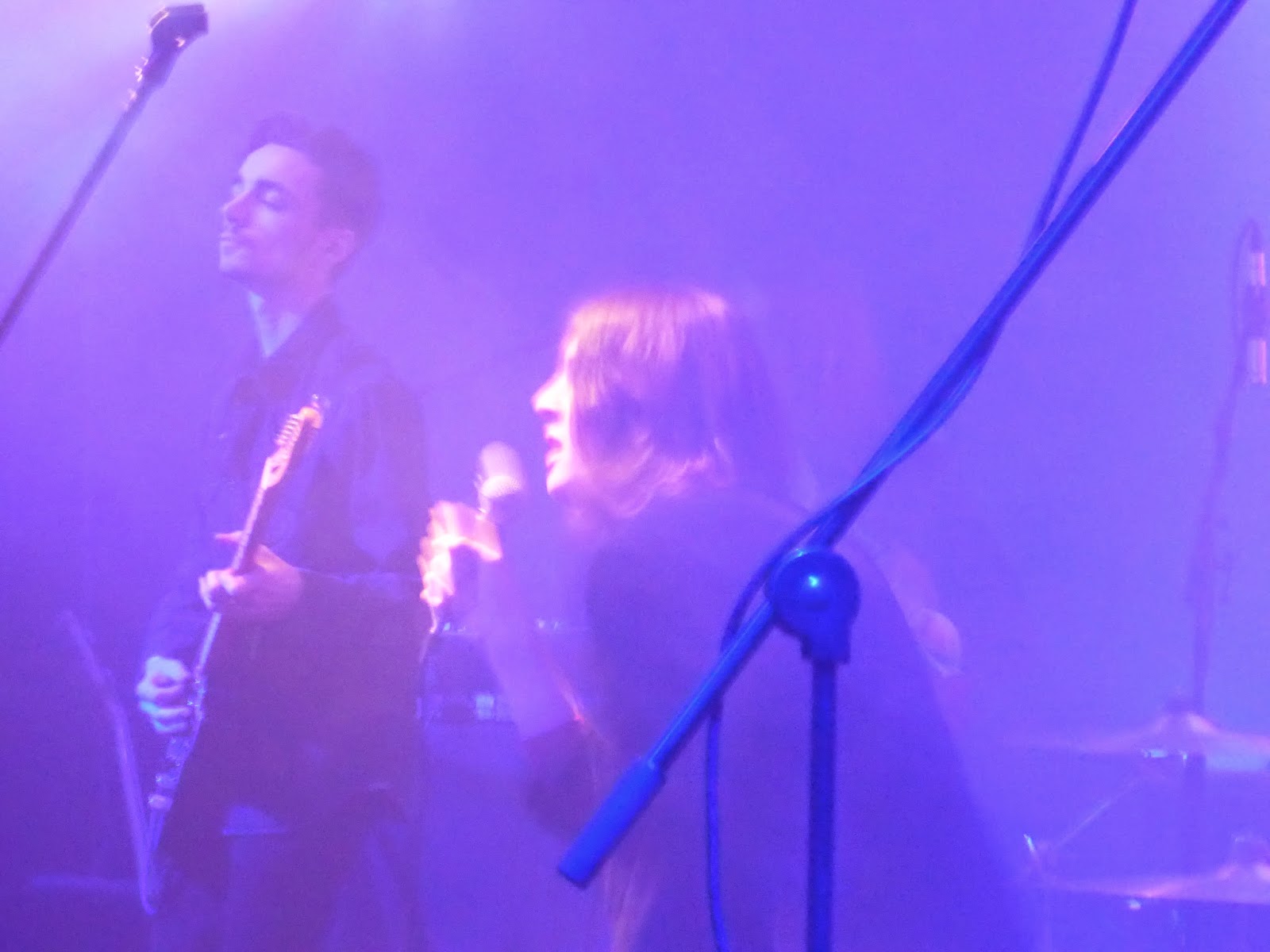 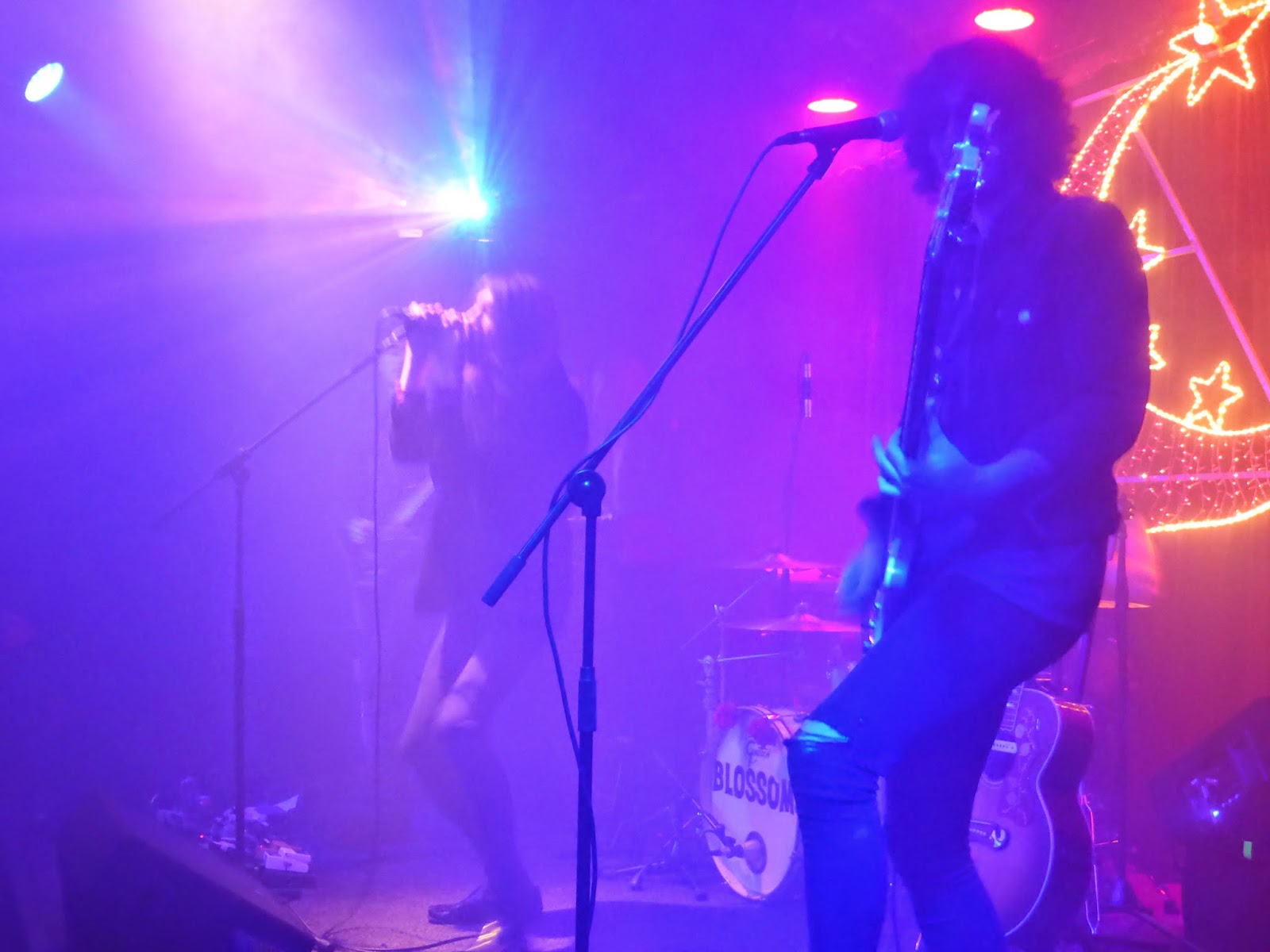 The great thing about Blossoms is that they possess a set of songs already that sound like a set of greatest hits, like a band that's gone through many phases in its development rather than one that's still finding its way and building its audience. They're brimming with confidence and that comes through in the sound they create, the fluid rhythms, loose but fully in control. They've ditched the black roll neck look without any fuss so as to focus any words on their music rather than a look.

Unlike so many bands they're not just about a singer and a group of anonymous mates who could be in any band. Myles' keyboards are central to their sound, but when Josh pulls a guitar solo in the middle of Madeleine, all eyes to turn to him. Bassist Charlie Salt adds backing vocals, but it's his combination with drummer Joe that creates the framework for them to work on. And at the front of it is Tom Ogden, soon to be catapulted onto the walls (or whatever the digital equivalent is) of a million teenage indie girls up and down the country, armed with a swagger that comes from the confidence of fronting a band tooled up with a sound this powerful.

Then there's the songs. The majestic swirl of singles Blow and Cut Me And I'll Bleed will be familiar to those with their fingers on the pulse, but there's so much more to them. They've not just got a classic debut album's worth of songs in the bag, but probably most of the second one as well. There's the brooding menace of Smoke and The Urge, the summer-tinged Kinks-leaning romanticism of our favourite Blown Rose and the keys-embellished Scattered Rain, the sprawling, yet different in each song, organ drawl of You Pulled A Gun On Me, Lava and Goodbye, which we're hearing for the first time tonight and proves our point about the depth of their canon of songs.

As we leave, we talk to a guy who came on a whim, never having heard of them before. He leaves telling us that we'll never see them in a venue this size again. We have a few months of them to ourselves and then we're going to have to share.

Email ThisBlogThis!Share to TwitterShare to FacebookShare to Pinterest
Labels: Blossoms, Man Made