Track Of The Day : We Were Strangers - I Believe 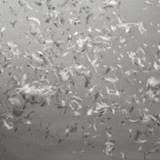 One of the artists we've championed over the past couple of years and one of the first we wrote about was Stefan Melbourne. He's put the solo project on the back burner for the moment and is part of a new collective called We Were Strangers. They've just revealed their first track I Believe and it's our Track Of The Day.


Stefan's distinctive rough-edged vocals are very much in evidence on the track as the music builds ever so slowly underneath him, increasing the anticipation of the song bursting into life and when it does, about three minutes in, you're drawn to soundscapes to accompany a movie set on a dark, misty moor. It's the first track from an EP, entitled Believe, that's out on March 2nd and on this basis, it's definitely one to keep an eye out for. They also play their debut show at London's Bedroom Bar on 25th February.

Email ThisBlogThis!Share to TwitterShare to FacebookShare to Pinterest
Labels: We Were Strangers