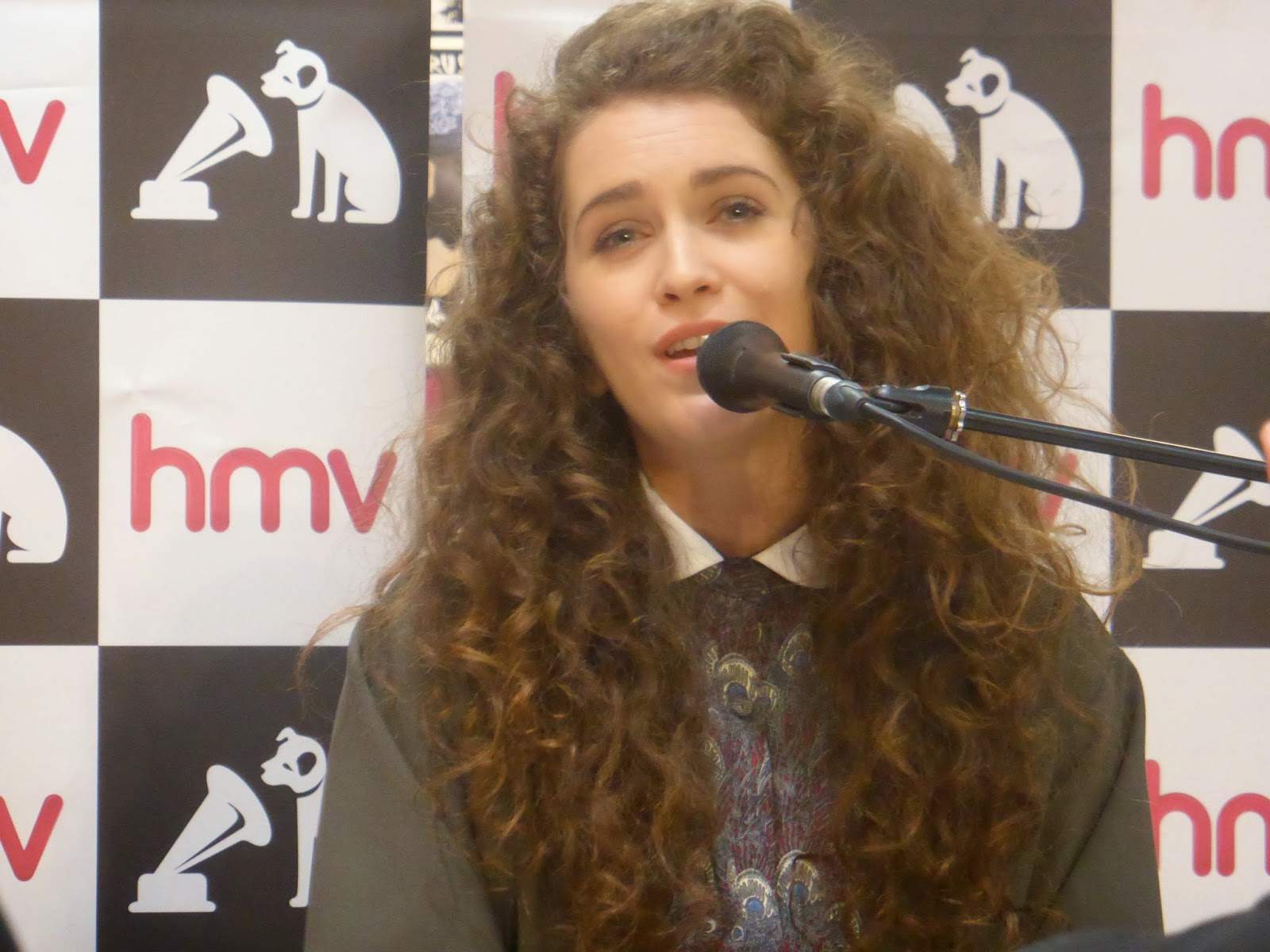 After what seems like an eternity, Rae Morris released her debut album Unguarded on Monday. To celebrate she played an intimate in-store gig at Manchester's HMV store followed by a signing session. We went along to check out how she's coping with life in the spotlight.

It's three years since we wrote about Rae Morris in one of our first live reviews and whilst we like to think we've developed in that time, the transition in Rae Morris is a remarkable one. Gone is the giggly teenager, slurping diet coke and giggling nervously between songs whilst hiding behind a mane of curly hair and in its place is a supremely confident young woman with an album that mixes some of those beautifully fragile early songs with newer more direct material that reflects that transformation from girl to woman. 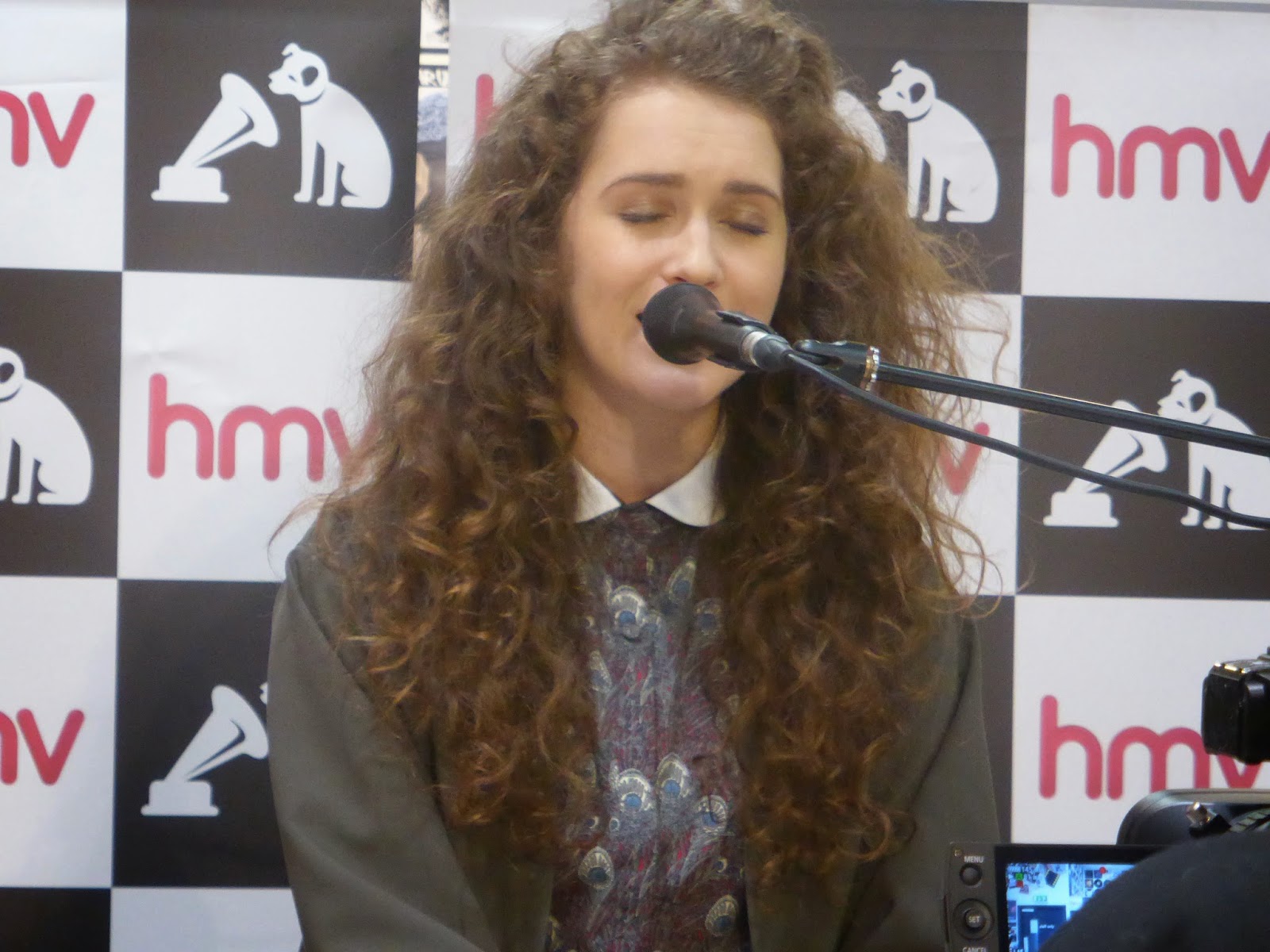 She plays alone tonight, as she did when she first started before she formed a band around her, and being the ones that stand and say "we knew her first" we prefer it that way because it was that voice and that keyboard that got us hooked. She performs five songs from the album and it's a mix of the older songs such as Don't Go and the newer, recent single Under The Shadows and her next one Love Again and title track Unguarded which was one of the last written in the album sessions. She takes time out between songs to talk about them and the experience she's going through and you can still see that slight bemusement at what's happened to her, a nervous glance sideways at the shelves of vinyl displaying her face.

It's been a long road for Rae to get to this point, but it feels like now is her time and it's the right time to release this album. She's as chatty as ever at the signing and when we probe her about our favourite song of her Walls, she tells us she'd hope to do something with it one day. It's great to see someone who genuinely deserves it make a breakthrough and hopefully this is just the start for Rae.