Track Of The Day : Colour - Strangers 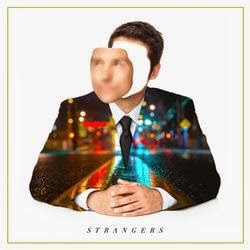 Colour describe themselves as "art pop" and have just released their debut EP Strangers. The four-piece hail from Stoke and Liverpool and have been gathering a rising reputation around Liverpool over the past few months. We love the title track of the EP and it's our Track Of The Day.

There's shades of Dutch Uncles in this, but they've crafted a set of songs that have their own personality coursing through them. BBC Introducing Stoke named them as their best new band in 2014 even ahead of the release of the single and Liverpool's musical oracle Getintothis have also been raving about them, so they're already gathering some influential backing and the EP is set to gain them a whole new raft of fans.

It can be listened to in full on their Soundcloud page and bought from their Bandcamp.

They play Manchester's Band On The Wall next Friday (30th).

Email ThisBlogThis!Share to TwitterShare to FacebookShare to Pinterest
Labels: Colour