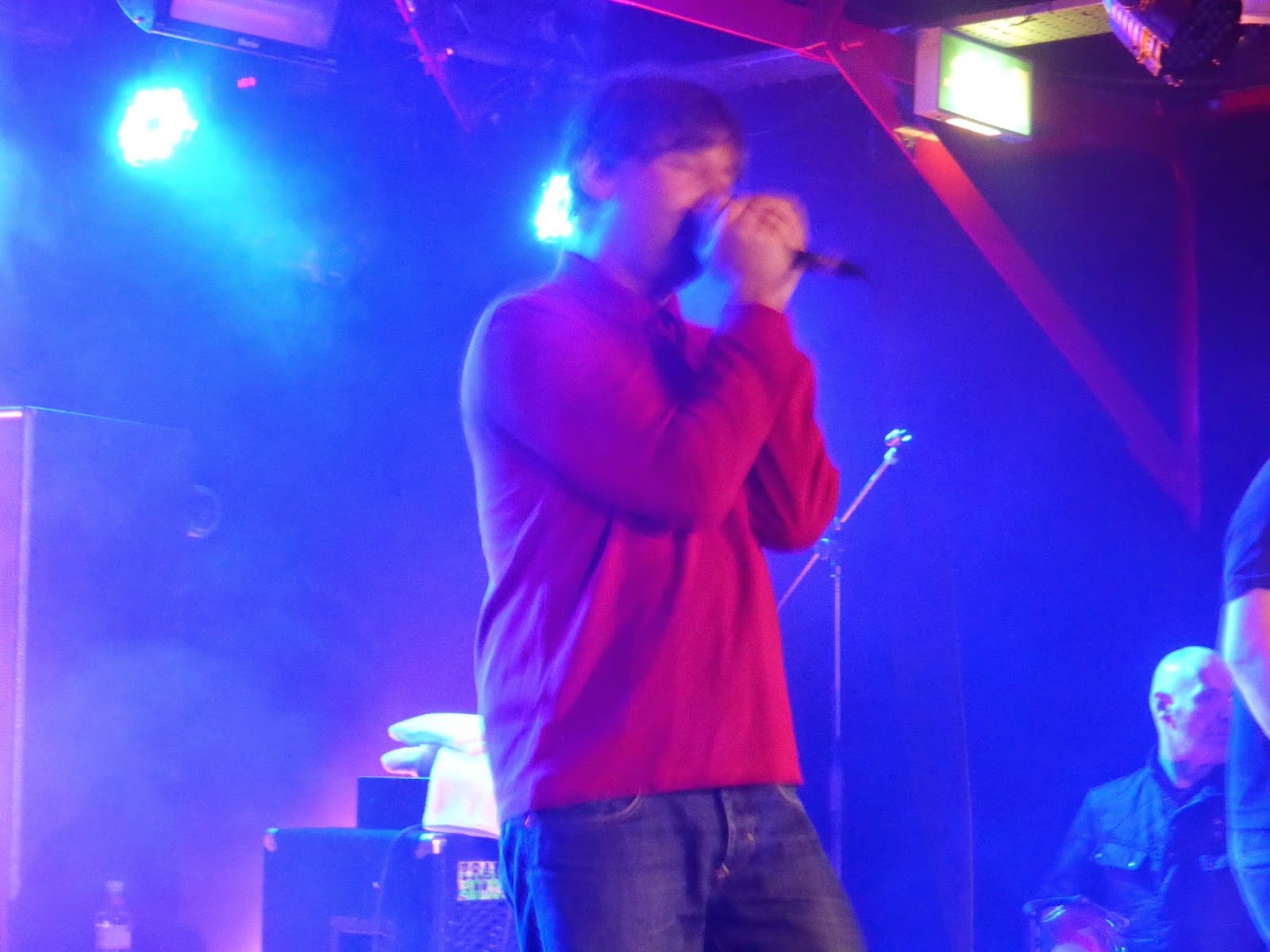 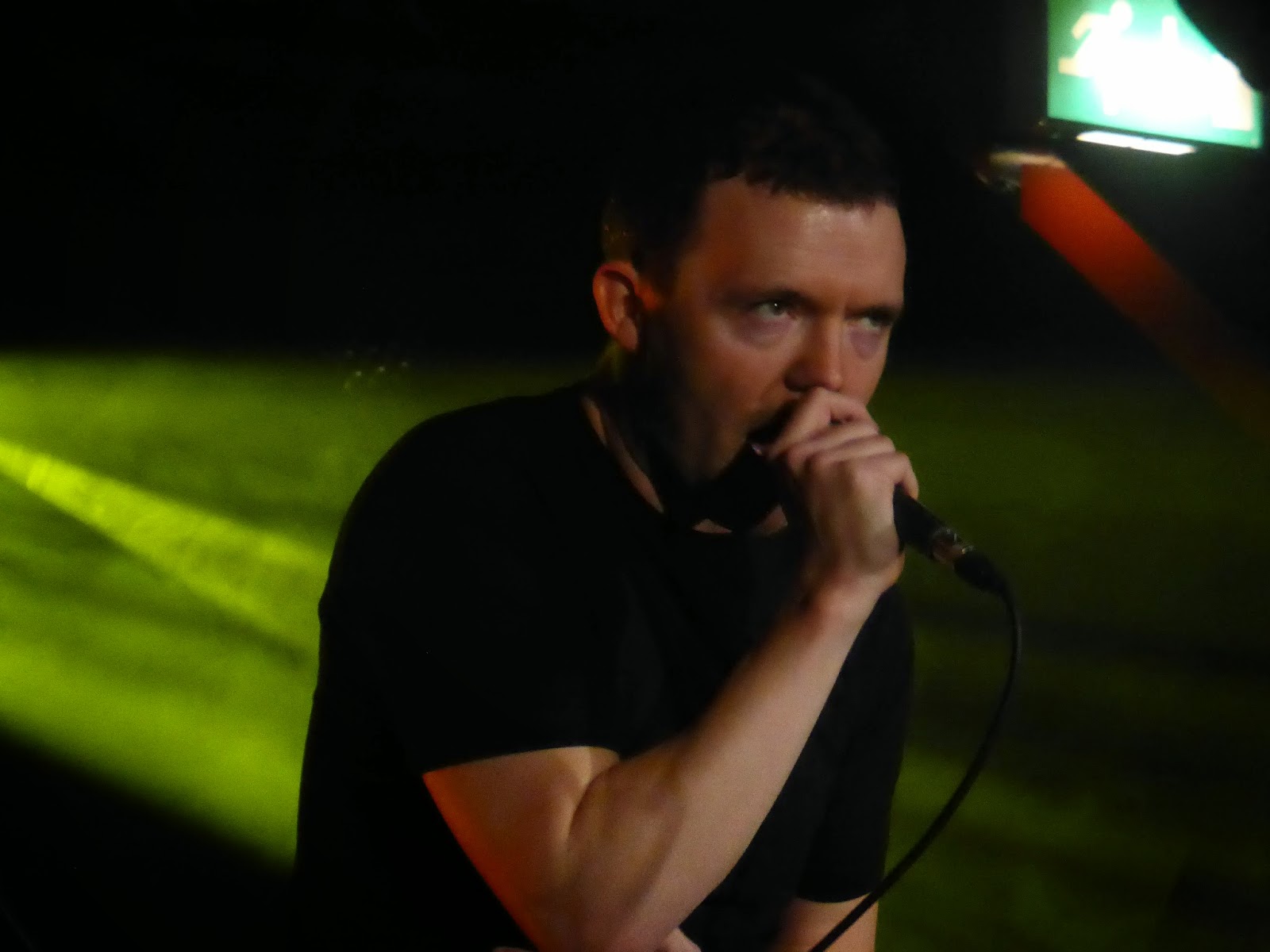 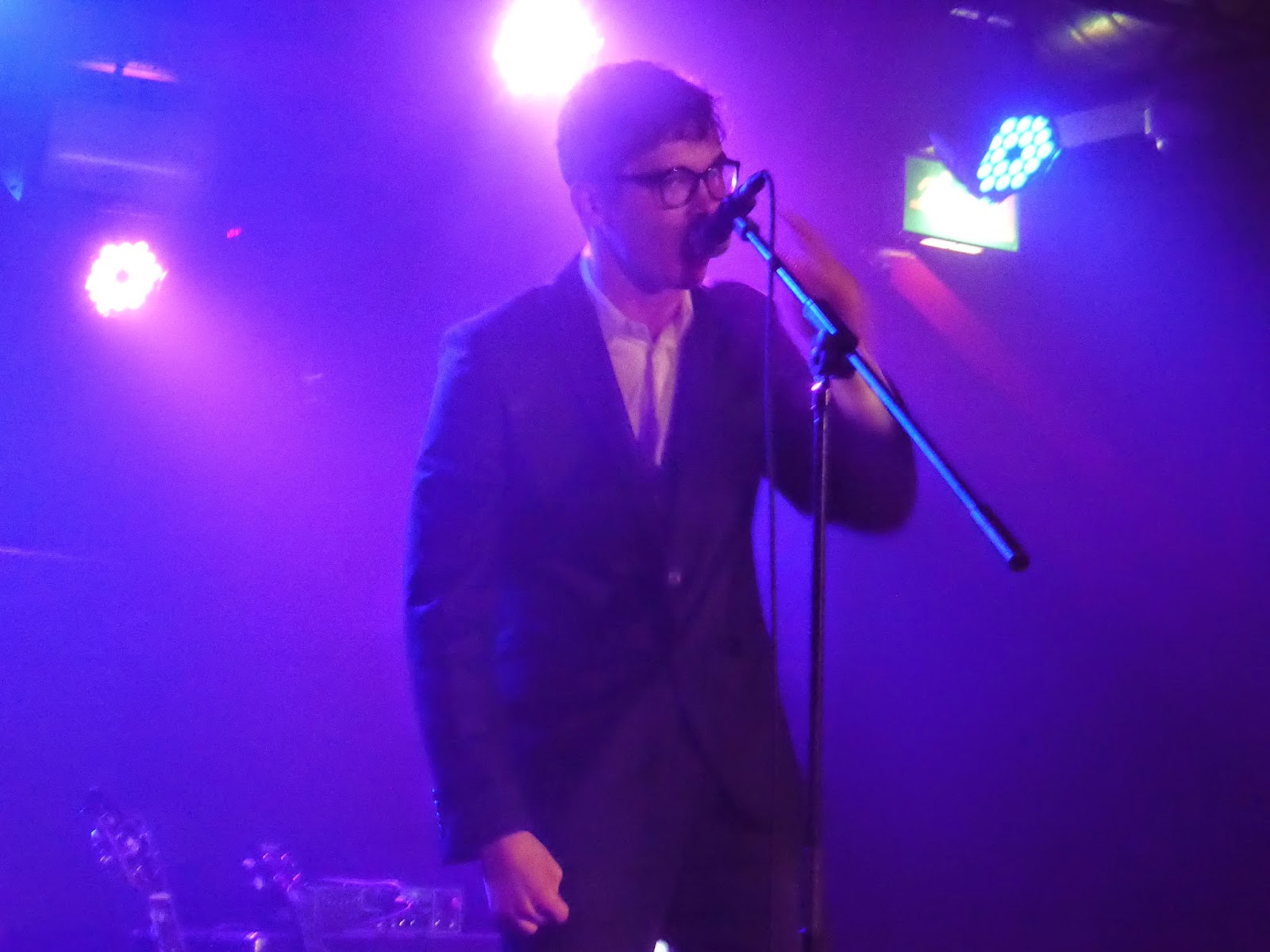 One of Manchester's finest gig haunts, Sound Control, turned five with a birthday party celebration featuring a trio of Manchester's finest bands - a mix of the brand new, the locally established and criminally ignored and a reformed band reaching new glories. Jordan Allen, The Slow Readers Club and Northside made it a fitting tribute to the venue. Jordan Allen opens the evening's proceedings. He starts by reading a poem out, entitled The Boy That Time Forgot, which could be perceived as slightly pretentious, but it's an introduction to the literate, intelligent songs that initially him solo and then his band perform tonight. Next single Space is a step back from the adrenalin driven likes of Daydreamer's Girlfriend, Rich And Famous and Set In Stone, that got Jordan known and lumbered with ridiculous and lazy comparisons to Jake Bugg. There's a million and one young singer songwriters in Manchester that need to watch and learn from Jordan. Tonight's set is perfectly paced, builds and is varied avoiding each song just sounding like a variant of the last one and he has all the charm and personality needed to win over a tough audience which is probably older than his parents. 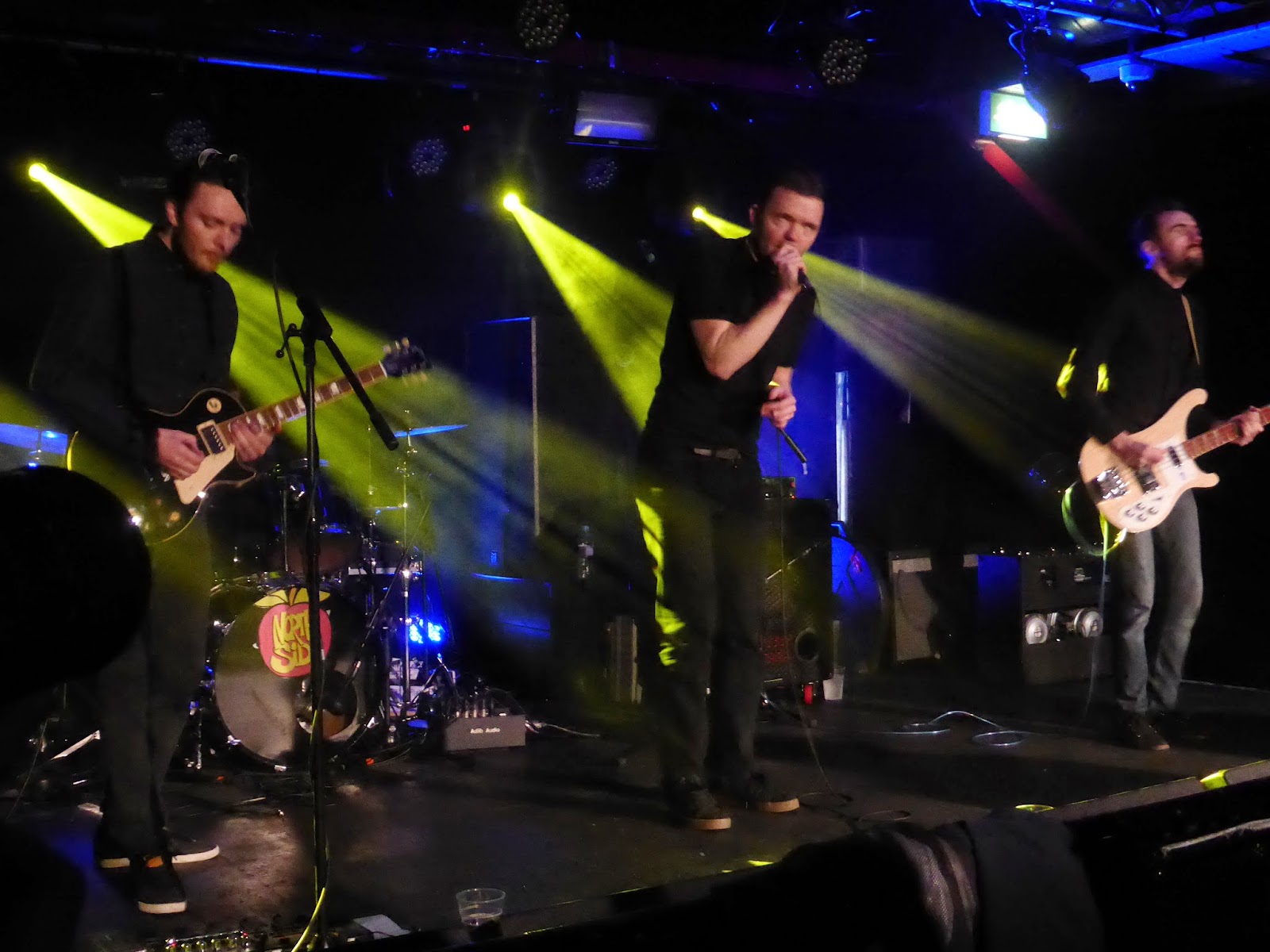 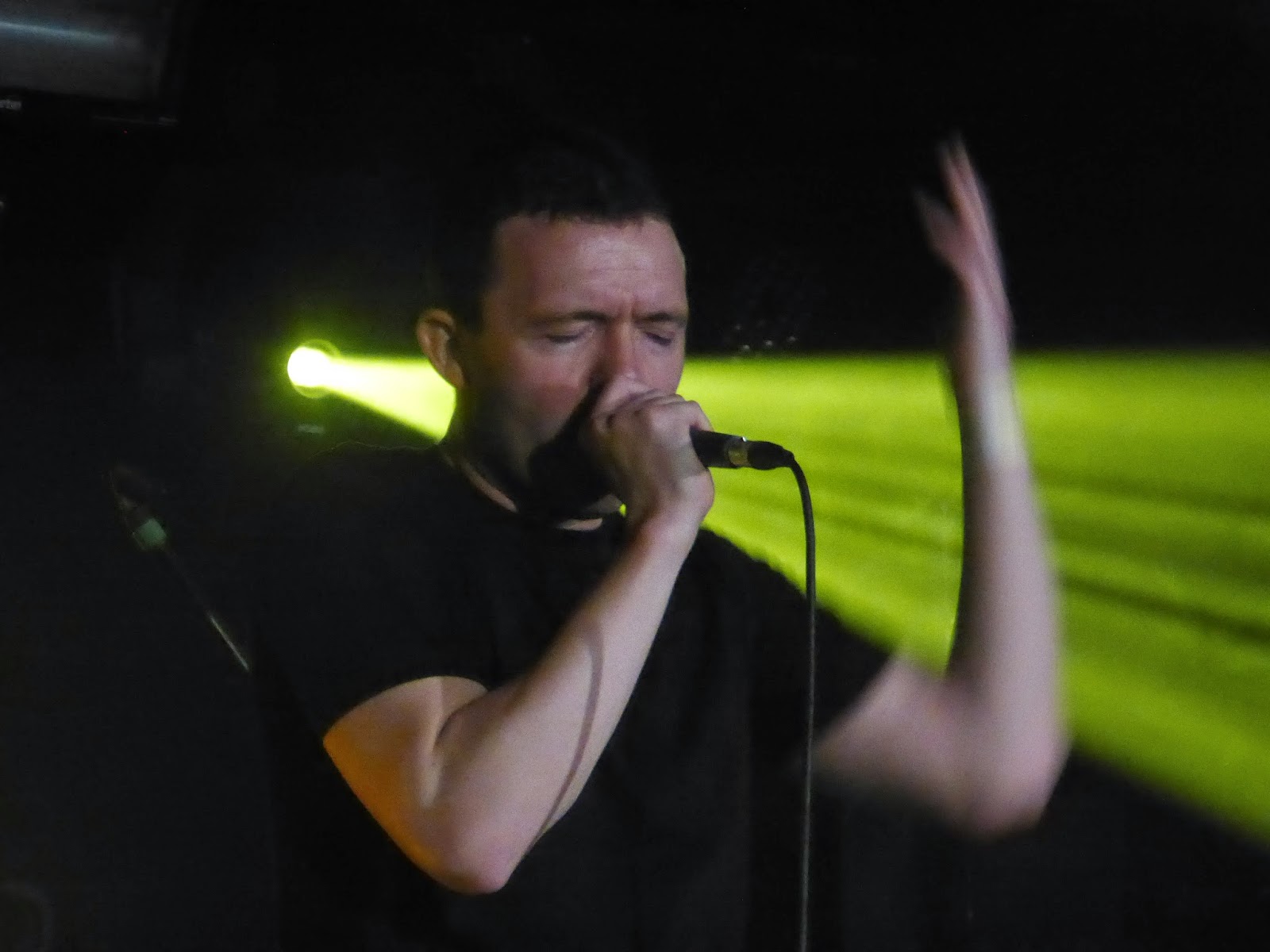 This is The Slow Readers Club's first show in 2015 as they prepare for the release of their long-awaited second album in April. We've waxed lyrically about them in the past, but they do appear to be getting better every time we see them. That time spent holed up in the studio has seen them develop further that instinctive chemistry and confidence that all the truly great bands possess and it's noticeable how much more confident they look and feel and sound up there.

Tonight they're restricted to half an hour, but we get a mix of that new album - opener and live staple Fool For Your Philosophy, the two huge-sounding singles Forever In Your Debt and Start Again and the equally compelling Days Like This Will Break Your Heart and a new song that strips away some of the electronic backing and hints at a much more guitar based sound that we've not heard from them before. There's also the big moments from their debut - singles One More Minute, Sirens and Feet On Fire. They're the best band plying their trade around Manchester at the moment and the album is going to be something special. 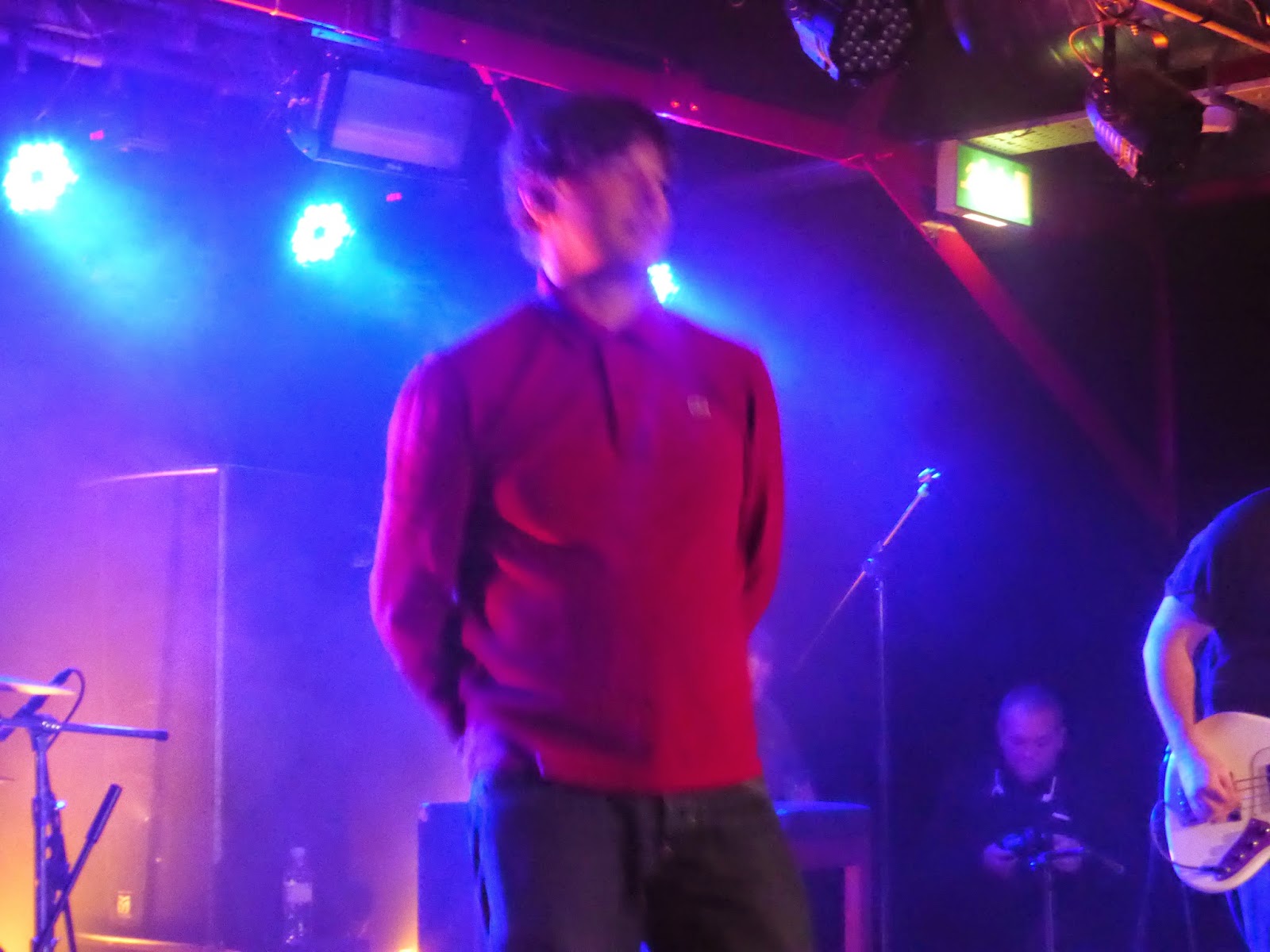 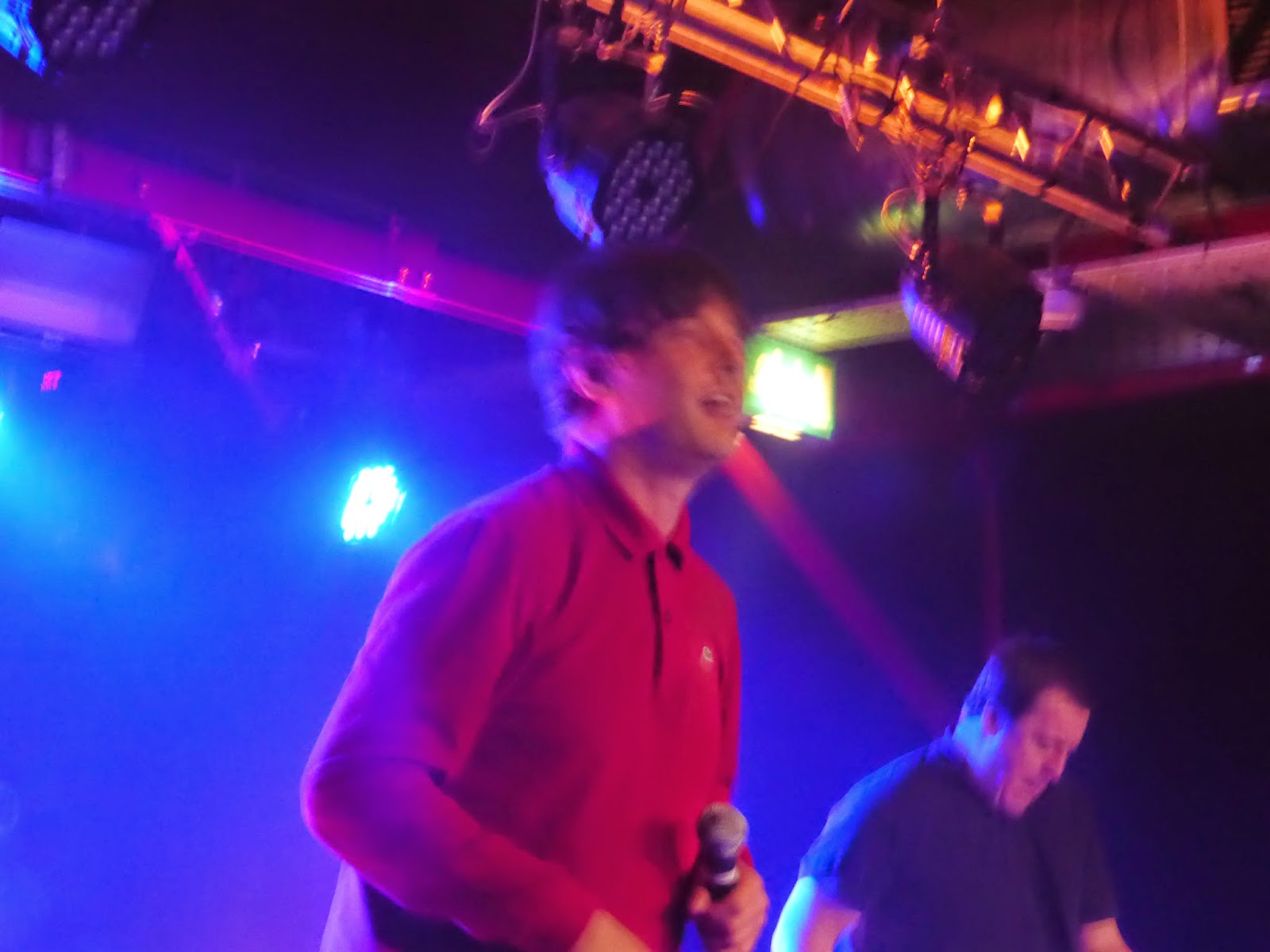 Northside are probably the most Manchester of the bands of that era when they emerged. Dermo, who looks like he was about two 25 years ago, is a jack-in-the-box front man, never standing still, chiding those that didn't make it in the snow and asking someone what they had for their tea. Add in the references to Manchester throughout, from the obligatory MVITA cry and a dedication to Tony Wilson through comments such as "it's nice to be where you're from" to name-checking legendary record store Eastern Bloc and it's no surprise that there's a lot of love in the room for them from many who probably witnessed those legendary shows at the PSV Club and Hacienda.

The fact is though Northside are now a much greater live band today than they were back then. That naivety of youth has been replaced by an extremely tight fluid rhythm section that vividly brings to life the fluidity of those jam-like tracks that made up their only album to date Chicken Rhythms. Practice Makes Perfect and Funky Munky kick off proceedings and immediately prove that point, allowing Dermo the space to lead his tribe in a celebration of a time gone by, throw in bits of Public Enemy and engage in psychobabble between songs. There's also the wonderful Pleasuredome, sadly left unreleased like so many great new songs, when the second album was stopped dead in its tracks by the demise of Factory.

Of course it's that trilogy of classic singles that make up the end of the set that has the audience partying like it's 1990. Debut single Shall We Take A Trip and its frankly superior b-side Moody Places ("the best song we wrote"), My Rising Star and Take 5 are all stretched out, frantic, scurrying, on the brink of collapse, but completely compelling tracks that have dated surprisingly well with the reinterpretation the band have put on them.

There's been plenty of reformations of bands from the 1990s that have been poor attempts at recycling past glories. Northside, along with a few other notable exceptions, have bucked that trend and are a much greater band now in 2015 than they were in 1990. Who'd have thought it?