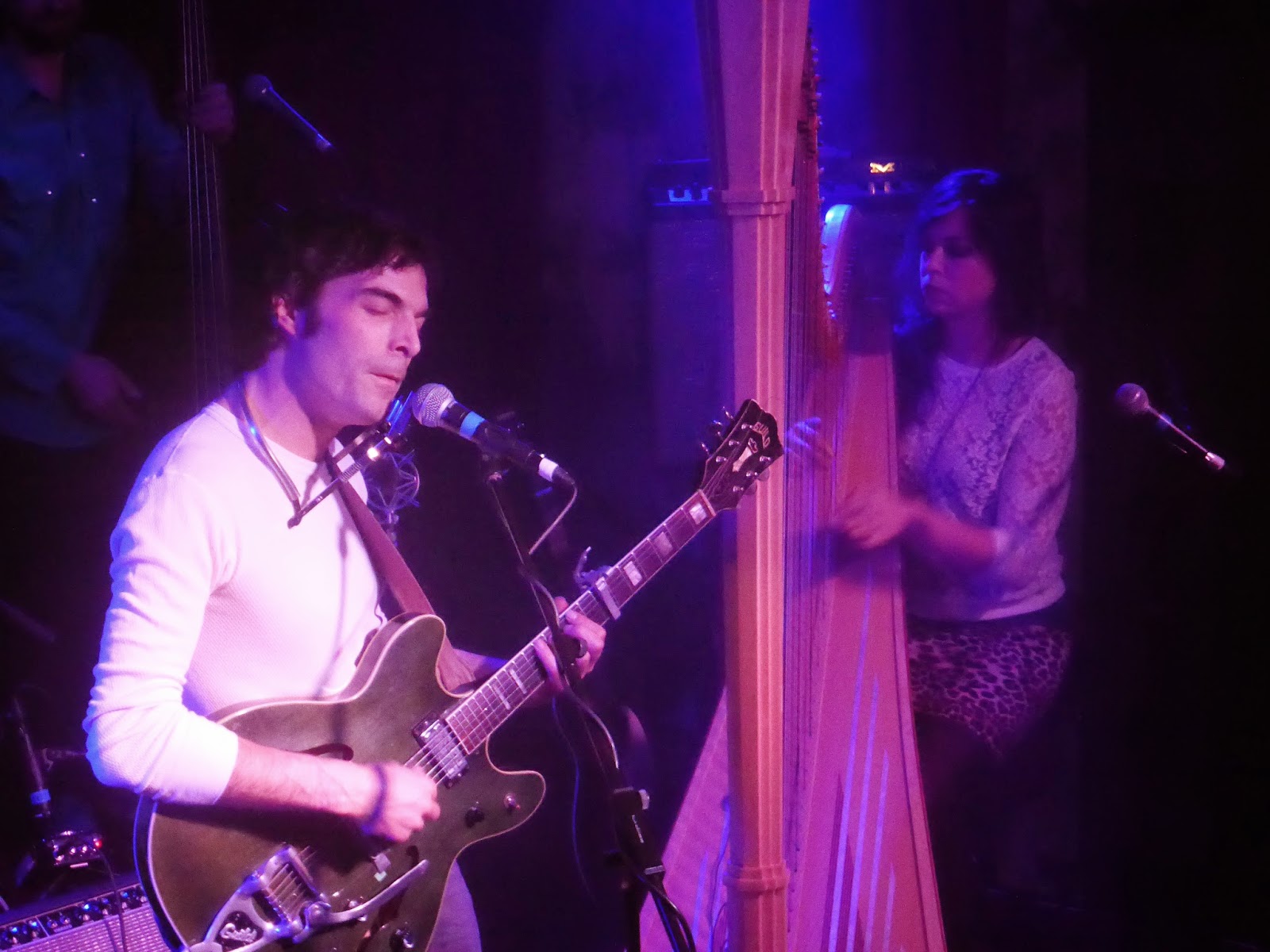 The Barr Brothers brought their Sleeping Operator album to a sold-out Deaf Institute on Sunday night. We went along to witness them astound a crowd with a wide range of unusual instrumentation and songs from the heart.

The Barr Brothers are from the underground. They don't get played on daytime radio. They have a harpist and a steel pedal guitarist and a front man who, if you don't pay too much attention to him, might strike you as diffident and arrogant. He's not, that man is Brad Barr, and that is his intensity, his heart and soul being poured into his music that sometimes makes you feel he's detached from what's around him, but it's part of what makes them unique.

This is their second trip to Manchester in a few months, following on from a show at The Castle, and the audience has multiplied several times over as a result of the buzz around that performance and the slow-burn seeping of Sleeping Operator into the conscience of the public. 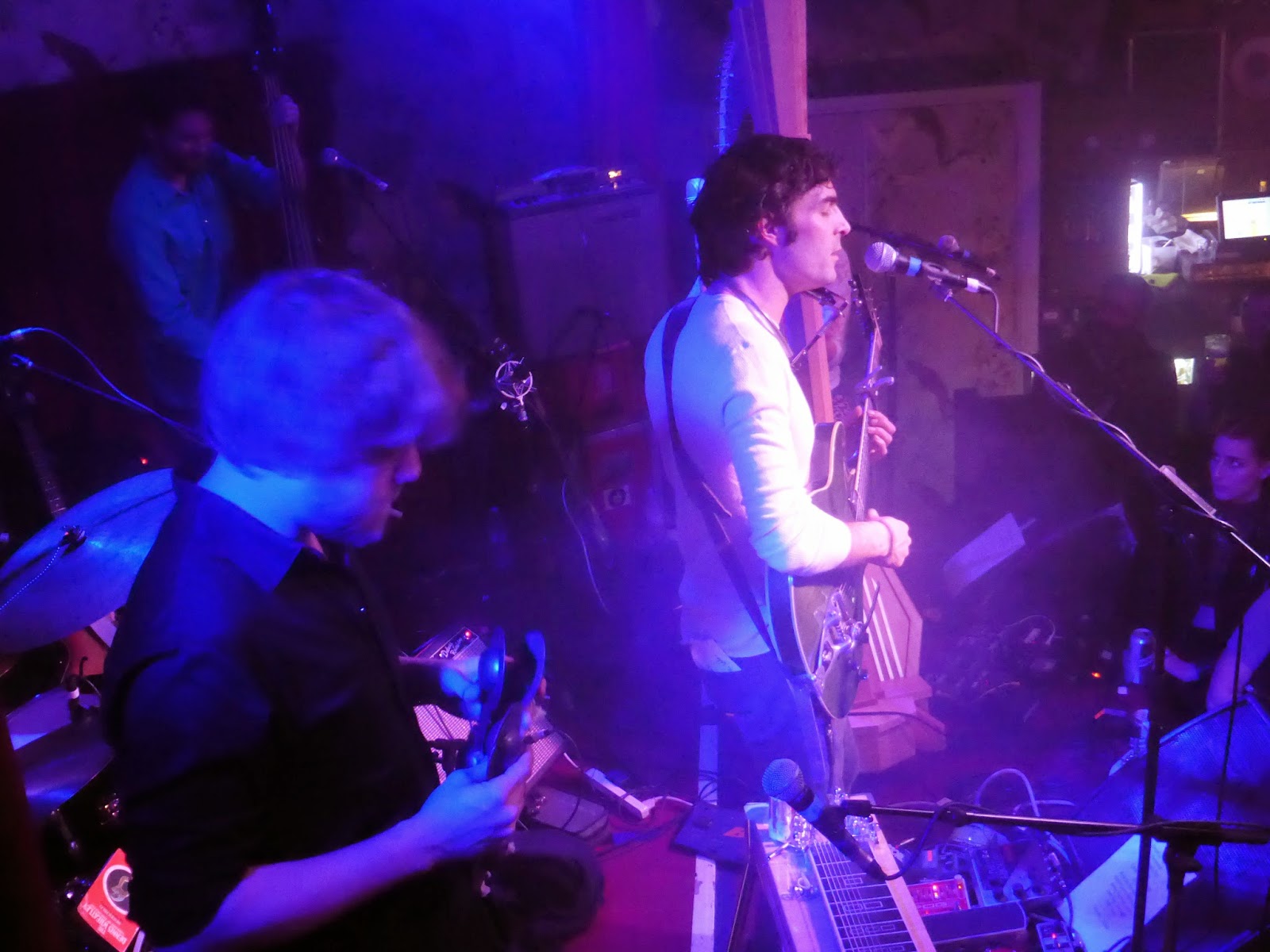 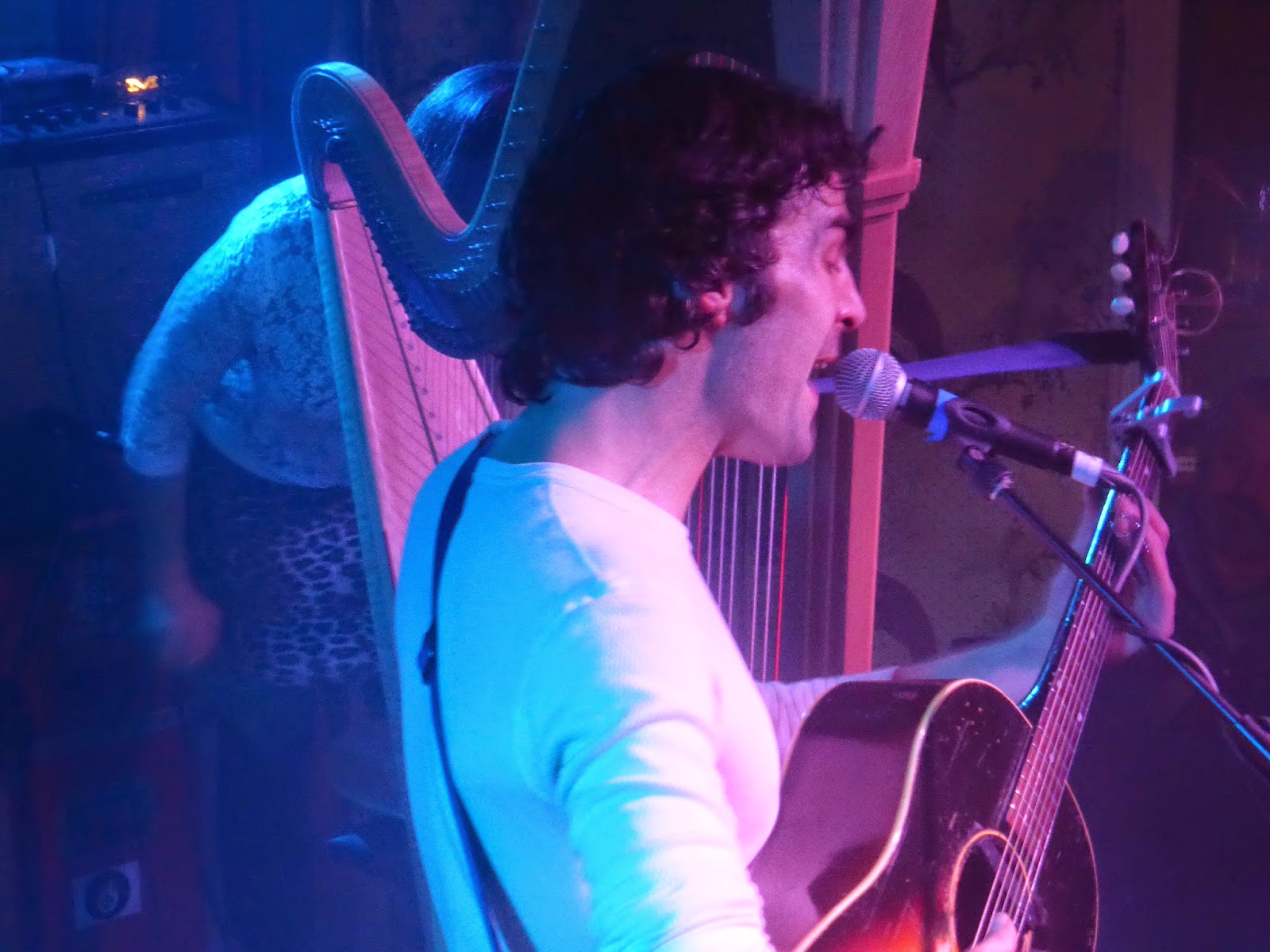 They play a large chunk of the album across the hour and forty minutes they grace the stage as well as tracks from their 2011 self-titled debut. They're also taking the opportunity to debut new songs, all of which continue their fine trend of merging sections of more traditional arrangements with the unconventional.

There's so much on stage that there's hardly room for the band and they make use of it all to enrapture an audience that is stunned into a silence rarely heard at this venue, whether it be Sarah Page's harp, the double bass, the pedal guitar or just Brad somehow extracting sounds you've never heard from an acoustic guitar. Miraculously this all remains accessible, because, whilst it may at times dance on a fine line, it never feels excessive, that's it's there for effect, it's real heart and soul music and it's being bared in its rawest form. The crowd is transfixed.

There's also moments, such as Come In The Water, where their music bursts into something much more commercial and radio-friendly, but this would seem to be more by accident than by design, a coming together of so many strands into something that masses would fall head over heels with if it was tagged with the name of some of their Canadian contemporaries. There's also a sense of intimacy when the five of them crowd round a microphone for a stripped down How The Heroine Dies mid-set.

As they leave the stage, Brad places his hand on his heart several times and then gestures in the direction of the audience. It's as if he's purging the remnants of what he hasn't already given. The Barr Brothers aren't an easy band to sit through a show of because of the level of intensity that they maintain throughout, but it's a rewarding experience that makes it worthwhile.

They play the following shows in the UK :

Email ThisBlogThis!Share to TwitterShare to FacebookShare to Pinterest
Labels: The Barr Brothers