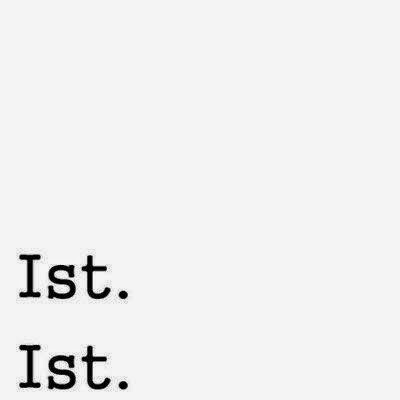 We love a bit of mystery to a band and Ist Ist currently are the ones that are providing us with this. They've posted four demos to soundcloud but very little information about the band themselves, photos of buildings and a logo, but only one studio shot of their drummer. Their live debut is next week at the Night And Day in Manchester, but have a listen to their songs.

Ist Ist describe themselves as "a scowling, rapturous concoction that draws from the early, gothic post-punk sounds of Bauhaus marred against cold, stark industrial electronic slurry reminiscent of early Black Rain or Sunn O)))", but we can see more traditional elements of their hometown Manchester's favourite sons Joy Division and Fall in their sound as well.

Their live debut comes next Friday, 16th January, at Manchester's Night And Day as part of their local showcase night. The headline slot comes from one of our 2015 Tips The Chadelics. Tickets are available on the door on the evening for £5.