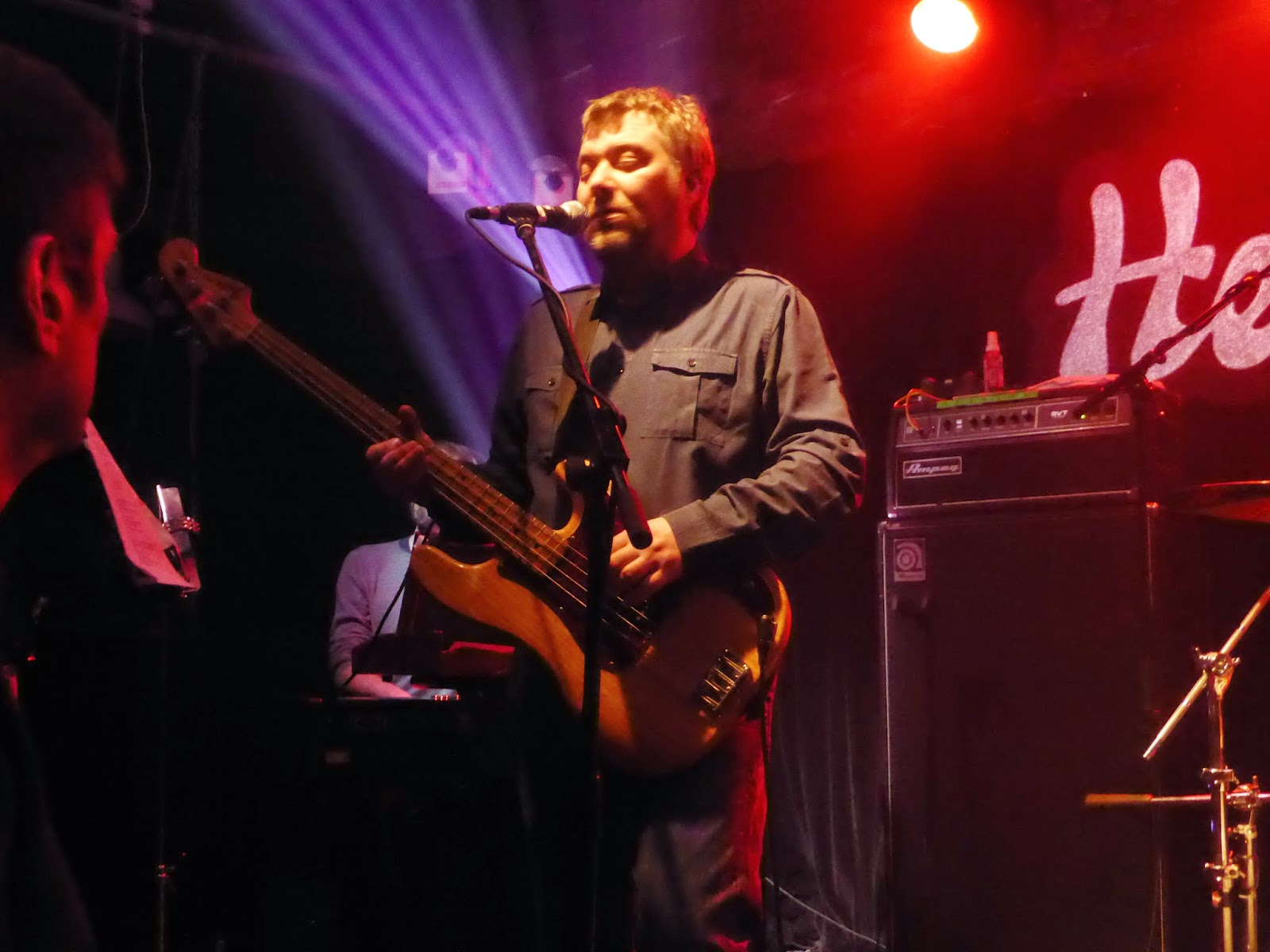 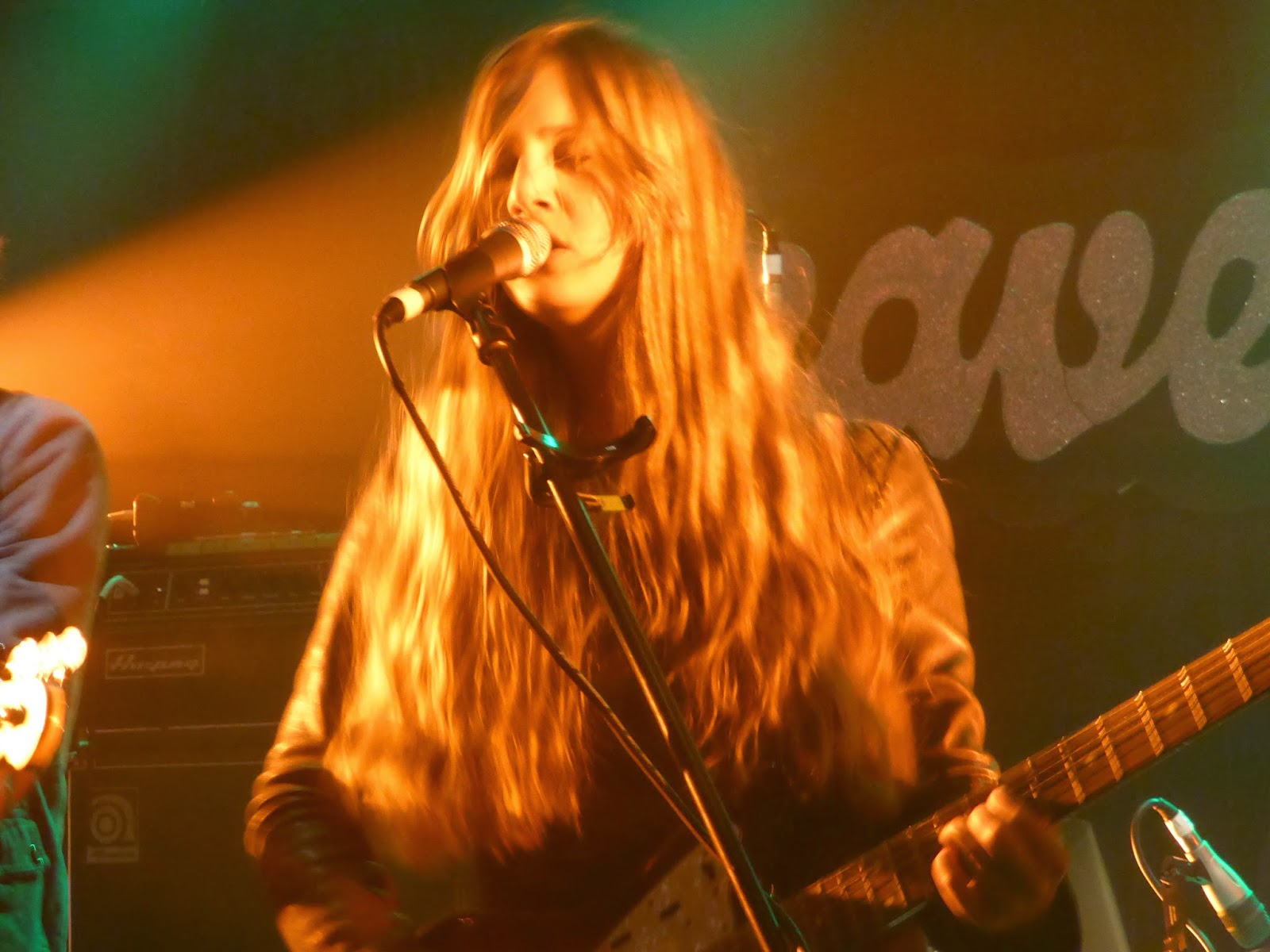 It's the 25th anniversary of Heavenly Records and they're celebrating with a weekend of gigs at the country's best small venue (whatever the polls say) at Hebden Bridge Trades Club. We jumped on the train from Manchester to catch a matinee performance for new hopes Kid Wave and Doves' stalwart Jimi Goodwin.

Kid Wave are relatively new additions to Heavenly's roster, having joined last summer.  The four-piece hail from the UK, Sweden and Australia and aren't afraid to live up to their tag-line "no hair, don't care". They're not afraid to turn their guitars up loud and make a racket over which front woman Lea, when she's not shaking her fine head of hair in all directions, and drummer Serra combine vocals to produce a sound that makes us look forward to their forthcoming debut album.  They sound like a proper rock band rather than some of the more sanitised offerings that are being hailed as the next big thing in female-fronted rock. 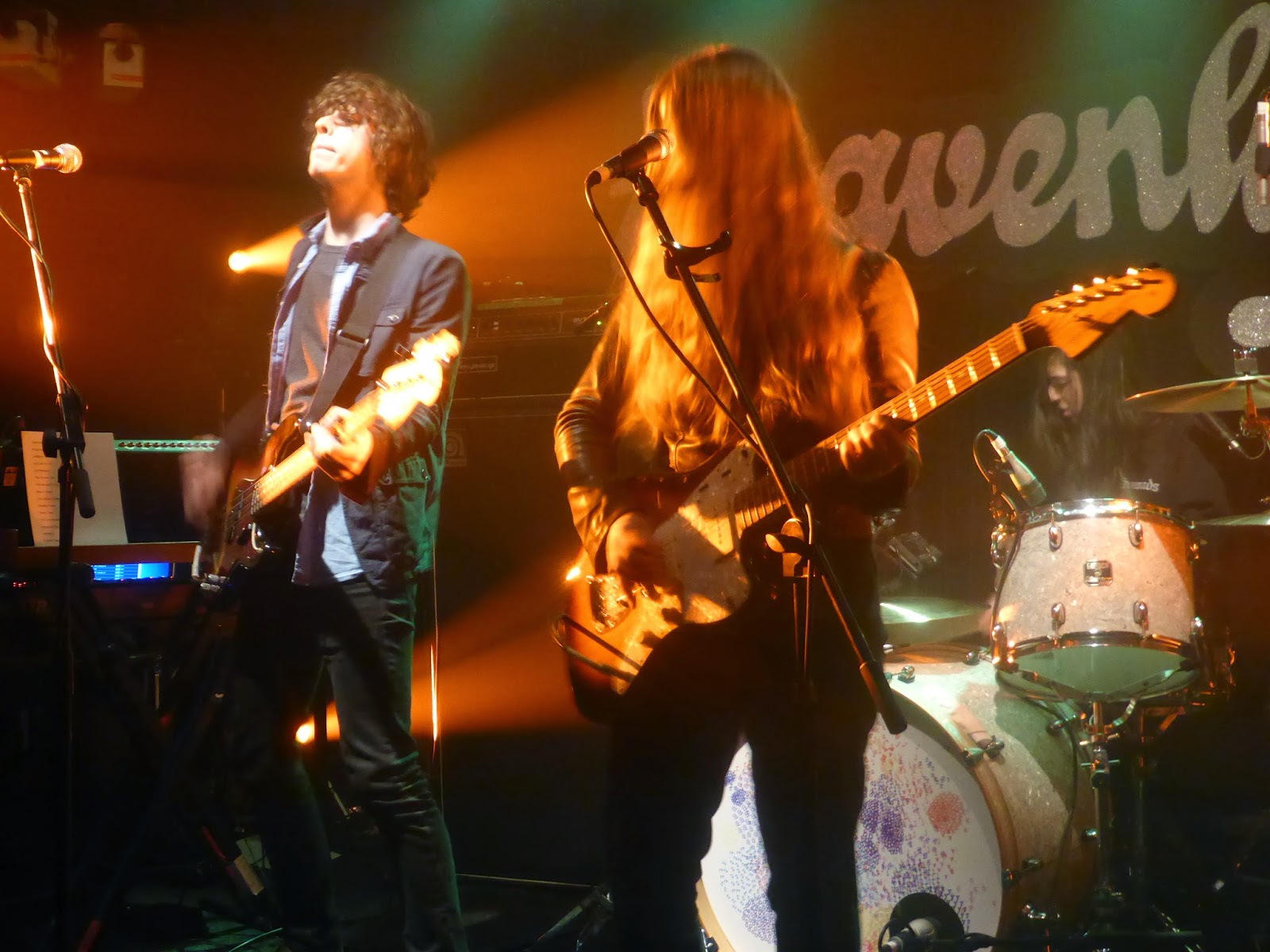 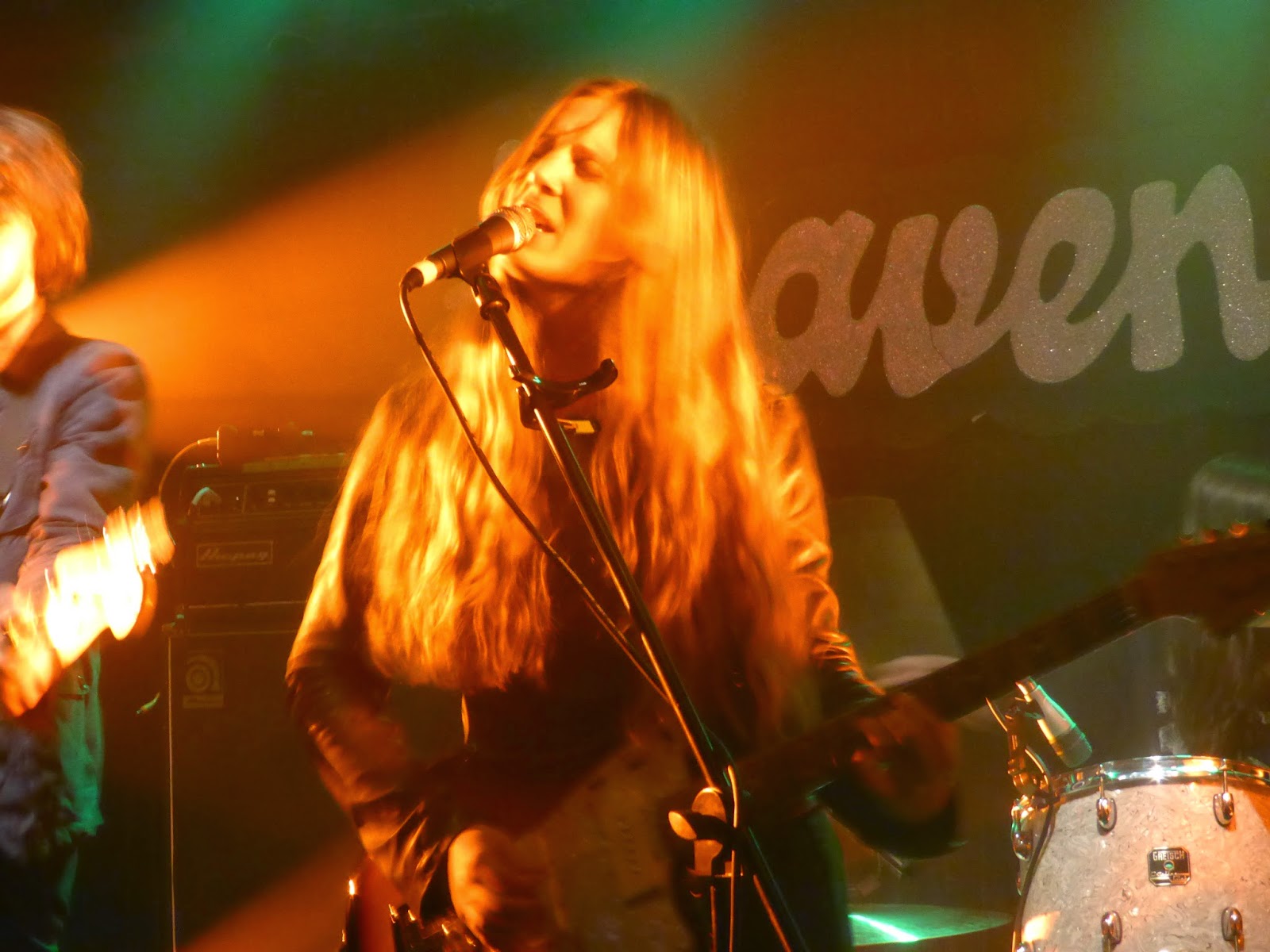 There's an undeniable chemistry in the way they interact both sonically and visually, whether it be Gloom from last year's EP, the more accessible I'm Trying To Break Your Heart and their new single Wanderlust, which concludes in a cacophony of noise with the four of them trying to squeeze every ounce out of their instruments. They avoid any of the tired cliches rock bands can sometimes fall into, they have a formula that serves them well, but they have the nous and the ability to ensure that their songs sound distinctive from each other so the audience doesn't get bored or distracted.

There's a lot of goodwill in the room for Jimi when he makes to the stage. He's affable and extremely engaging in his manner from his cheeky smile to his sharp wit, whether he's asking for a cup of tea (earl grey with honey as a rock star privilege) or discussing stimulants for the making and listening of Doves' debut Last Broadcast with an inebriated punter. 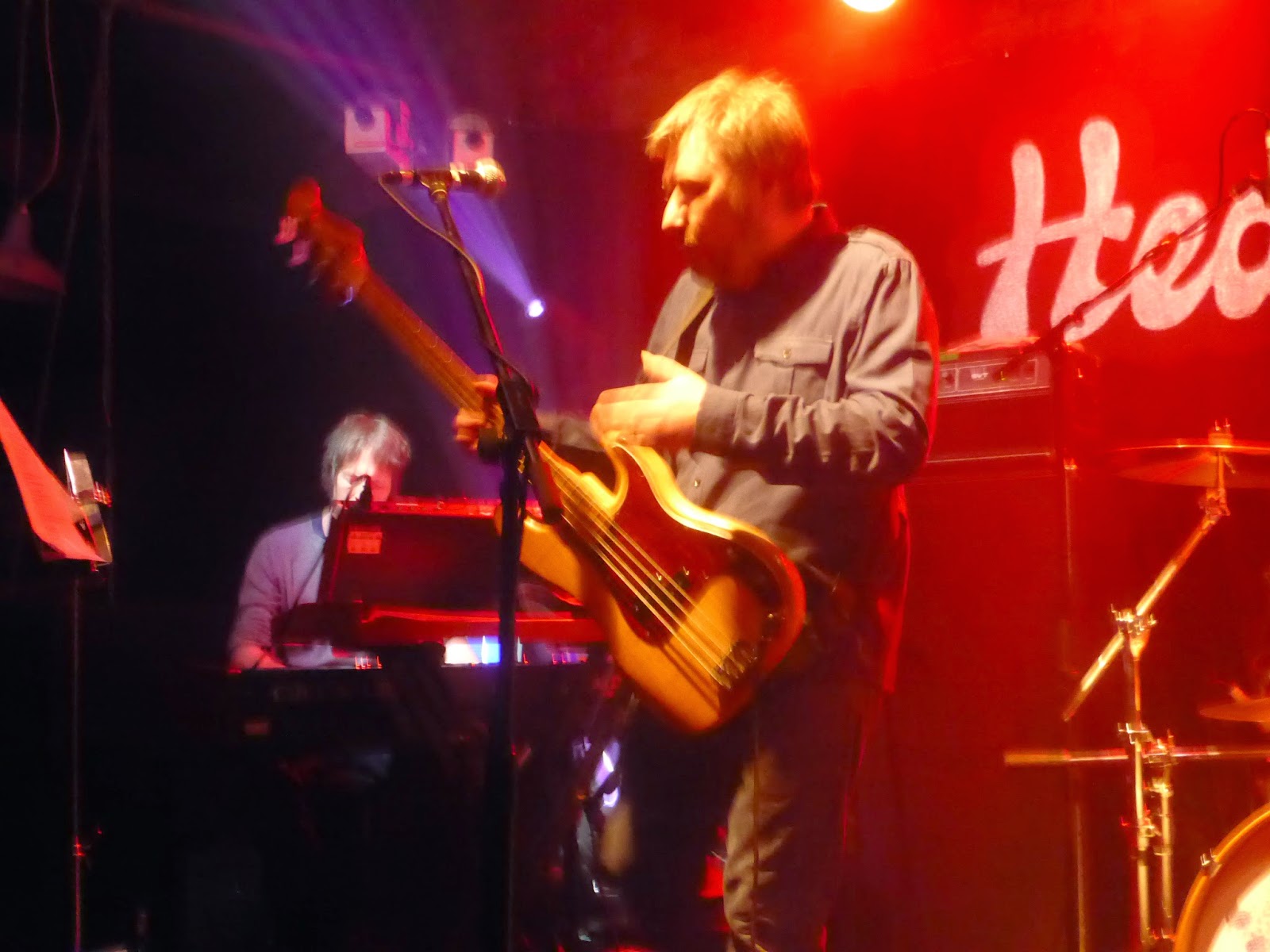 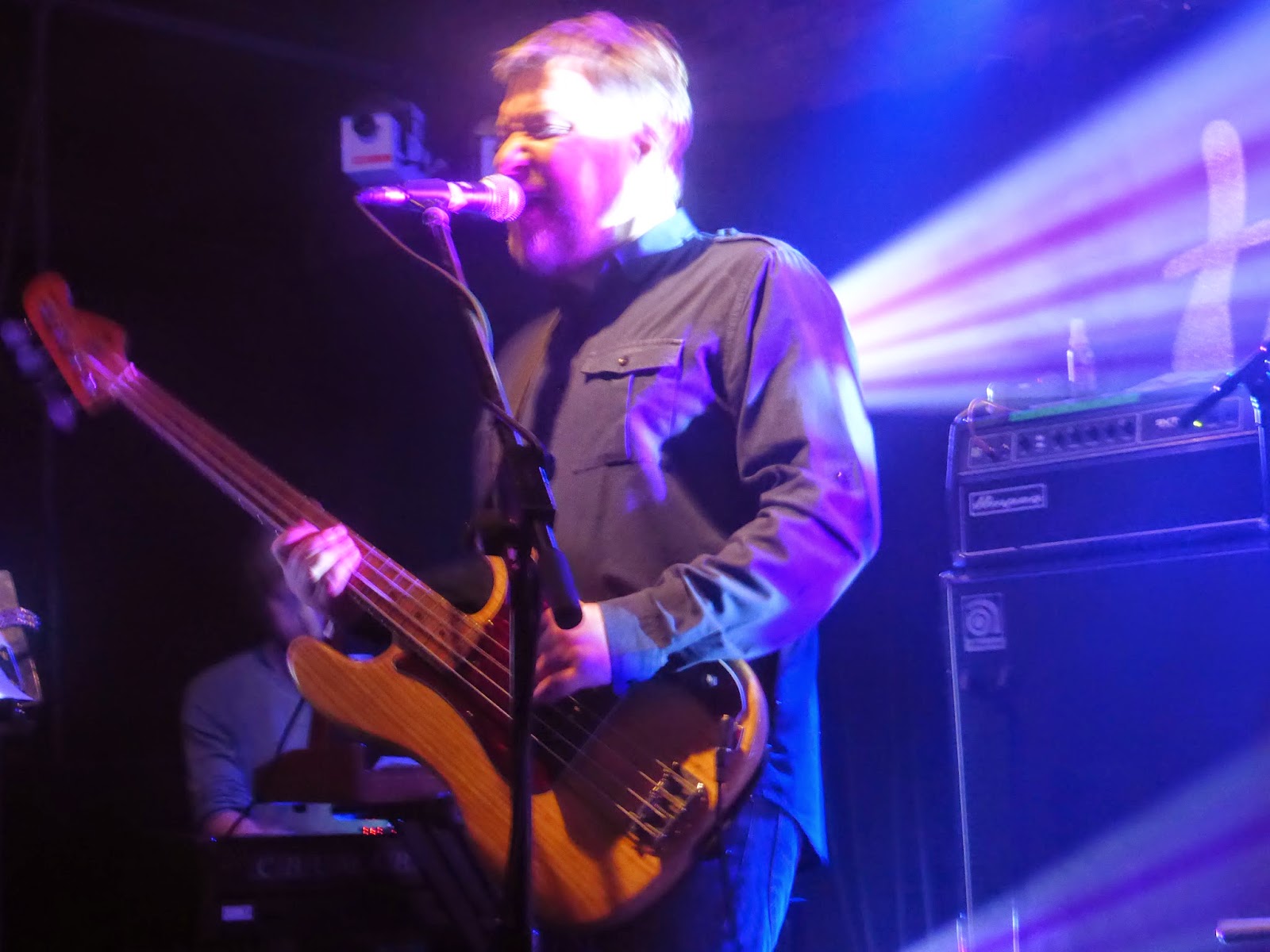 His set focuses on last year's debut solo Odludek, although he does throw into the set a couple of Doves songs - Kingdom of Rust, The Sulphur Man and Last Broadcast - as well as covers of The Pretenders' The Phone Call from their debut album and Steely Dan's Charlie Freak, which Jimi joked they'd just put together the day before.

Despite some initial sound problems, the band he's surrounded himself with sound extremely tight and comfortable with the nuances and variety of the songs from the album, which is probably the loosest and most varied record that he's released at any point of his career. There's the bigger anthem tracks that wouldn't feel out of place if they'd come out under Doves' name such as Oh Whiskey and Didsbury Girl, but then there's the more oblique, less obvious tracks such as Love Like A River and, in particular Man vs Dingo, which, perhaps surprisingly transform well in a gradually sweltering room.

He never forgets to thank his hosts and Heavenly, the label he's helped to see through the later half of their twenty-five years. It'll be interesting, with the Black Rivers album coming out imminently, where he goes next, but on the evidence of the record and more so on these live performances, that his solo career has legs and a following rather than it being a stop-gap project.