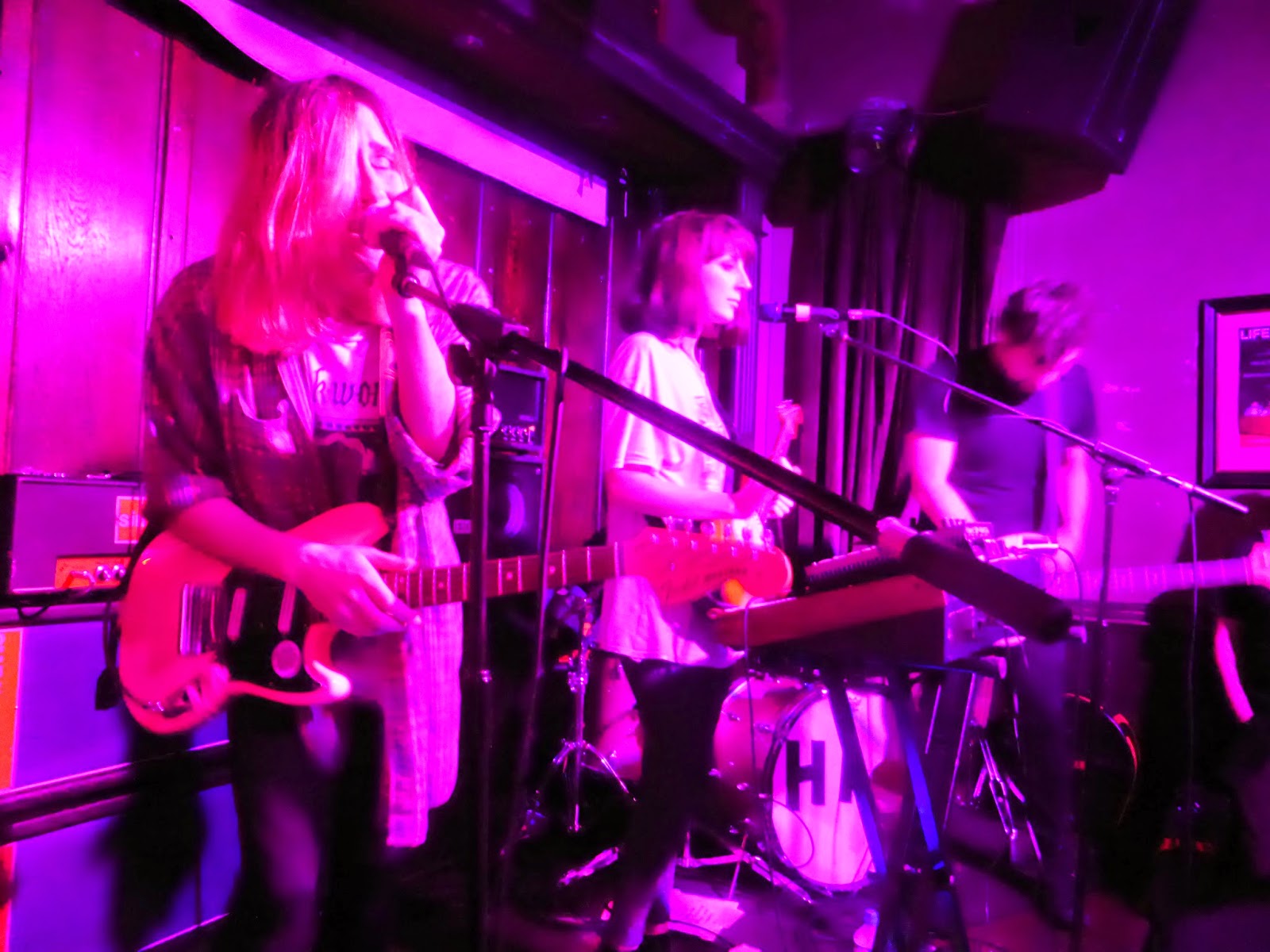 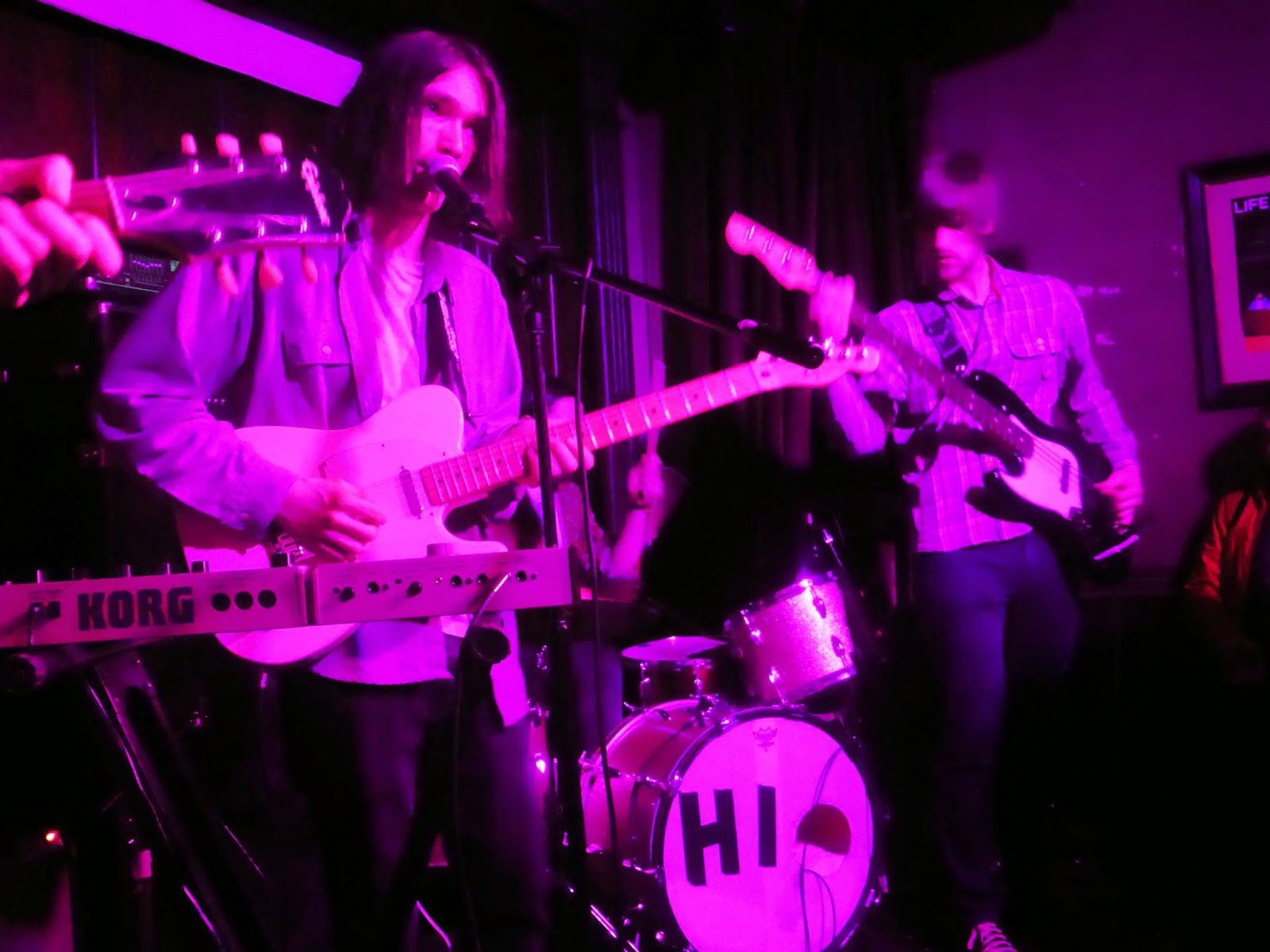 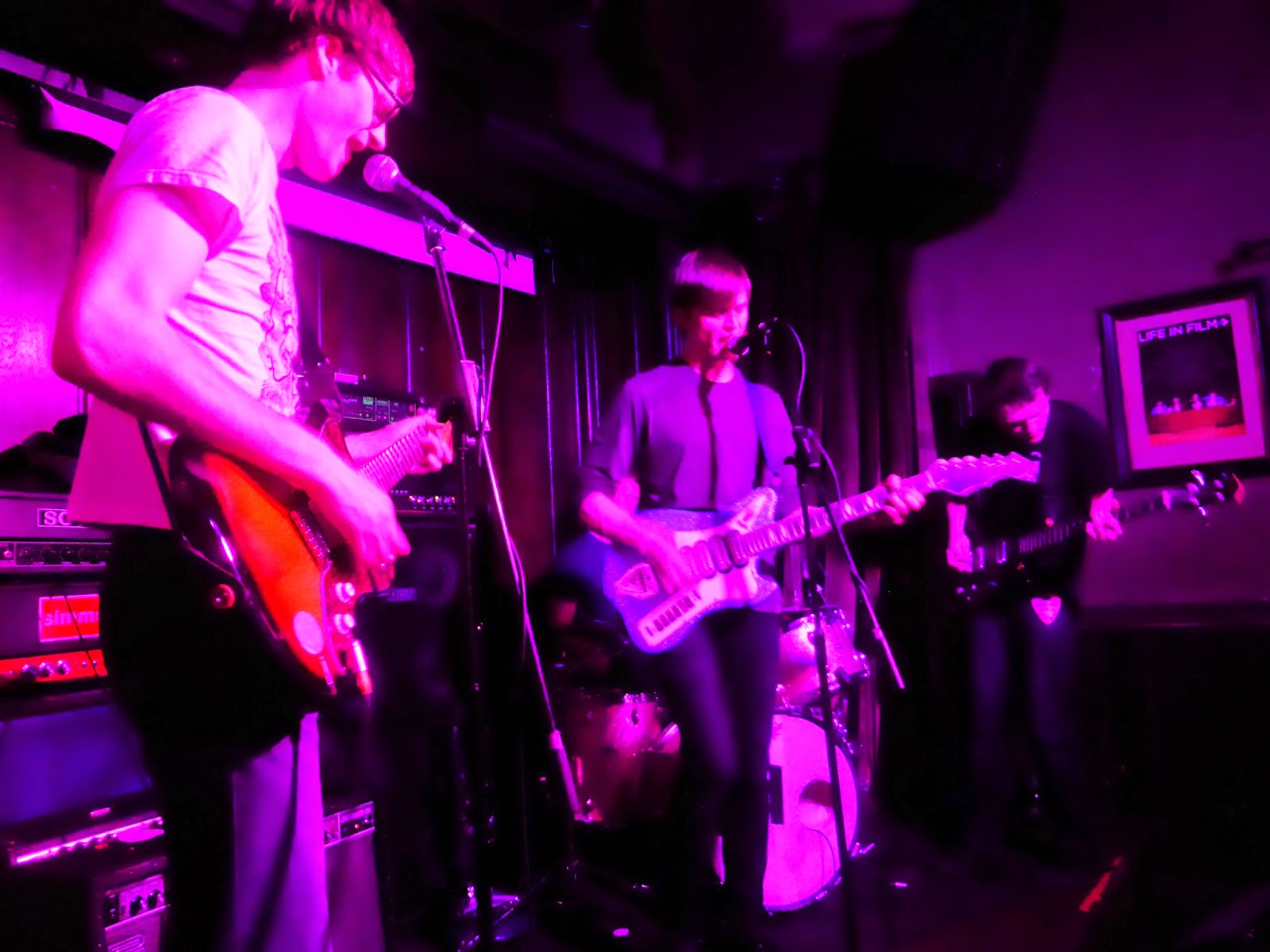 On the back of the release of their debut album Ratworld last week, Menace Beach set off on a whistlestop UK tour starting off at Manchester's Castle Hotel on Monday night. Support came from local favourites Horsebeach and The Hipshakes.

We've never seen The Castle so full on a Monday night. There are people trying desperately to get into the room, let alone try and get a decent vantage point and there's sweat dripping from the ceilings by the end of the night, such is the atmosphere and heat generated by the three bands tonight. 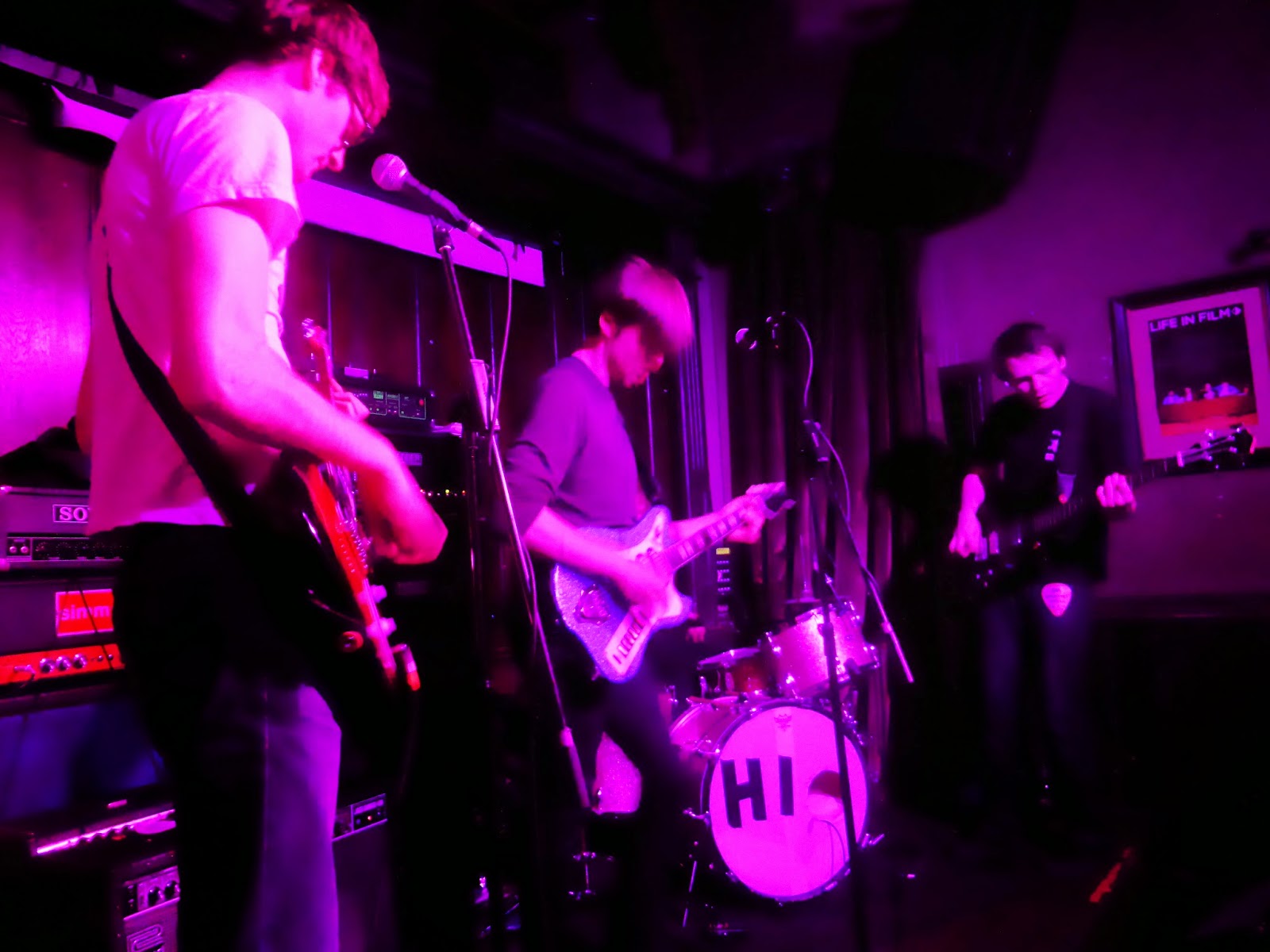 Opening up are Bakewell's The Hipshakes, or Hipbeaches as they've renamed themselves in honour of the headliners. They've been around for almost a decade yet still they look the youngest people in the house tonight. Their songs all seem to last about two minutes except their set closer which drowns the room in minutes of fuzzed-out feedback. They take no prisoners, not pausing for breath between the dozen or so songs they play and they set the scene perfectly. 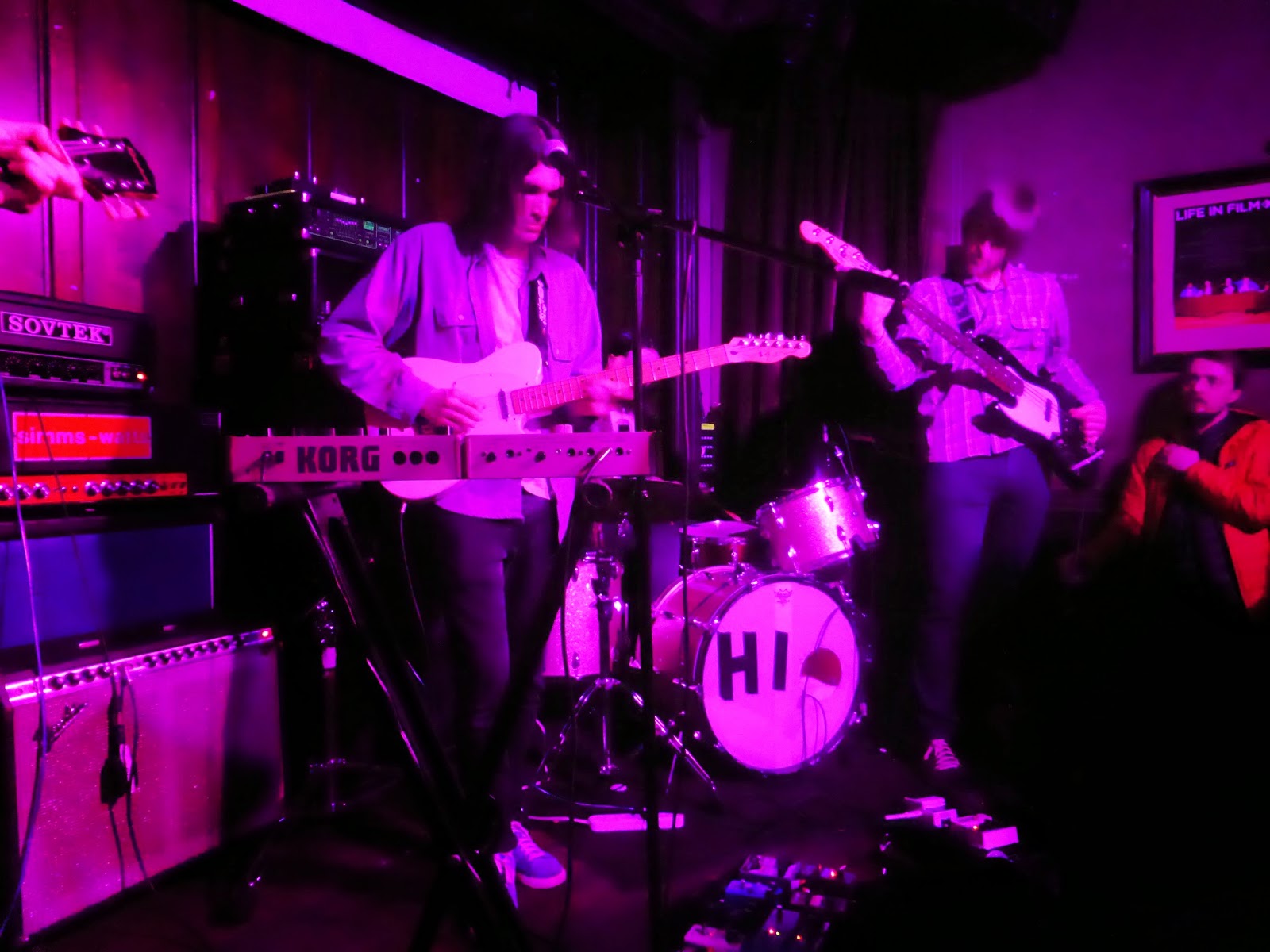 Horsebeach's debut album was recorded at home and was full of summer melodies and hooks you'd expect to find hidden away as gems on the b-sides of Smiths' singles, but live they're a different proposition.

Transferring that bedsit sound to a four-piece live set-up was always going to be a tricky task, but it's one they've pulled off and managed to put a different spin on the songs off the debut album. There's still a classic 1980s indie feel to them, but it's more C86 than The Smiths and album tracks such as Faded Eyes, A Place Like This and Beneath Our Feet as a result still have that reassuring warm feel to them. They've already moved on to new material as well, previewing a single called Disappear, due for release in March. 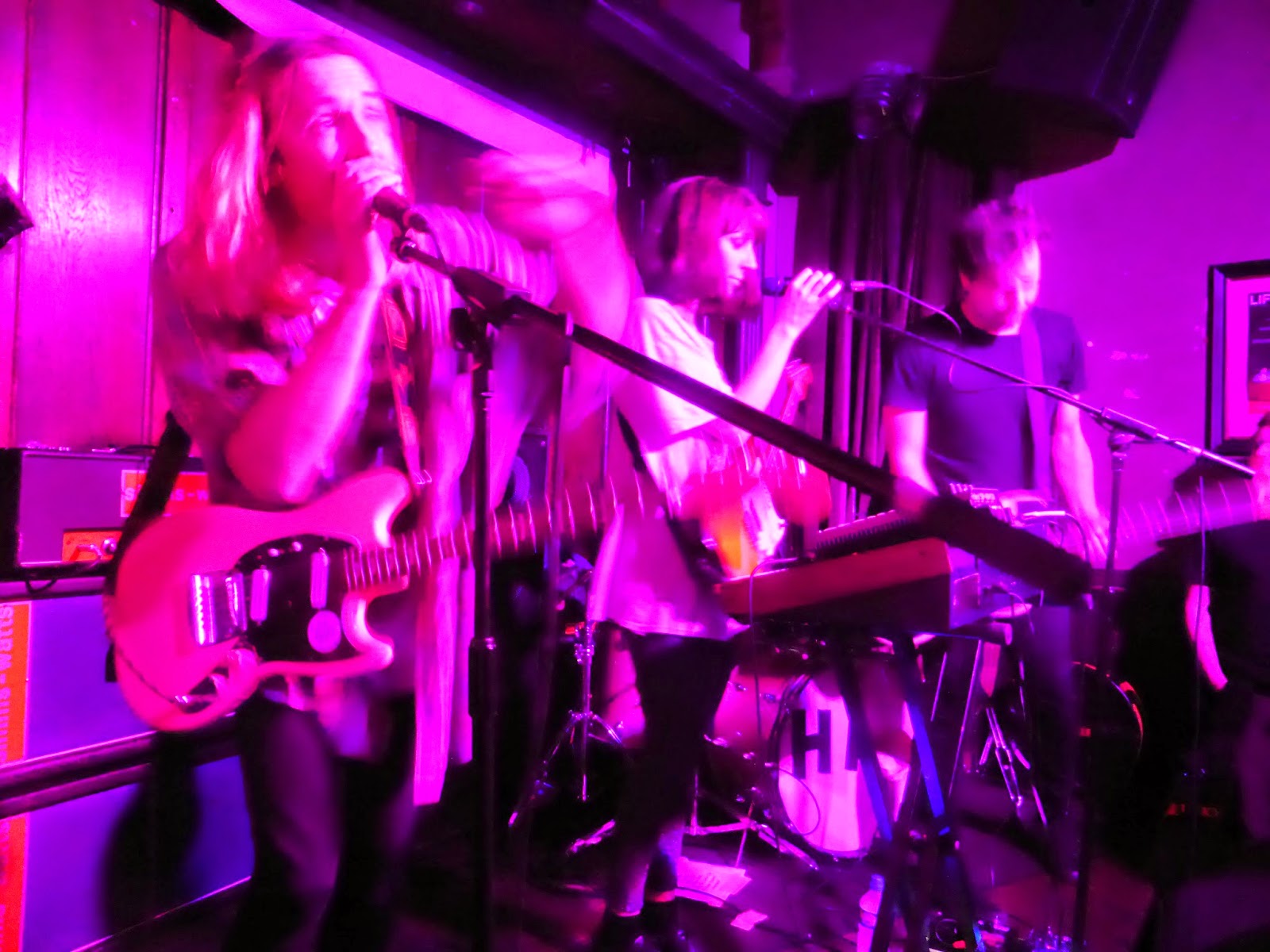 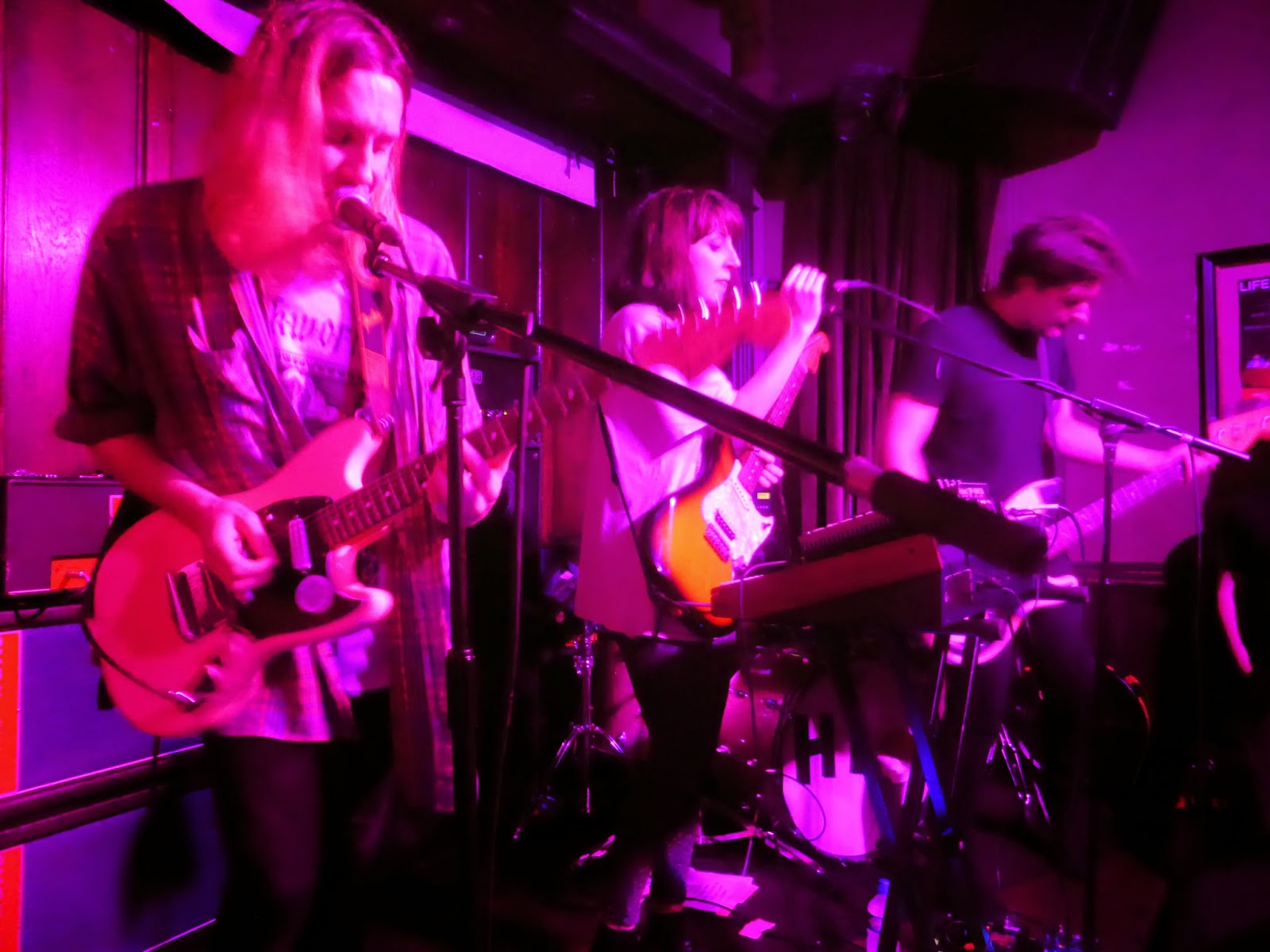 As a five-piece, it's almost as cramped up on stage for Menace Beach as it is down on the floor and whilst we're initially perturbed by the drummer's headband and orange shorts, it very soon transpires he's probably most appropriately dressed as the temperature in the room suddenly increases as they kick into a non-stop wall of guitars that doesn't let up at any point over the thirteen songs and half an hour they grace the stage.

Singer Ryan doesn't say much, he doesn't need to, Menace Beach's music says everything it needs to do about them. It's a short sharp assault on the senses destined to thrill and set the pulses racing, but underneath it, you can hear shades of melody, particularly coming from Liza's keyboards and backing vocals and there's points such as Drop Outs and Tennis Court where you see there's a crossover potential into something more radio-friendly and atuned to the masses, but you wonder whether they want that or it's a happy accident. For most of the set, Ryan's voice fights for space against the wall of noise, and at points you can't make out what he's singing, but that just adds to the scuzzy, fuzzy effect they want to create.

It isn't just about Ratworld though, their set features eight songs from their debut album, but also delves back into their 2012 EP Dream Out for its title track, Burn Out and Teenage Jesus as well as the Lowtalkin' EP for Honolulu and Nervous. What this demonstrates is their singular sense of purpose, an absolute undeviating love of the music they're producing, but also the ability to avoid it ever sounding repetitive.

Menace Beach should be playing much bigger rooms than this to meet demand, but the discomforting closeness of the audience, the sticky heat, the dripping of sweat from the ceiling make this the perfect environment for them.