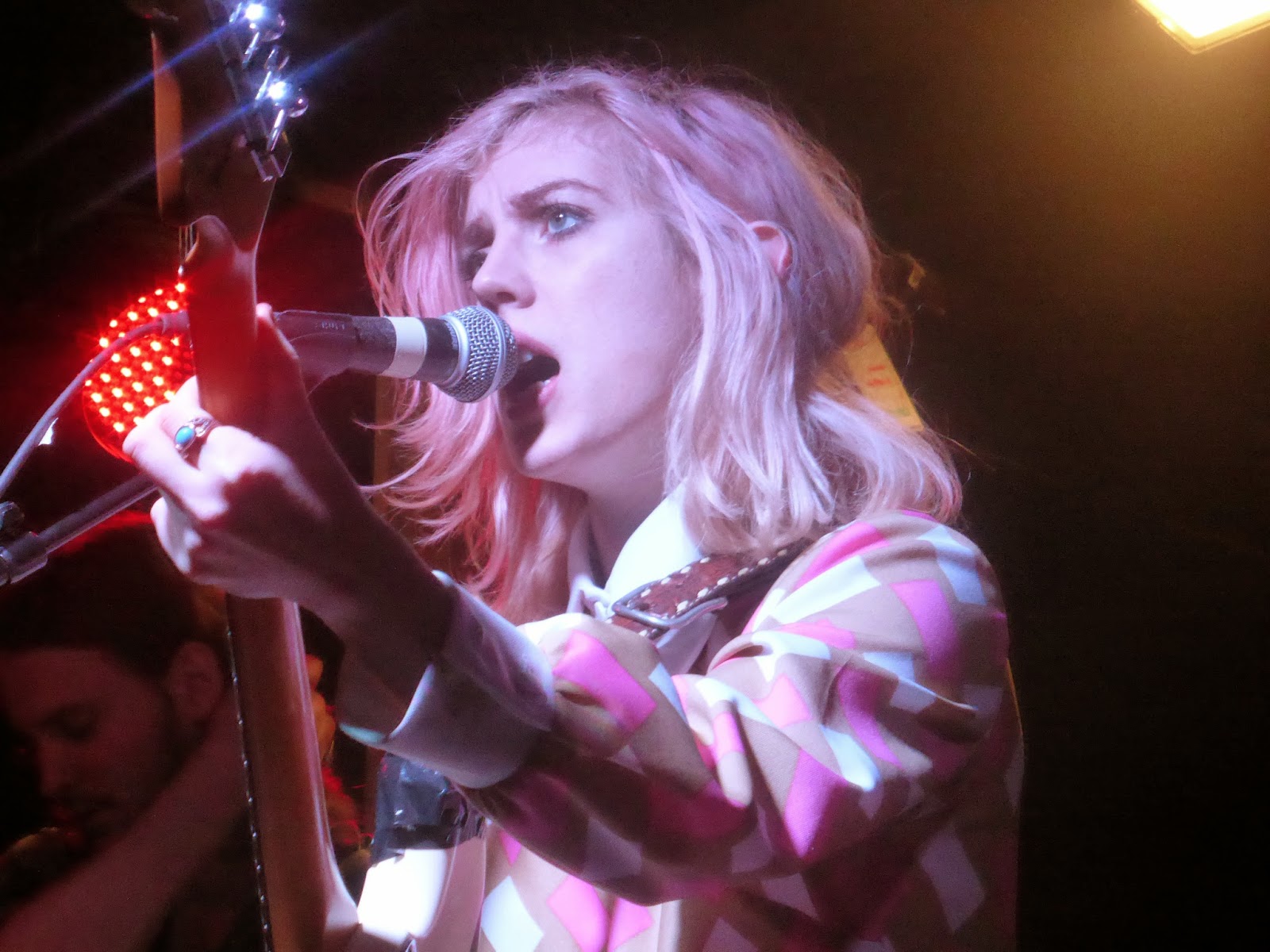 Black Honey will rip your head off. Don't be suckered in by the sweet looking butter wouldn't melt look on Izzy's face as she climbs on stage. The minute there's a guitar strapped to her back and her bandmates kick in, she's transformed into a wild creature, prowling the stage, eyes fixated somewhere in the distance and only seconds away from letting go a blood-curdling scream.

For the opening fifteen seconds you might get lulled into a false sense of security as Izzy channels her best Tanya Donelly and seductively croons that love is like a spinning wheel. Then, like a runaway train, they hit you. Guitars pummel your aural senses, right on the limits of the Night And Day's sound system as the guitarist lets loose. When she's not singing, Izzy approaches him or retreats to the back of the stage to confront the drummer. She doesn't look at or engage with the audience, other than a cursory thank you towards the end, but she doesn't need to, they don't need to, Black Honey's music does all the talking for them. 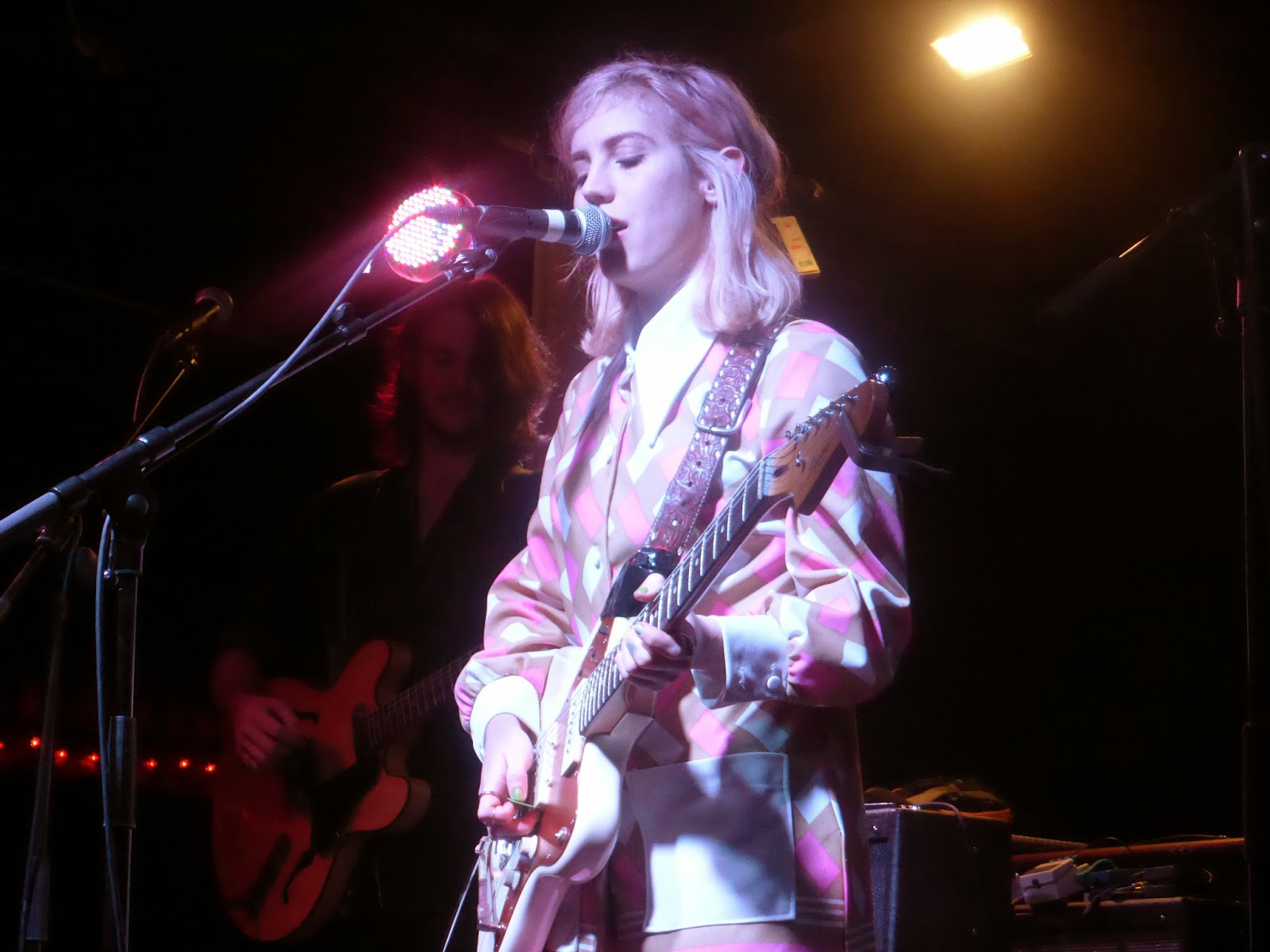 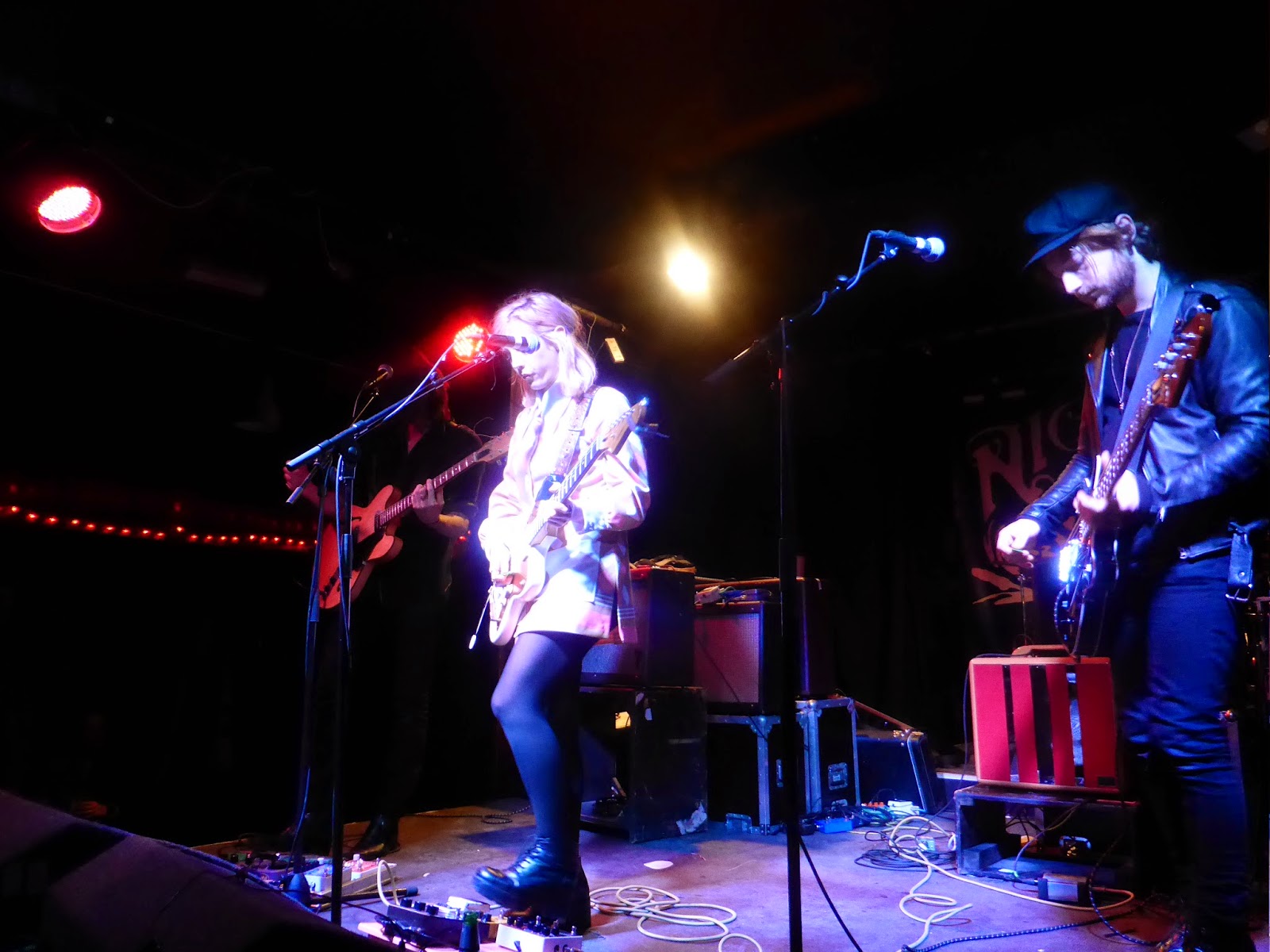 There's no setlist as such to reference songs against, but they play songs from their four-track demo EP that came out last year. The songs do have their softer sides too, but that serves even more to accentuate the riotous noise when it comes in. They do it without ever being predictable or dabbling into some of the cliches that rock bands can often deal in. In between all the noise, there's hook-laden songs aplenty in the set, hints of Patti Smith and Throwing Muses' most evocative moments wrapped up with a t(h)rash punk ethic. It's the delivery of the songs that make Black Honey so enthralling, when you take your eyes of Izzy, the guitarist and bass player are almost immune to what's going on around them (and the drummer's so far back you can hardly see him) and that diffident cool provides a vital contrast.

By the end of the set Izzy makes her way onto the bass bins at the front of the stage, paces along them then heads to the back to the drummer before returning, considers throwing her guitar in the crowd, but instead turns and throws it back on to the stage as the final song reaches its end. There's no goodbyes, they just walk off as they arrived without fanfare. The twenty five minutes in between said everything they needed to tell us.

Black Honey are something very special. Don't say we didn't tell you.