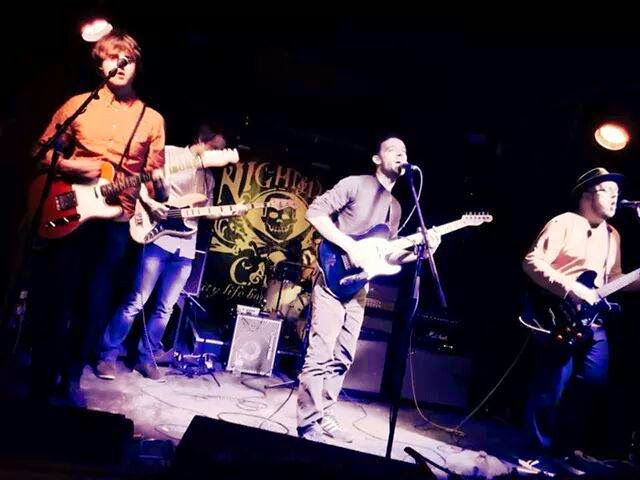 Ahead of their forthcoming EP, Black Tooth are releasing tracks to Soundcloud. The first preview track is John, a track only finished a week ago, but revealed ahead of the EP launch gig at Gullivers in Manchester on March 21st.

The track mixes elements of ska and punk, led by guitars which stop and start throughout the song and a vocal that's insistent in telling the story of the male and female protagonists of the lyrics. It's an excellent representation of their live sound and hopefully a good sign for the rest of the EP.

Black Tooth hail from Manchester and were, according to their Facebook, "formed with the ghosts of bands past and other members begged borrowed and stolen from other bands, making a range of music about decadence and decay umbrellaed under krautpop."