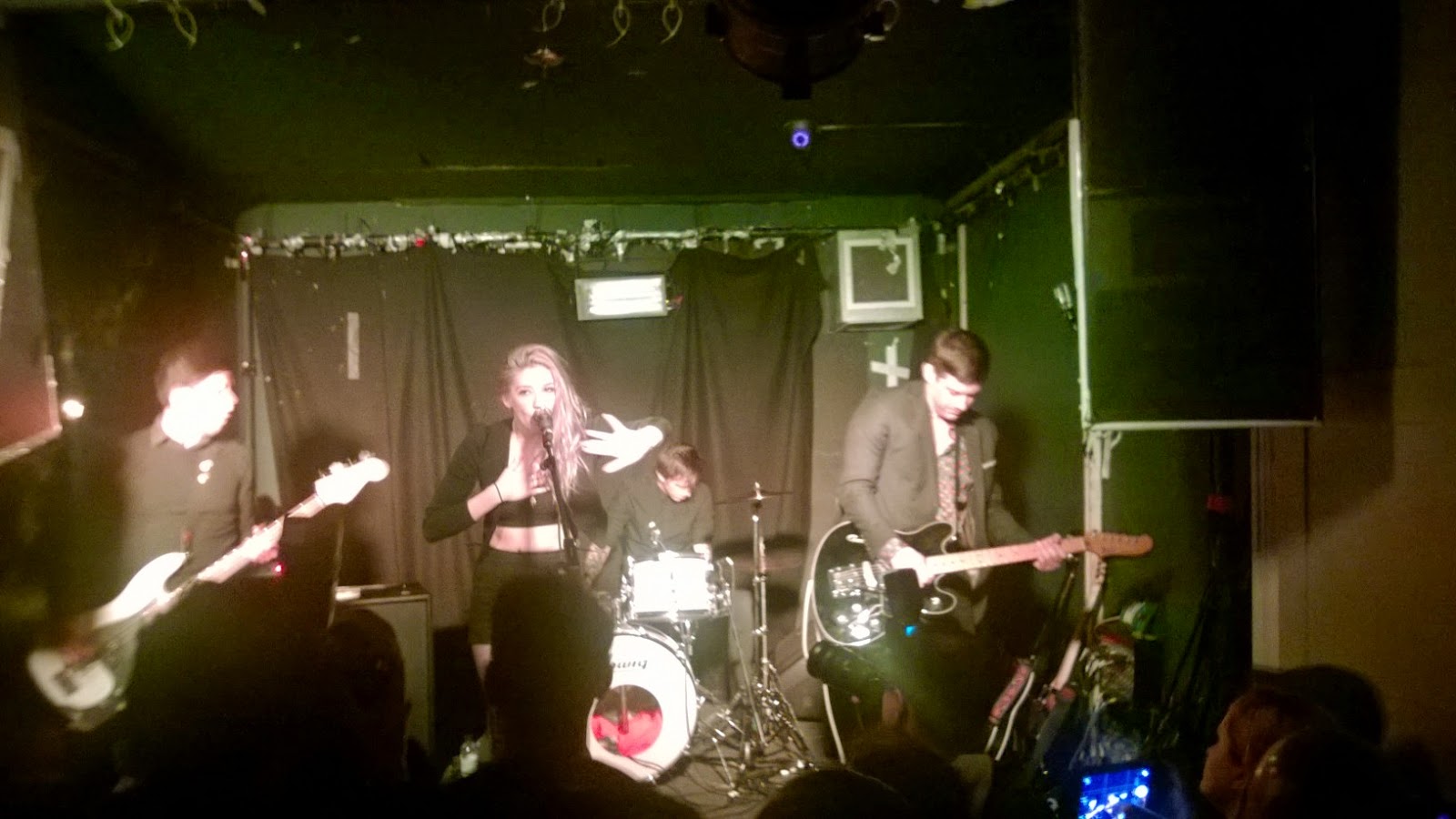 Queen Kwong aka Carré Callaway doesn't tour, she attacks and invades. Ably assisted with her pretty heavyweight pedigree band (Wes Borland's other job is playing guitar in Limp Bizkit, Fred Sablan has played with Marilyn Manson (among others) and drummer Hayden Scott also drums with Filter), she just levelled London. Mathew Heath was there to tell us all what happened.

"Discovered" aged 17 by Trent Reznor,  she opened for Nine Inch Nails. She then was managed for a short period of time by Dave Navarro of Jane's Addiction,  she now has a new power backer, Roger O'Donnell of the Cure who acts somewhere between impresario and proud surrogate father and is present at all four dates, talking up the band, buying drinks and generally looking like the last dandy in town.

So onto the music...for one, it doesn't sound anything like any of the bands I mentioned above. The material she mainly draws on here is from a forthcoming debut album (which is amazing, I might add), co-written with Joe Cardamone of the Icarus Line. I think the closest I got was "if Iggy Pop and PJ Harvey formed a Royal Trux covers band and had Swans' Michael Gira produce." There's sleaze, swagger, punkrock, noise and heart wrenching beauty all reflected in there. 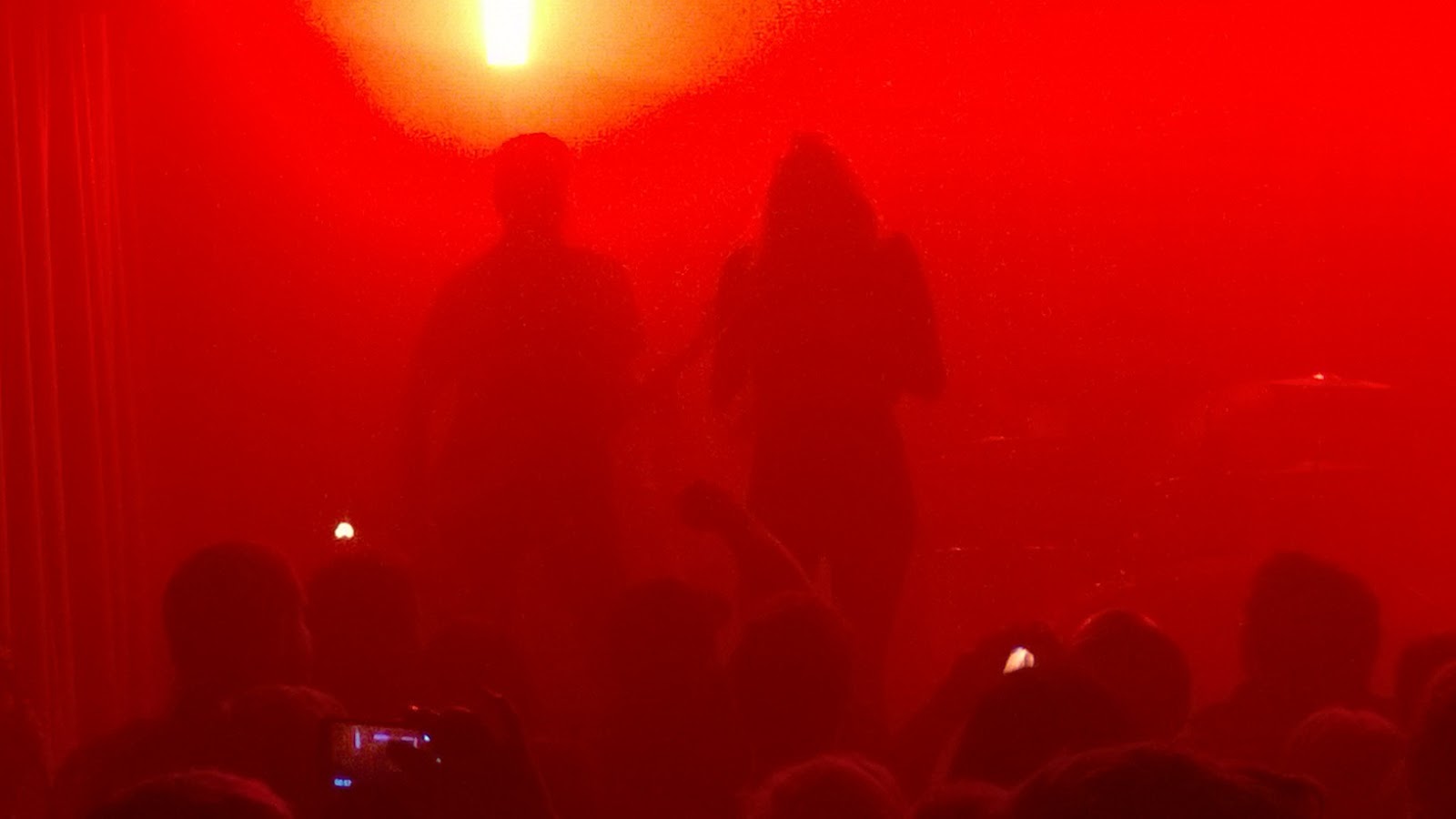 And how did it sound live? Astounding. The band stay true to the original vision. There's no egos there and they are all amazing musicians (I took a musician friend to the last date and he went away muttering something about having "no idea I was going to fall in love with Wes Borland's guitar playing"). While the band look (and occasionally sound) like a kind of healthier, less degenerate Bad Seeds, the true focus of the band is Carré.

Having seen them as a three piece back in 2011 (with Albarn associate Pauli Lovejoy on drums, no less), she has transformed by the same degree as PJ (her again) did from Dry to To Bring You My Love. Total frontwoman now - she always had the punkrock chops but now she's a performer at the height of her powers. Most gigs end up with her in the crowd,  on the crowd or climbing various bars, pillars, tables etc. Roger O'Donnell compared her to Iggy and I think that comparison really holds water when you see her live. And somehow she pulls it off again and again when jetlagged and with a knackered back on the first night, or after no sleep on the third night.

And I mention crowds there because that's the other notable difference with 2011, when she played 7 dates in LDN and Paris. There was a hardcore of fans there (many of whom I've met again this last week, hi Elena, Andy, headbanging guy), but the rooms weren’t full to bursting point. From what I could tell, the Old Blue Last, the Stillery, Upstairs at the Garage and Hoxton Bar and Grill were all capacity crowds. There is a real buzz about the band now. Some of this is the championing of the likes of Roger O'Donnell, but the material holds up - Daniel P Carter has been playing QK for weeks and she's had plays on Zane Lowe and Fearne Cotton. Trawl Twitter and you'll find a lot of positive comments about the band (as well as pictures of Carré crowdsurfing and maybe the odd fanboy selfie with the ever patient Wes). 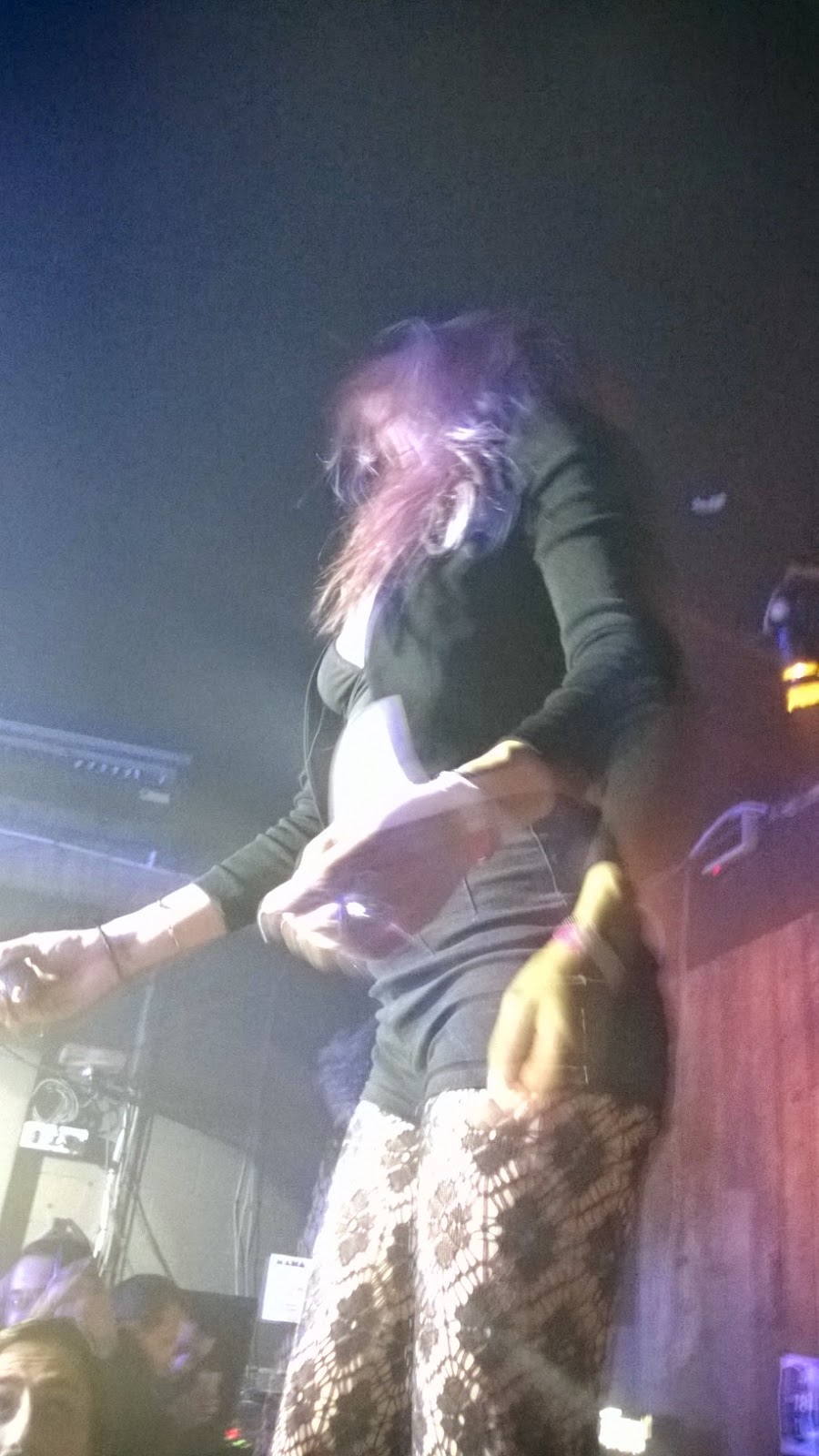 Standout moments from these 4 gigs, for me, would be "Get a Witness", which is even more heart breaking live, with lashings of molten guitar and carefully crafted feedback from Borland,  "Purrfection", a proper bit of primal screaming and punk fury, "Cold Daggers" which has some amazing drumming on and the almost acapella Elvis cover "Love Me" where the band sing some backing lyrics in the same kind of bawdy, barroom style as the Bad Seeds might.

When not doing press, loading in/out of their own gear or not sleeping, QK found time to record a short set for the Radio 1 Rock Show which you can listen to here.

Have a listen, talk it up, tell your friends. I think if one thing's a given, they won't be playing venues these intimate when they return (there are rumours of some stuff thus summer).