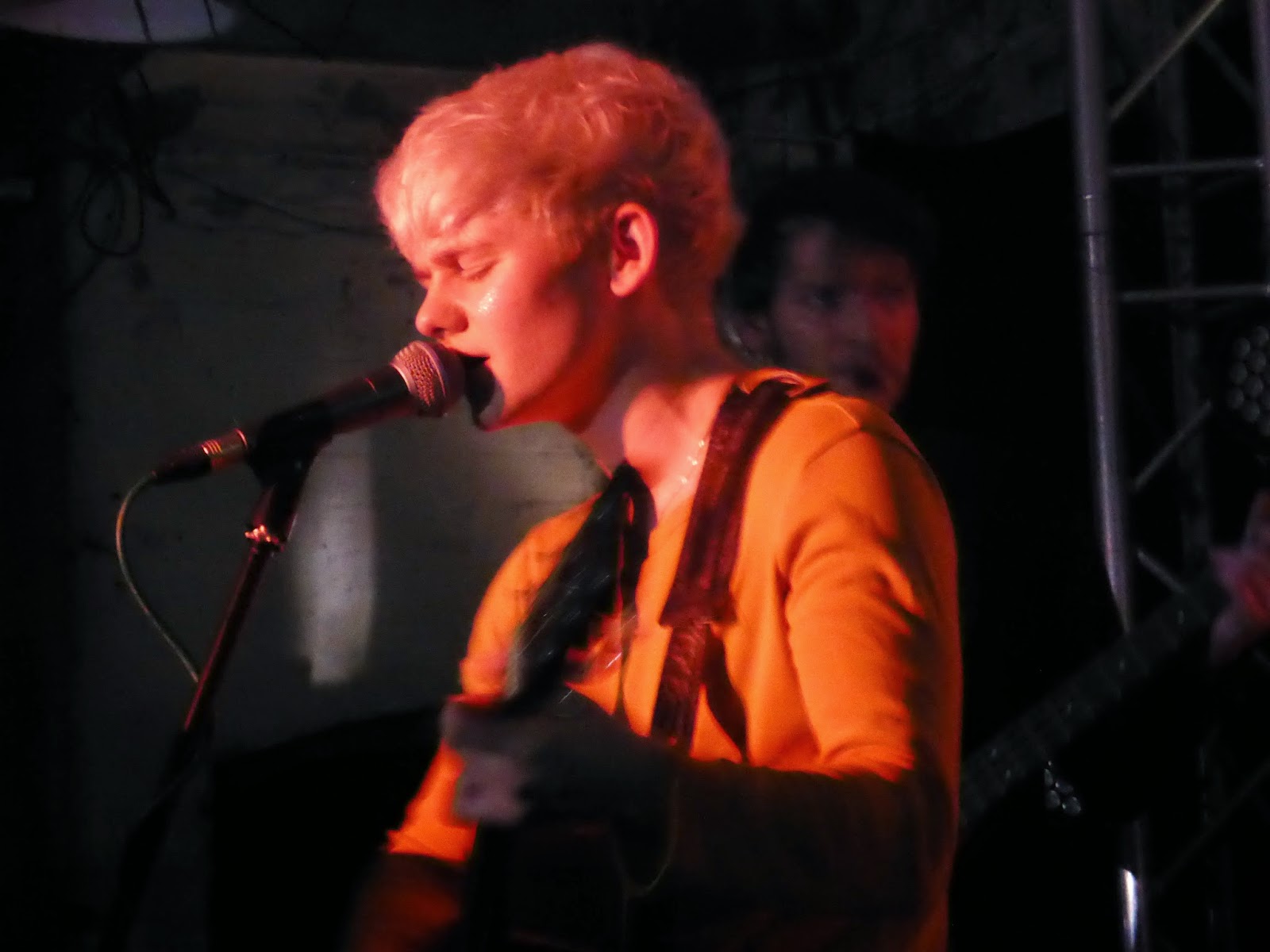 Tonight's sold-out gig at Soup Kitchen is White Boy's live debut. With only one song revealed on the internet, the single Kiss And Run, the crowd are unsure what to expect from this new project headed by Joe, former lead man in The Janice Graham Band. With an album Glitoris due out next month, the sense of anticipation in the room was high, but White Boy more than delivered on people's wildest expectations.

There's no support band tonight, a sign that White Boy mean business. It's about them tonight and nothing else. They're a four-piece with Joe on bass and lead vocals, a guitarist, a drummer who also does backing vocals and a keyboard player who also does backing vocals and adds trumpet to the mix. Despite the fairly traditional line-up, White Boy create a sound that transcends the usual limitations of that structure, touching on so many different musical genres whilst creating something quite unique, quite special and something very different to what you've heard before. There are traits of the genesis of the much-loved Janice Graham Band here deep down in the roots, but this is a bigger, bolder, more ferocious beast than you'd ever have imagined. 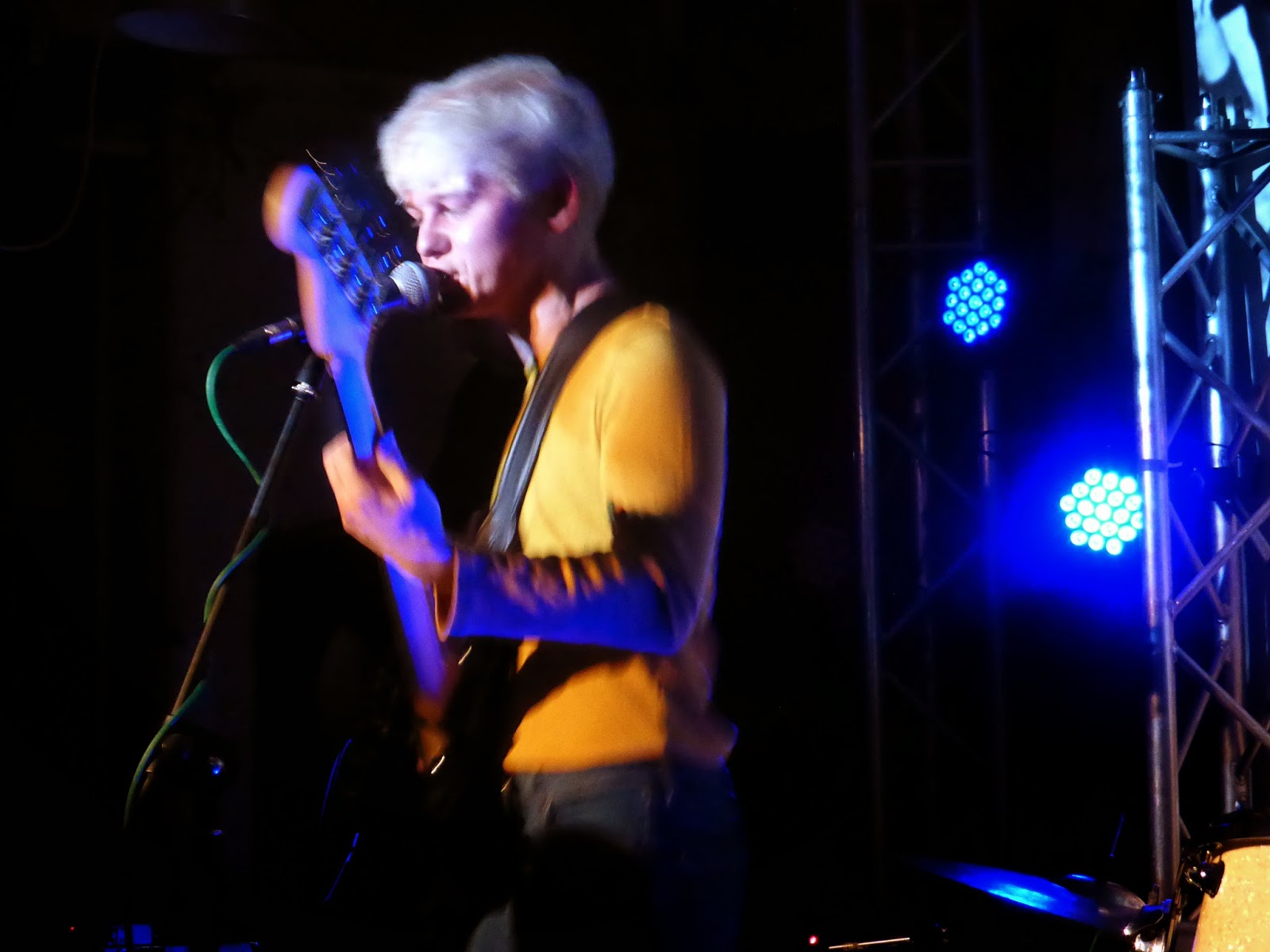 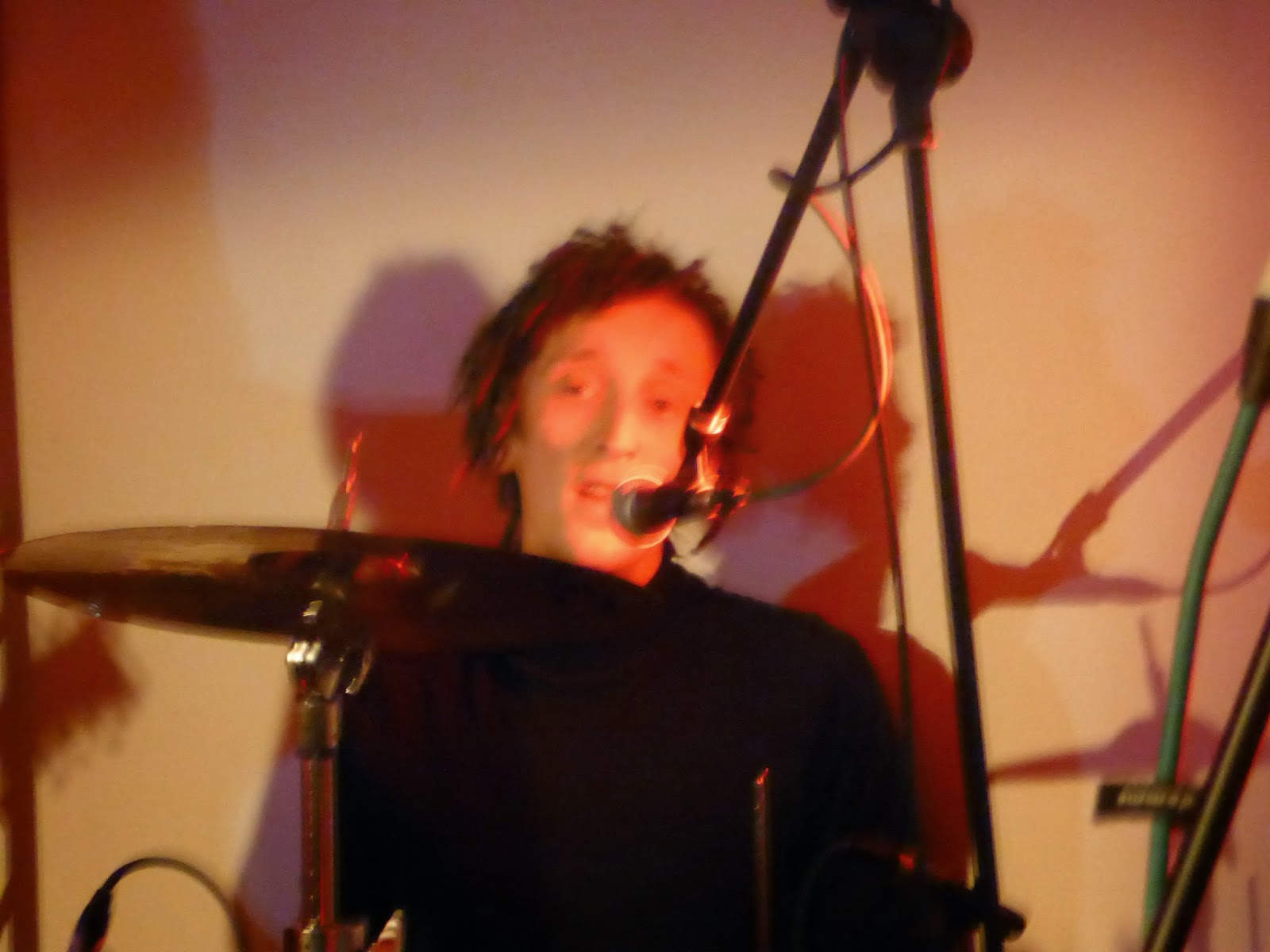 Their eight-song set weighs in at just under half an hour so there's no messing around, no extended jams or instrumental sections, White Boy are deliberately in your face, provoking, challenging and loud when the guitars are ratcheted up past the capabilities of the sound system. But, like all great music, they draw on many influences and styles to create their art.

They start Rock On with Joe at the side with the keyboard player, repeating a single note on the piano whilst urging "hey kids, rock n roll" whilst singing about Jimmy Dean and blue-jeaned beauty queens over flashes of electric guitar and drums which lead the song. There's parts of Trespass that wouldn't feel out of place on the most experimental funk-driven Prince albums, whilst Ripped Knickers (and platform shoes) and Bleach recall the time Primal Scream ditched the synths and picked up their guitars again. The opening trumpet call on single Kiss N Run and the "woo hoo" backing vocals and the infectious sing-along nature of the chorus shows they're not afraid to embrace the need to produce a killer single when the mood takes them. 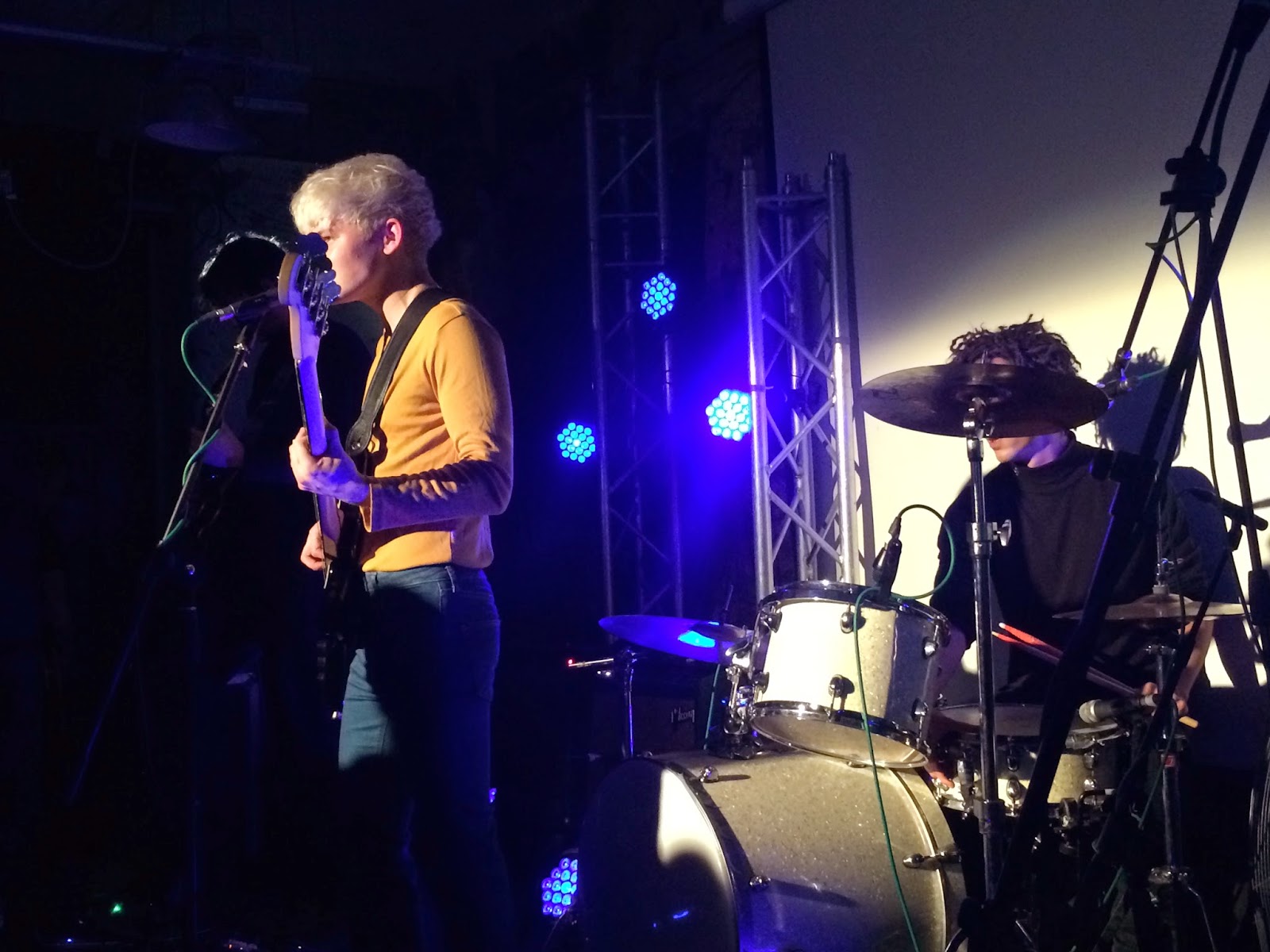 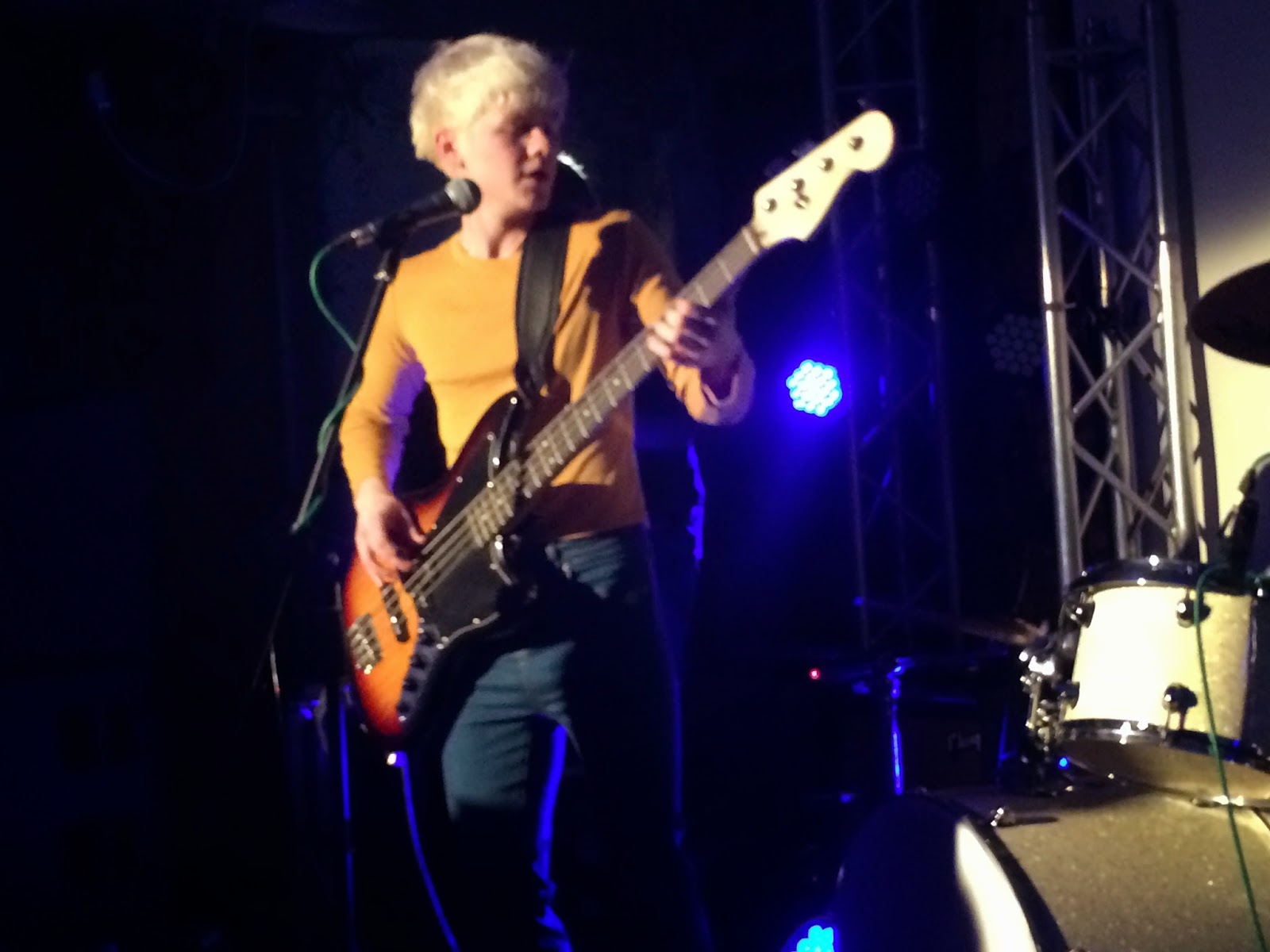 They're not just about ribauld noise though. 100 Degrees builds from moody stripped-back beginnings with flashes of guitars and a trumpet soliloquy into something that could conquer festival fields worldwide. Even more subtle and restrained is the majestic Starchild, the real stand-out track of the evening, underpinned by keyboard and drums, an anthem for the disaffected. Closing track Mamma, with its opening line nod to Queen's Bohemian Rhapsody, is every inch their epic track, full of starts and stops, unfeasibly complex drum patterns and trumpet cutting through the rest.

They don't say much, other than to thank us and tell us about a gig at the Deaf Institute on April 2, but they don't need to. Tonight is about the music, a revelation, a new beginning and making a statement. They do just that. You forget this is their first gig because they're so tight, so in control and everything you hoped they would be and so much more.