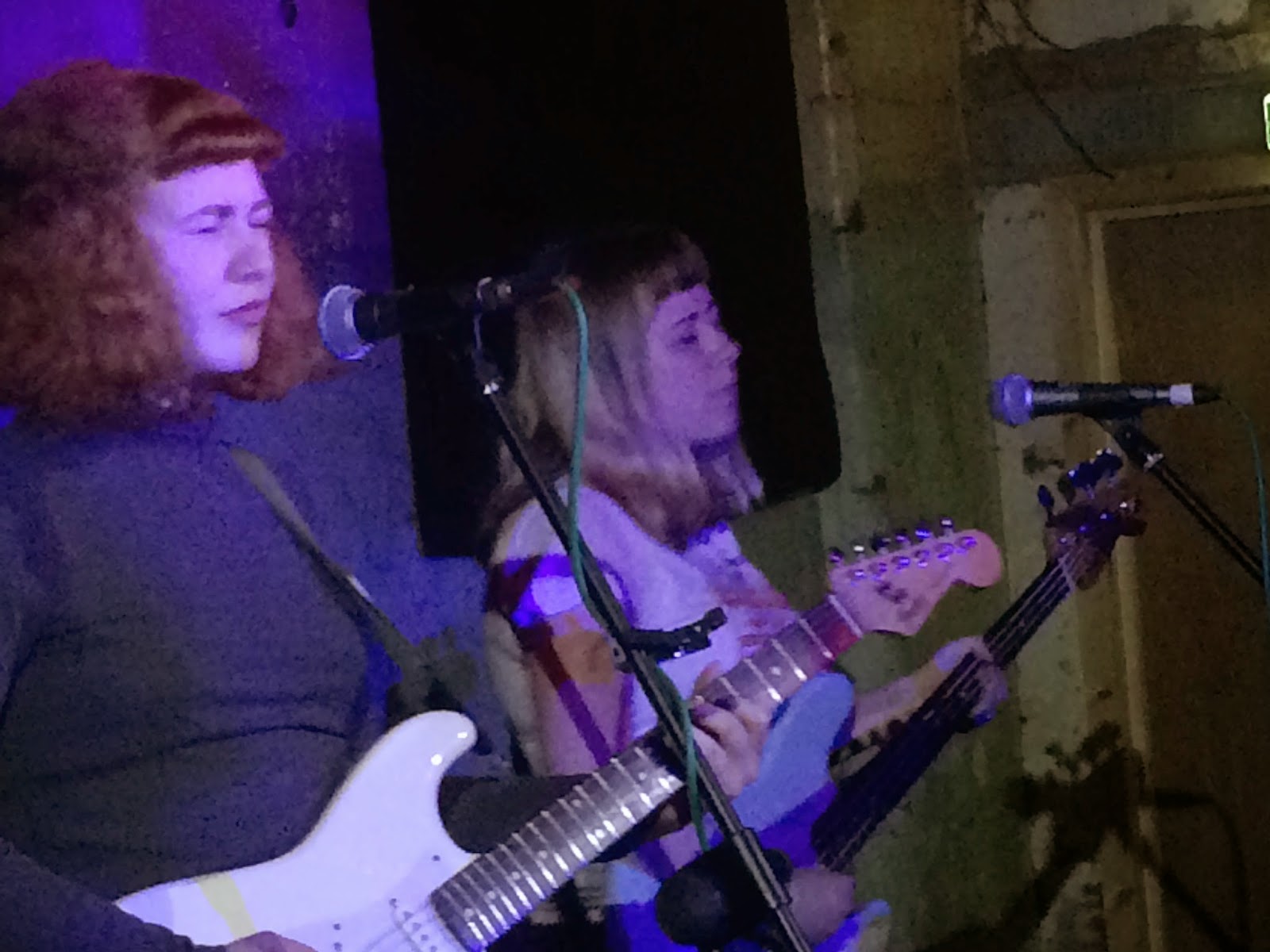 Cleo and Harmony, aka Girlpool, are a two-piece from Philadelphia. Armed with just a guitar and a bass and a set of short, sharp and not so sweet three minute songs, they made their Manchester debut at The Soup Kitchen.

On the back of the success of their self-titled debut seven-track EP, Girlpool have built up quite a buzz about them ahead of a short UK tour. As they tell us, they've never been to Manchester before, and being quite excited about the food as well as their surroundings in the (not so) luxurious Soup Kitchen, their infectious energy and love of what they do is very evident.

Their twelve-song set only takes just over half an hour and contains most of the songs from the EP, plus their forthcoming single Chinatown as well as their forthcoming b-side, a cover of Radiator Hospital's Cut Your Bangs and a set of new songs such as Emily and I Like You that show that they're here for the longer run. 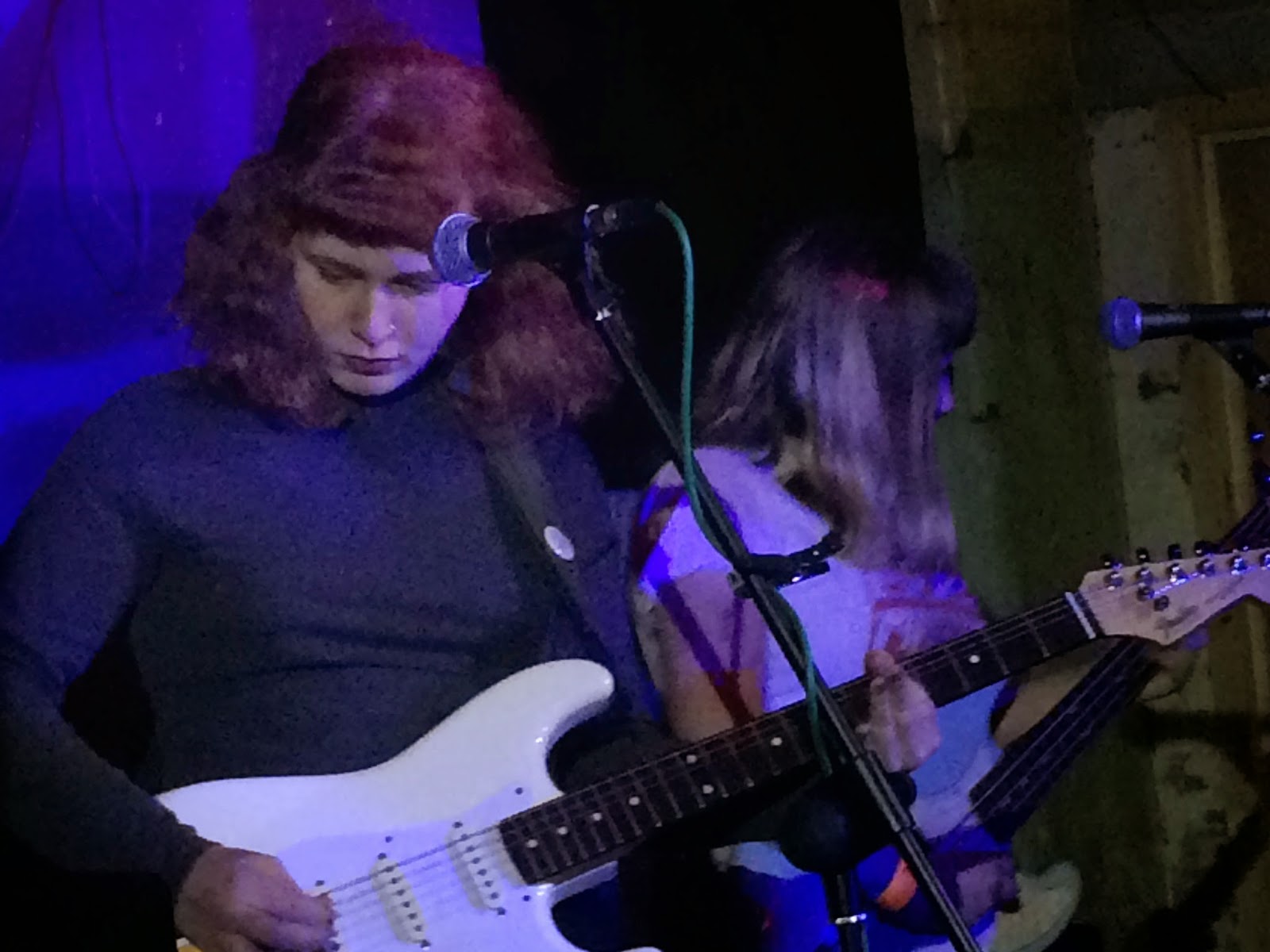 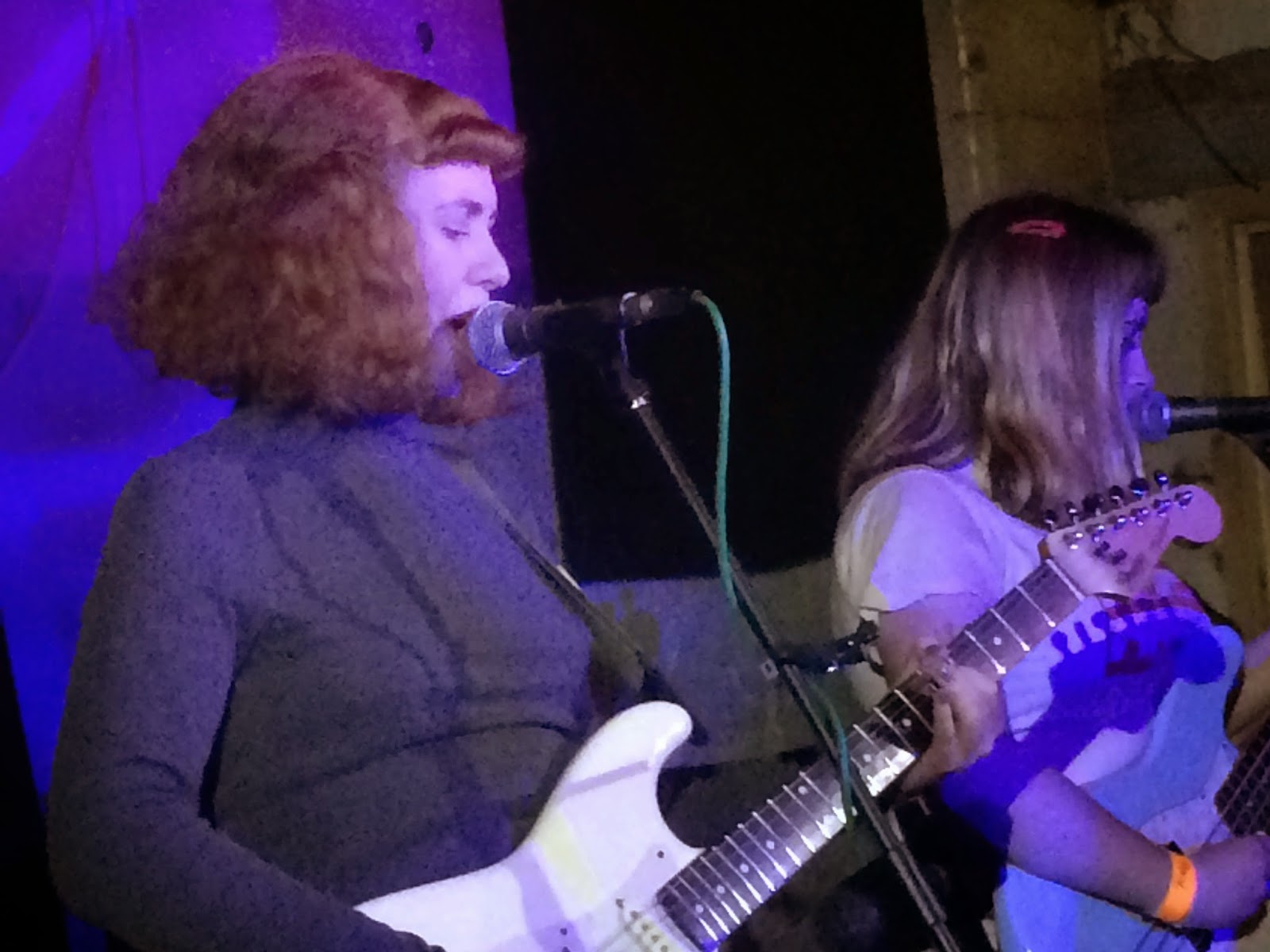 Their approach is straight-forward with just the two guitars, yet they range from soft, endearingly naive and sweet songs that are all hook and repeated to effect chords to letting go and ripping as much noise as they can from the guitar, screeching scrawling riffs.  They swap over instruments for one song mid-set and share vocals throughout as well which means they never sound repetitive or formulaic. They lose themselves in their music as well, the audience interaction during the songs is almost non-existent and you can tell that they're learning the way to do it between songs as if they're developing as a band in front of our eyes.  They finish with an impromptu encore of audience favourite Jane, a boy/girl love/hate standard that sees one final assault on the senses before they sheepishly depart, a little taken aback by the strength of the reaction.

It'd be easy to snobbish dismiss them as some lo-fi indie gimmick, a Shampoo for the cooler kids with better hair, but that would be doing Girlpool a massive dis-service. They may not be everyone's cup of tea, they may grate some, but they've got songs that are fun (whilst being incredibly well structured and varied in their approach), songs that tell stories that people can relate to, stories of awkward situations, stories about nonsense tales and stories about friendships, relationships and their break up without any deep analysis or evaluation. And let's face it, it's far more interesting than yet another group of boys with nice hair and tight jeans recycling the same old riffs.

They make music for themselves, but they hit a chord with others, a fact that seems to genuinely astonish them as they're taken aback by the reception they're getting so far from home in a place they've never been. Even the way they nervously stand at the merch desk post-gig and take instructions to record what they sell shows they're a band still getting comfortable in their skin. Despite that they're a fascinating band to watch and listen to now with so much potential to do much more, but who are already rightly causing ripples of excitement and picking up new fans wherever they go.

Email ThisBlogThis!Share to TwitterShare to FacebookShare to Pinterest
Labels: Girlpool