Sara Lowes - The Joy Of Waiting 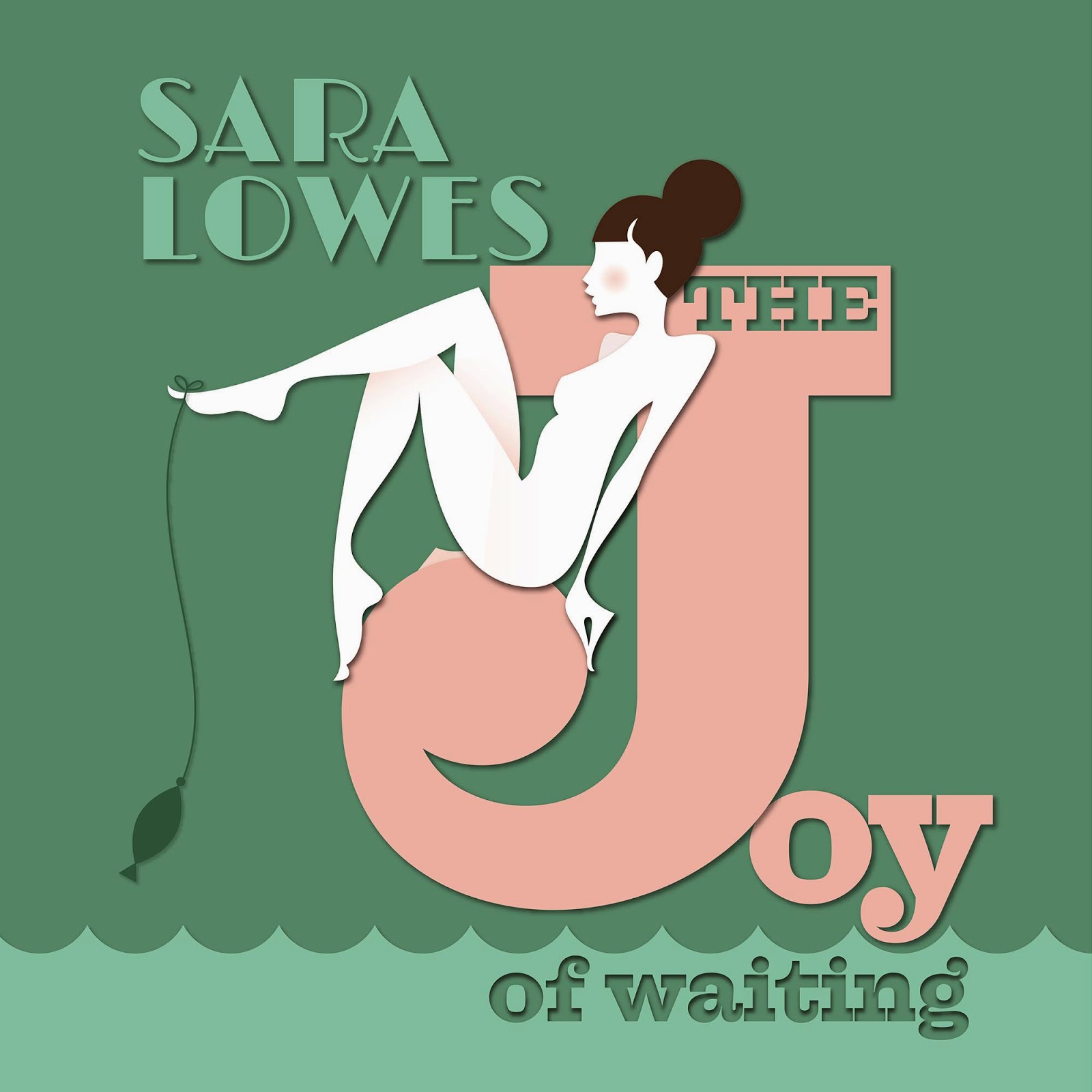 It's been four long years since Sara Lowes' debut Back To Creation. The (perhaps) ironically titled The Joy Of Waiting has been those four years in the making, but is worth every minute of that wait. Beautifully constructed, full of pop sensibilities, divine changes of atmosphere and exquisite control of mood and pace, it's the most complete record we've heard for a long long time.

The album opens with the instrumental title track and it's a sign of things to come. Lush arrangements recollecting dance hall waltzes, keyboards dictating the pace and the mood of the record and a statement that this is a record by a real musician rather than a recording artist. It drops into the single Most Things, the most ebullient track on the record, Sara moving from one line of the song to the next without drawing breath yet managing to deliver the most harmonious range of vocals that dictate the whole direction of it.

Next up is another single I Find You, which exhibits a slightly more experimental direction musically without losing what makes this record so special. Sara's vocals rise above the electronic beats that underpin the verses. It weighs in at over five minutes, but like so much of this album, it never outstays its welcome. The next track, J B Priestley, inspired by Sara's love of the author, is even longer, but is a gorgeous assessment of a relationship accompanied by an understated backing and occassional strings. The song picks up pace as Sara's vocals, supported by backing vocals that match her lead and then moves away in different directions. Sara's talked excitedly about the record being four distinctive sides (to match the eagerly awaited double vinyl version), but there's almost four different versions of this song in the six and a half minutes. When the brass kicks in around four and half minutes in and Sara coos "J B" the listener is transported away into a dream world before it drops down to its conclusion.

Bright Day is a piano-led ballad accompanied by strings that wring every available piece of emotion out of the song. The simplicity is what makes this one so special, backing vocals create the harmonies over the piano as Sara reflects wistfully "memories come pouring and lead me astray, so I'll set my writing aside to another bright day."

The mood and pace picks up somewhat with Chapman Of Rhymes, the dramatic musical journey continues with layered vocals playfully fighting with subtle flashes of brass. As with so much of the album, it would work equally well without vocals as the soundtrack to a movie and ultimately in large parts of the record Sara's voice acts as another instrument. Subtle keys and rippling drums usher in With A Mirror as Sara exhorts the subject of the song to "make your minutes count and your seconds last" and, like so much of the album, it moves off on a couple of different tangents, including that perfectly atuned brass again, that feel very different, but which don't feel contradictory in the slightest.

Little Fishy, the standout track on last year's All For The Means Of A Well Planned Getaway, is next up and it's joyful buoyant intro tricks us into believing that this is going to be a full on disco stomp. What happens next is that it veers off in all directions, first dropping down and allowing Sara to show off her vocal range before resplendent keyboards usher in the cleverly romantic "on the end of my line, little fishy of mine, heading straight to my plate" chorus and then two subsequent changes in pace. It could be shambolic and lacking direction, but it's perfect - each key change, each acceleration or deceleration feeling both seamless and wholly appropriate in the context of the song.

Just when you feel the sheer intensity of the record is going to wear you out, the opening piano of For The Seasons, full of dark foreboding, accompanied by solitary strings and Sara's effortless move through her vocal and emotional range and the simple yet stunningly poignant "I can see the end from here" lyric give the album yet another twist. It builds in dramatic effect for the last minute as the piano and haunting vocal melodies create a slightly unnerving environment, full of trepidation and uncertainty.


Cutting Room Floor follows the trend of a few of its predecessors in that they don't tell a story, the lyrics work with the music to make a statement. The title refers to the place where "all these good ideas" end up, but the lyrics are almost incidental, although the line "going to hit the cutting floor, a nice idea that needed more than I could give" suggests it's a reference to the multitude of ideas going round her head whilst she's off doing everything else she does. Like most of what's gone before it, the word song doesn't do these pieces of music, art structures, whatever you want to call them, justice.

Horizons returns to Sara demonstrating she can write pop radio-friendly tunes with driving keyboards and brass, delicious vocal harmonies and so many ideas wrapped into its three and a half minutes that could suffocate it, but doesn't.

Final track The Clock Plays Its Game starts with a soft, lonely keyboard line, pensive, atmospheric and a vocal where Sara laments missing someone "there's never a time when this past is forgotten" where you can hear every sinew of emotion flowing through your speakers. There's occassional fluorishes of strings and dramatic keyboard lines and a breakdown that changes the mood of the song, building an atmosphere for the final denouement of the album, a crescendo of string-laden keys and layered vocals.

The Joy Of Waiting has been worth it, it's a spectacular album from a hugely talent artist and it feels like this record is merely scratching the surface of the reservoir of musical ideas roaming free inside her head. She's off to complete a commission for the launch of the National Graphene Institute in Manchester as well as no doubt a raft of other projects that are demanding her time and expertise. There's more ideas in this record than most artists have in a career and the fact that they feel perfectly entwined, fitting each other to perfection and never once sound clustered or overbearing make it an absolute triumph.

The Joy Of Waiting is released today on double vinyl which can be purchased from Sara's shop or digital download.