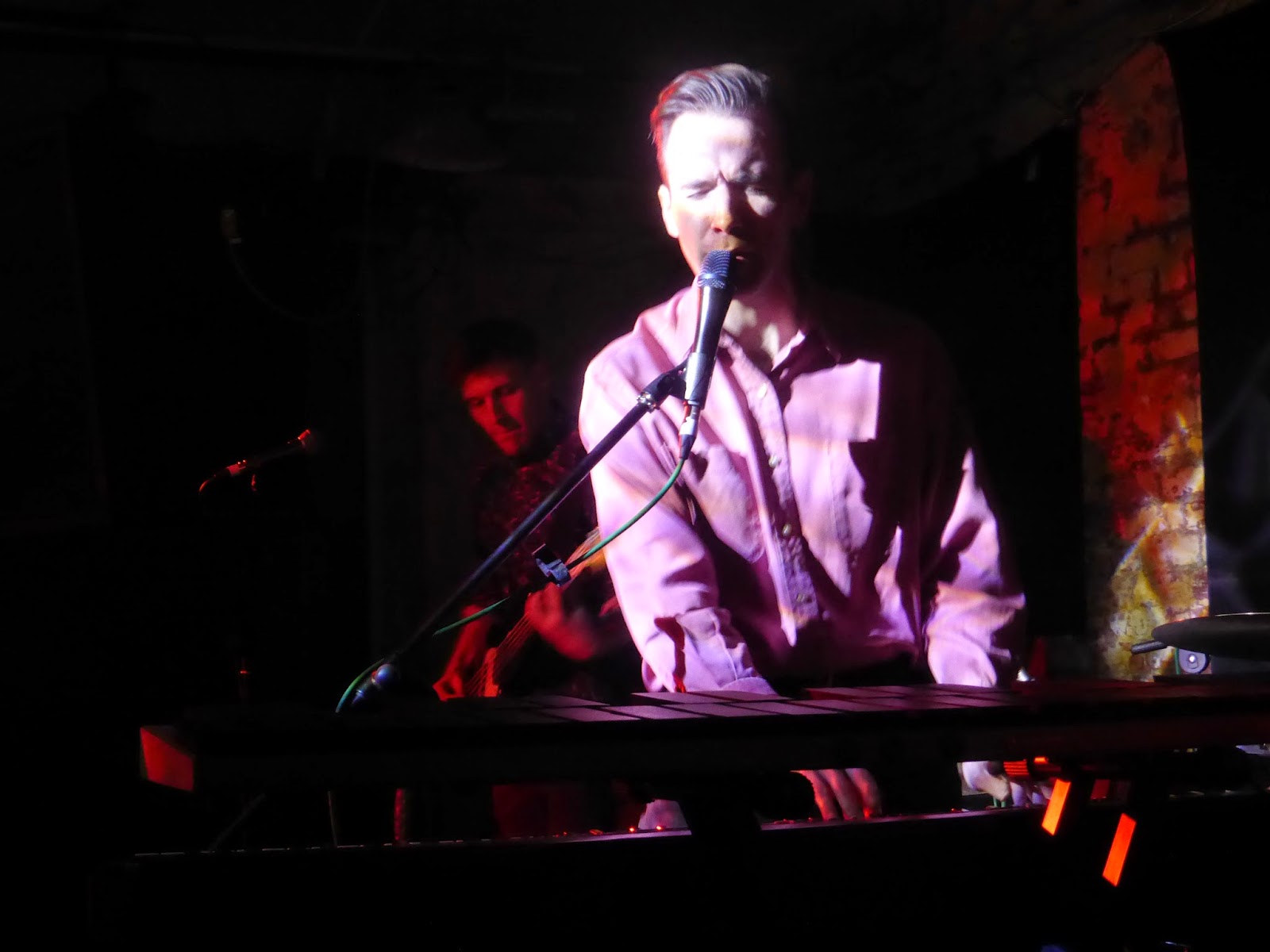 Ahead of the release of their fourth album Oh Shudder on Monday, Dutch Uncles played an intimate show at Manchester's Soup Kitchen for those who'd ordered the album with Piccadilly Records. With the surprise departure this week of Sped, they had to rearrange their live set up to accommodate as well as playing most of the new tracks to the public for the first time.

It's always weird going to gigs in the daylight, but after standing out in the biting Manchester cold waiting for the soundcheck to finish, there was a sense of anticipation to hear the new Dutch Uncles songs. Hailed by people who we trust as their most accessible record yet, perhaps now is the time that their synth-inspired angular rhythms took them to the same level as their brothers-in-arms Everything Everything.

In front man Duncan they have an engaging soul at the head of the band, not your typical band leader with his confident awkwardness advising a young boy in the front row not to ask his father what Drips is about, his Dad in front of a mirror dancing (which actually makes you warm to him immediately rather than be embarrassed) and his ability to use the range of his voice to great effect. The latter is evident on this set of songs which show a greater diversity than previous records in addition to the accessibility we referred to earlier. 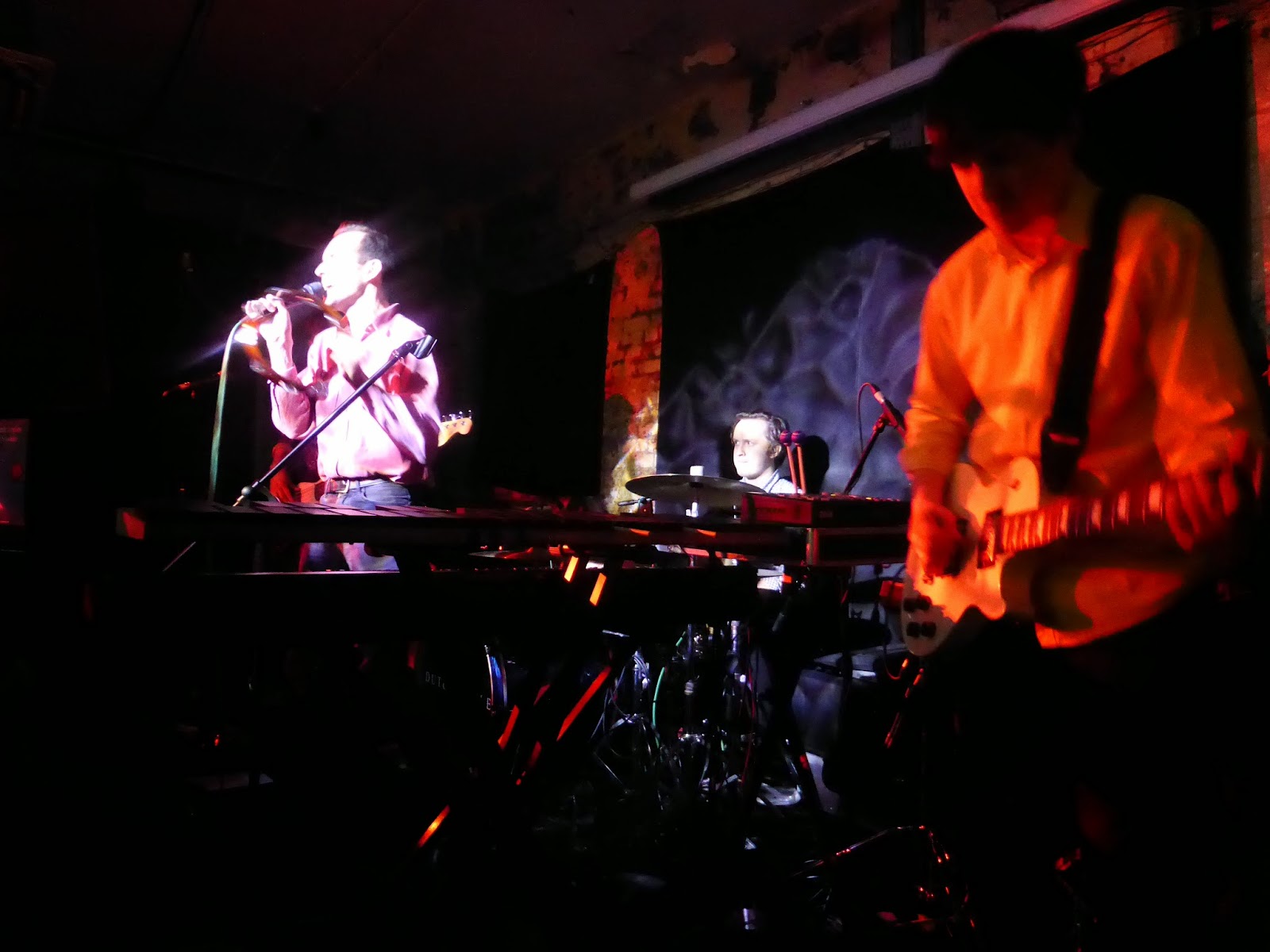 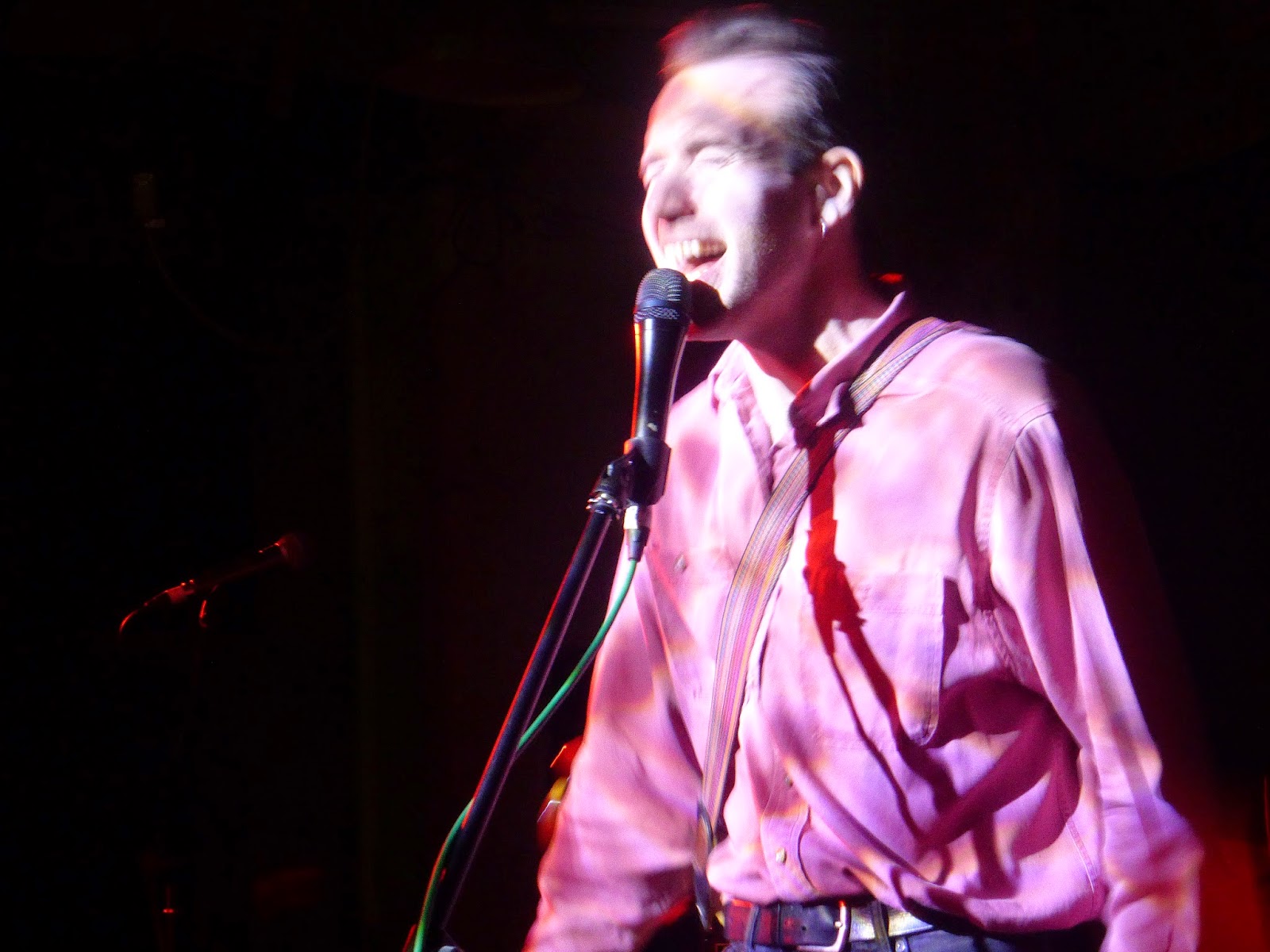 Album closer and the last song they play this afternoon Be Right Back is possibly their best song to date and sees Duncan pick up a guitar as well as playing keys and tambourine. It's this multi-tasking that, drummer apart, the band's personnel situation has forced, but which is also instrumental to their sound. For a live five-piece there's a lot going on up on stage, switching of instruments and it leads to an impressively varied sound without losing the Dutch Uncles hallmark. They're not ashamed of their love of the 1980s and wear their hearts on their sleeve with their music.

There's not a weak song in the seven they play and a couple of potential radio-friendly singles in Decided Knowledge and I Should Have Read might be the ones that push them further into the mainstream, but it's the rippling keyboards and majestic backing vocals that make Upsilon the other real stand out track.

For the first gig since the departure of a founding member, it's amazing that they've managed to pull these songs together, particularly as it's the live debut of most of them. Whether or not they'll get in a permanent replacement before they play The Ritz at the end of March remains to be seen, but they've adapted to the drama exceptionally well so far.

Dutch Uncles played Babymaking, In N Out, Decided Knowledge, Drips, I Should Have Read, Upsilon and Be Right Back.