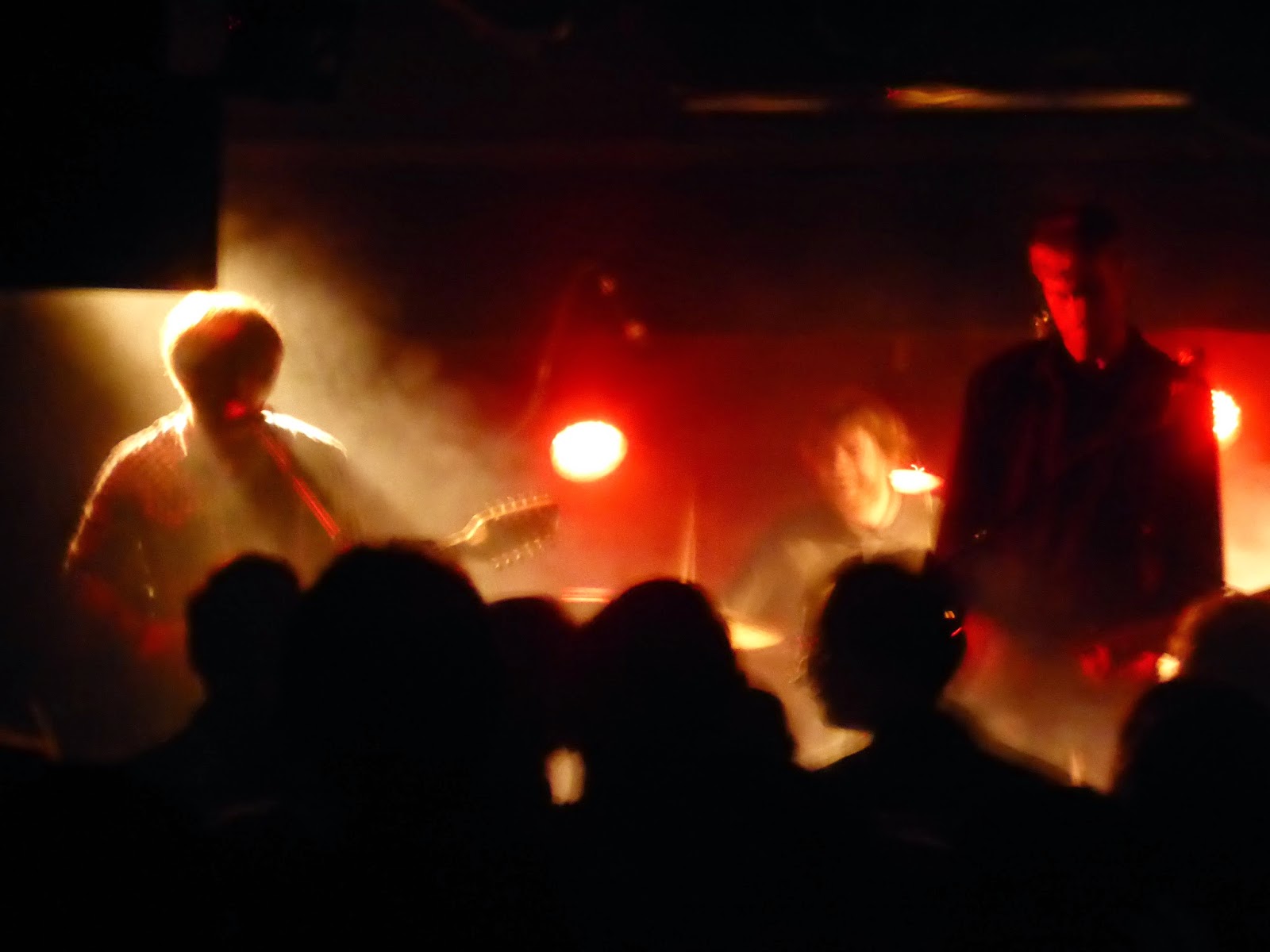 Ahead of the release of their self-titled second album, The Lucid Dream played a headline show at The Roadhouse showcasing some of the songs from that album as well as their debut Songs Of Lies And Deceit. If anyone thought guitar music was dying, they need to go and see them.

There's something about The Lucid Dream that makes them stand out against the wave of bands that have been tagged with the psyche monicker. Right from the start of their set, which features eight minutes plus of new album opener Mona Lisa, it's a ferocious wall of sound, building from a gentle brood into something so far out there that the audience loses itself in a trance, hypnotised by the cavalcade of sound that's being created by two guitars, a bass and drums.

The obvious comparisons are Velvet Underground, Jesus And Mary Chain and My Bloody Valentine, but as the set progresses, what strikes you is the depth of sound, the way they suddenly without warning change tack and move from a sonic maelstrom to something quite different, tuneful in its own way and displaying a variety that so many bands of this genre are often oblivious to. Vocals fight their way through this at points, effects-laden, we can't quite make out what's being sung at times, but it doesn't feel particularly important as they often act as yet another instrument that creates another effect on the vivid canvas that The Lucid Dream paint.

Their songs fit together perfectly, they go straight from one track into another so often that it's only when they pause for breath that we know one song has finished and they next one starts, such is the seamless nature of their art.  They're not just about noise though. You And I, the closing track on the new album, has romantic sensitivities lurking below the surface of the chiming guitars that make their mark. Sweet Hold On Me sits at the heavier end of 70's garage in parts before veering off on another of their tangents. They're not afraid to use keyboards and a melodica at one point during Unchained Dub and create magic with their effects pedals either to further provoke the listener and expand the journey our senses are being taken on.

There's few bands out there that are prepared to take us on the journey that The Lucid Dream take us on. They break down the barriers of the traditional song and in its place install epic sonic masterpieces that at times are hauled back into line and feel like songs before breaking free from those chains to attempt to corrupt us further. They never fail to hit the mark though, from the cacophony that they mould comes real beauty, albeit battered and bruised around the edges. They're not easy to listen to, but they're worth it.

video by MancMusic - check out his YouTube channel here.