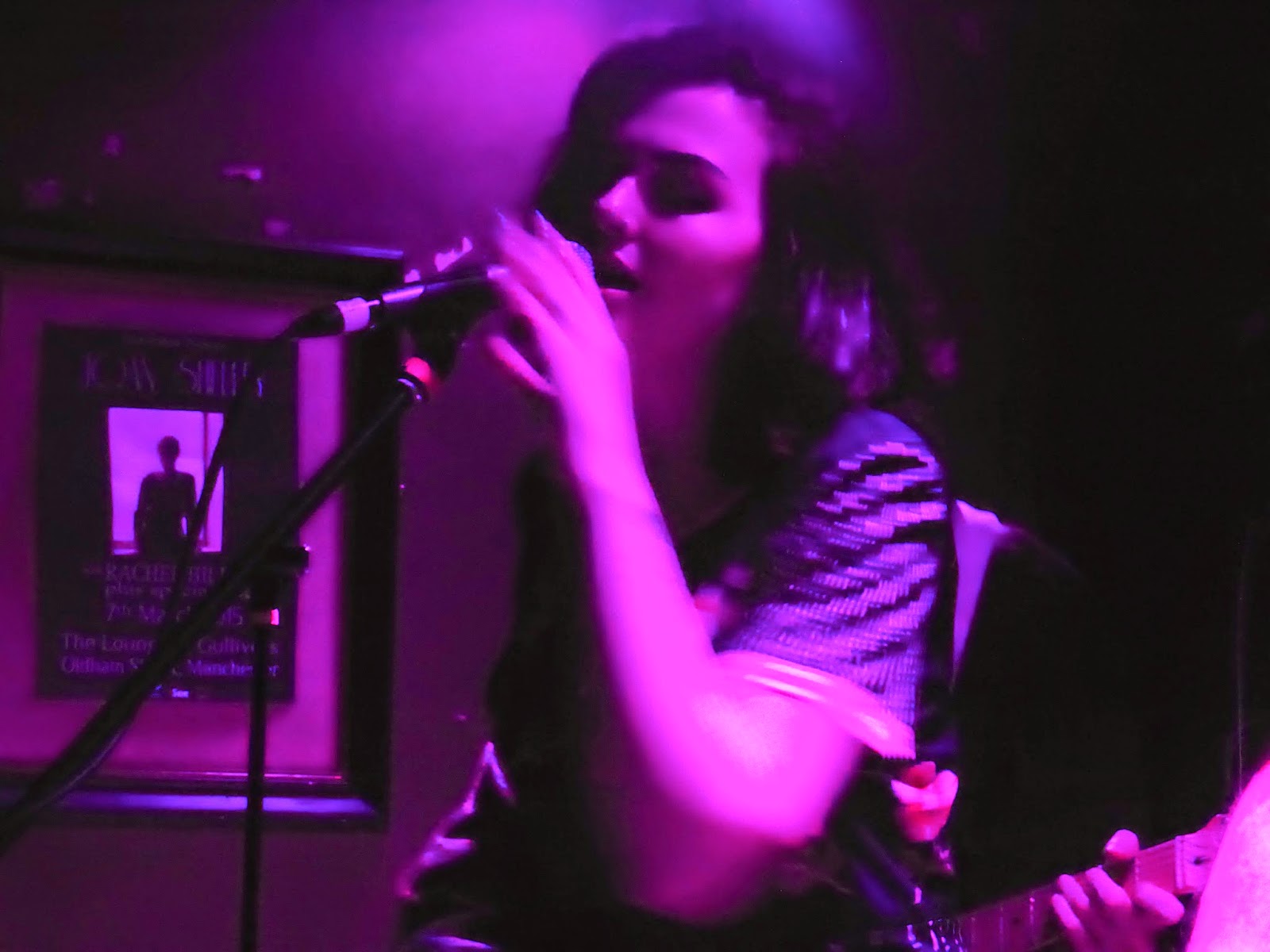 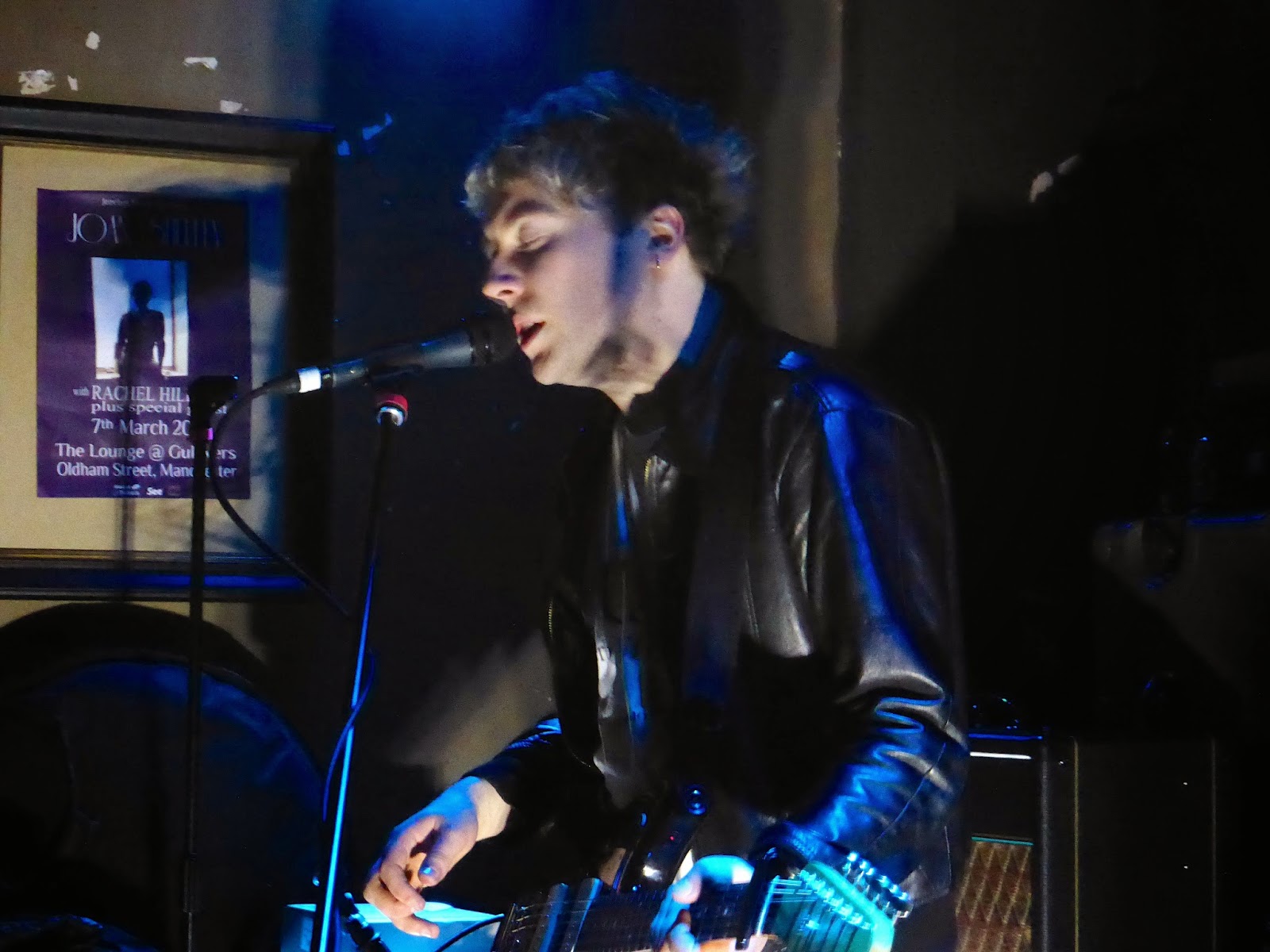 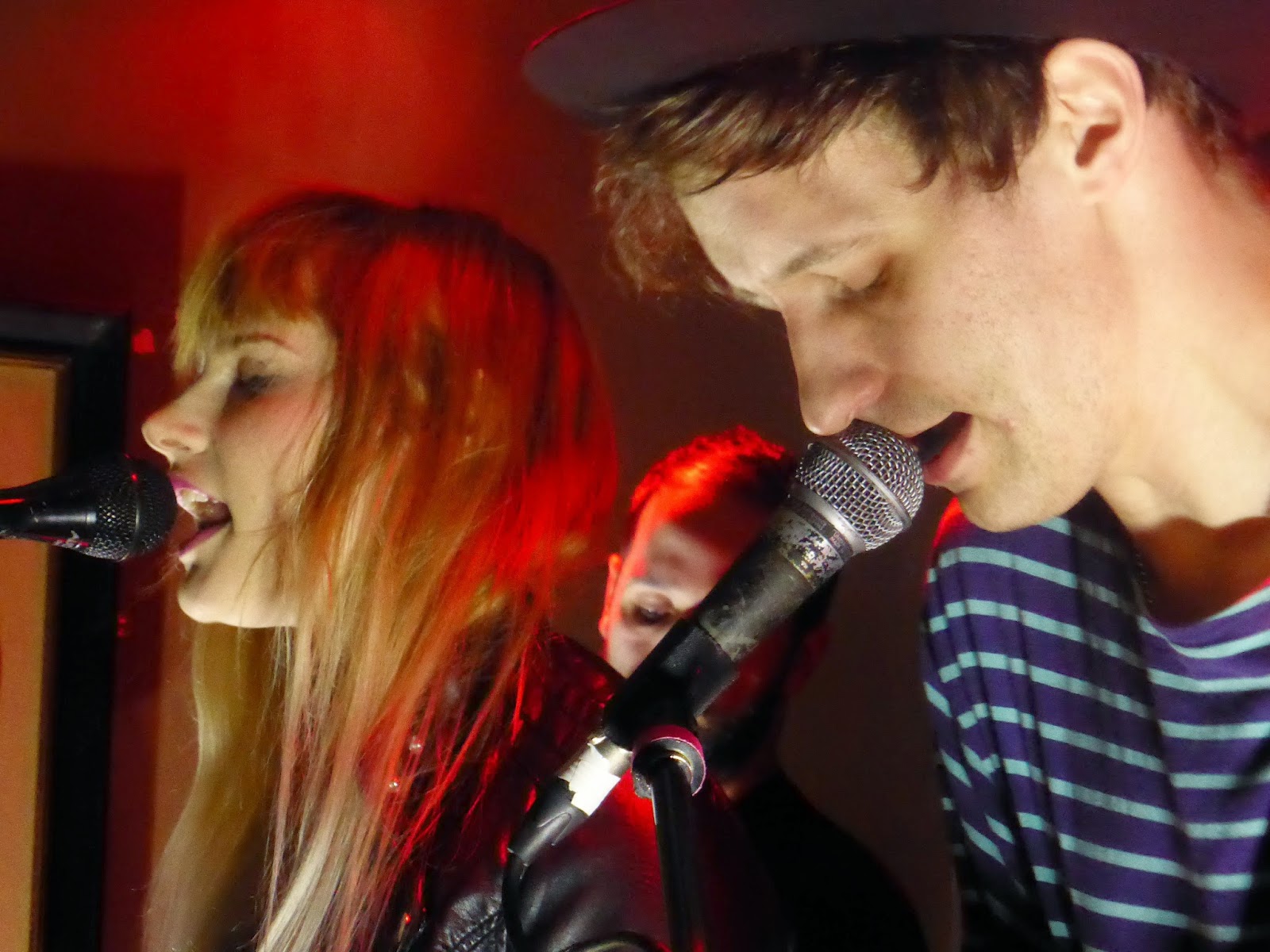 We've waited a long time for Coves to come back to Manchester for a headline show and were excited by the prospect of hearing songs from a new EP they've been working on. They didn't let us down. Supporting were two exciting new acts - Manchester's own Mary Joanna and Leicester's Lusts - both of which more than exceeded pre-gig expectations.

Opening up are / is Mary Joanna. She's very much a Mancunian, sweet, charming and engaging with the audience, but you know you wouldn't mess with her as she'd pack a punch way harder than her tender frame. Nothing prepares you for when she starts to sing though, like her sisters-in-arms Ren Harvieu and Findlay, her voice stops you in your tracks, equally at home on the slower tracks such as their first reveal Fade (Tired Eyes) as it is later in the set when they crank things up and demonstrate that they're not just a one-trick pony on tracks like sure-to-be-single Monday and final track I Don't Mind. There's an unmistakeable Manc twang to songs like the splendid Bad Traffic, but it's an accent that adds to their impact rather than detracts from it. 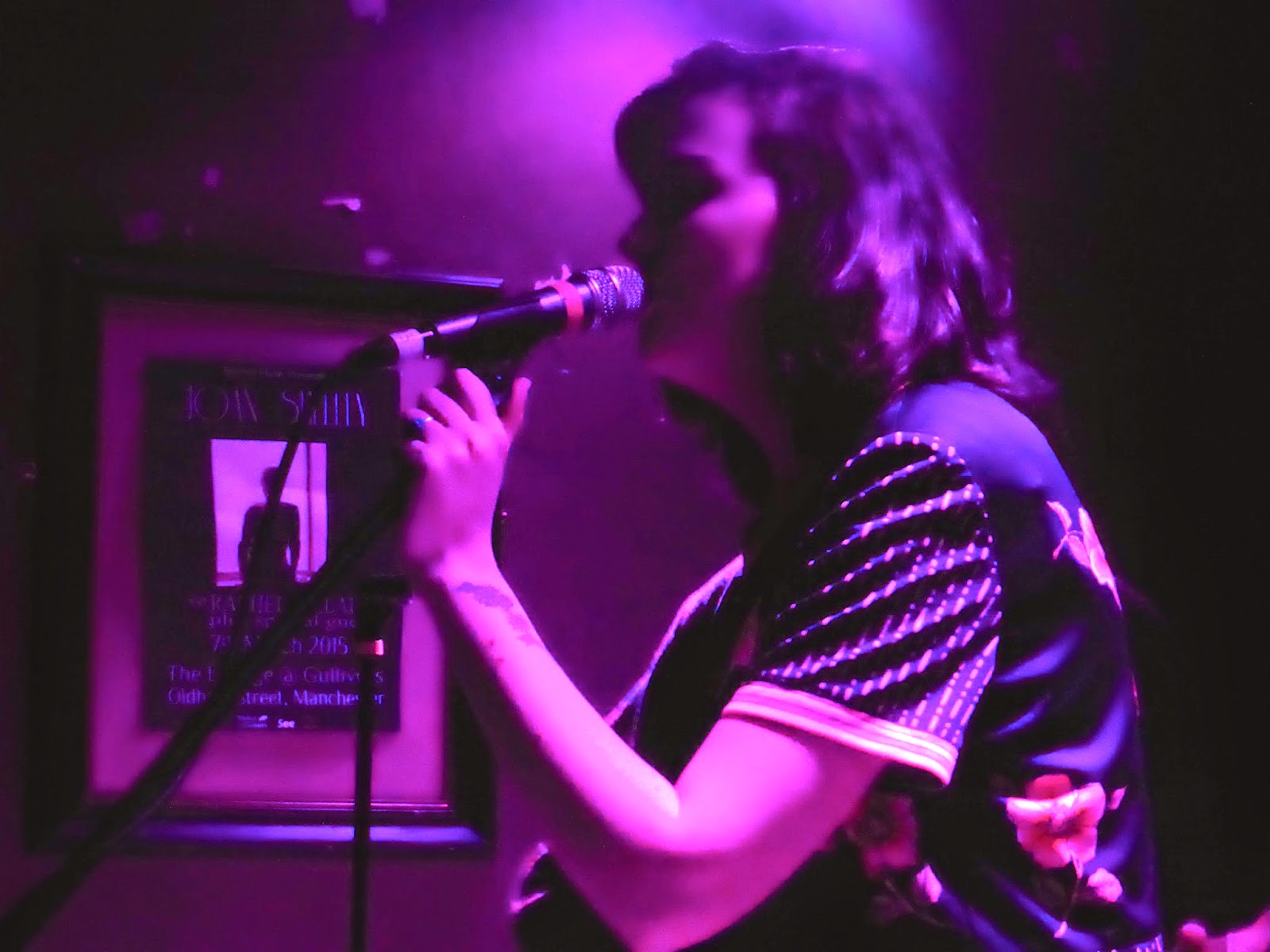 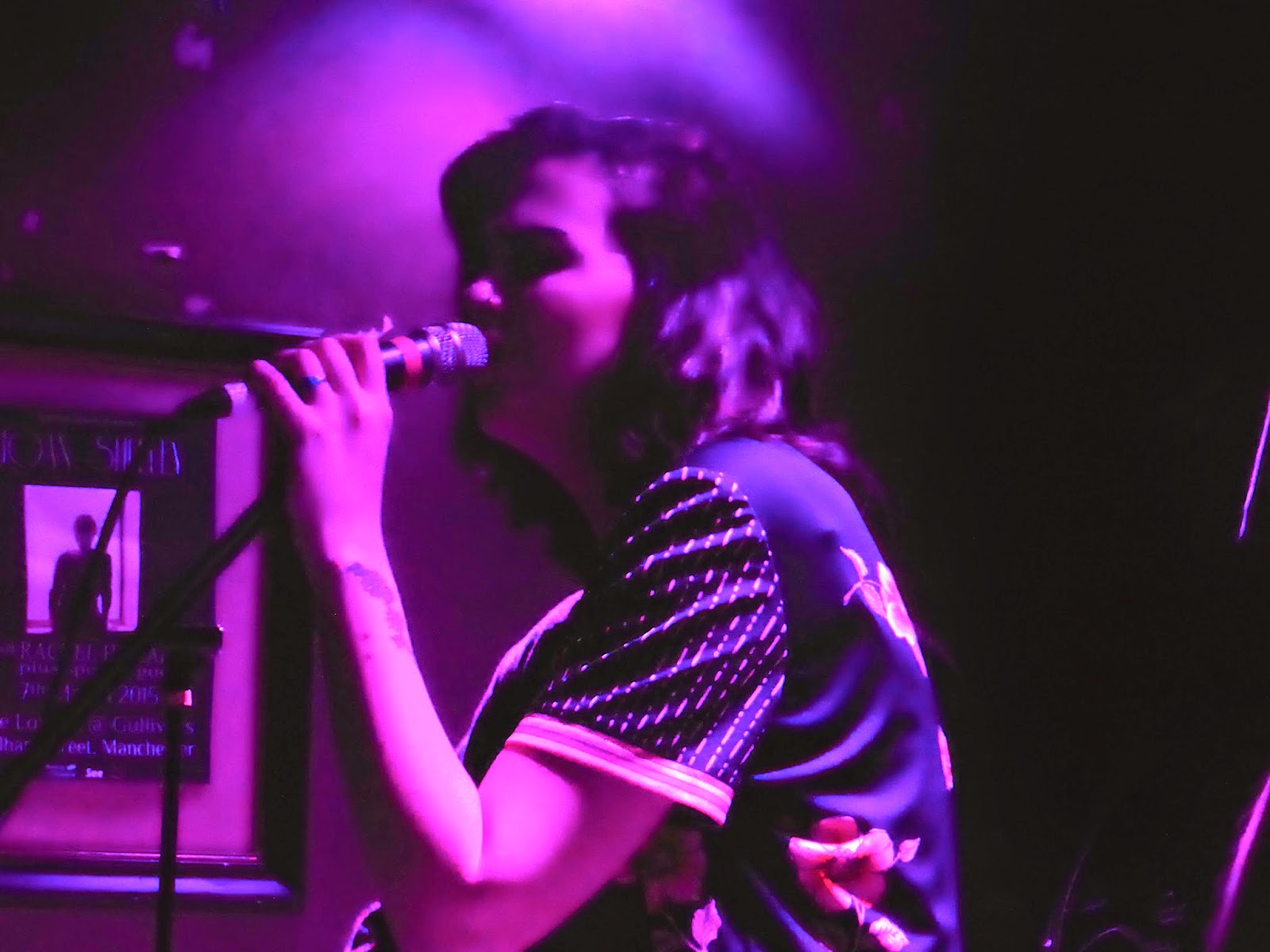 Their sound is based around bass, guitar and a backing track. Stephen Evans' guitar is central to their sound, whilst Will Coogan's bass and programming creates the platform that gives Mary Joanna's voice the space to breathe in the songs. The eight songs of their own that they play in addition to a cover of Sparks' Never Turn Your Back On Mother Earth display exceptional promise given the band have only been together a few short months - they don't mess around with unnecessary clutter in them, they're direct and show an understanding of the appeal of three minute pop songs.

Next up are Lusts, who take the unusual step of coming on ten minutes early and they don't hang around, playing for just over twenty minutes. It's very much a case of leaving us wanting more though. There's a whole raft of guitar and drums duos at the moment, but Lusts take a different approach as evidenced with their debut single Temptation which closes the set.  They merge a knowing nod to classic late eighties indie guitar with more overt pop sensibilities to create something that feels both accessible, but also reassuringly fresh, particularly in the way the lead vocals work together with backing vocals and harmonies from the drummer rather than the more direct aggressive approach adopted by many bands with this set-up. 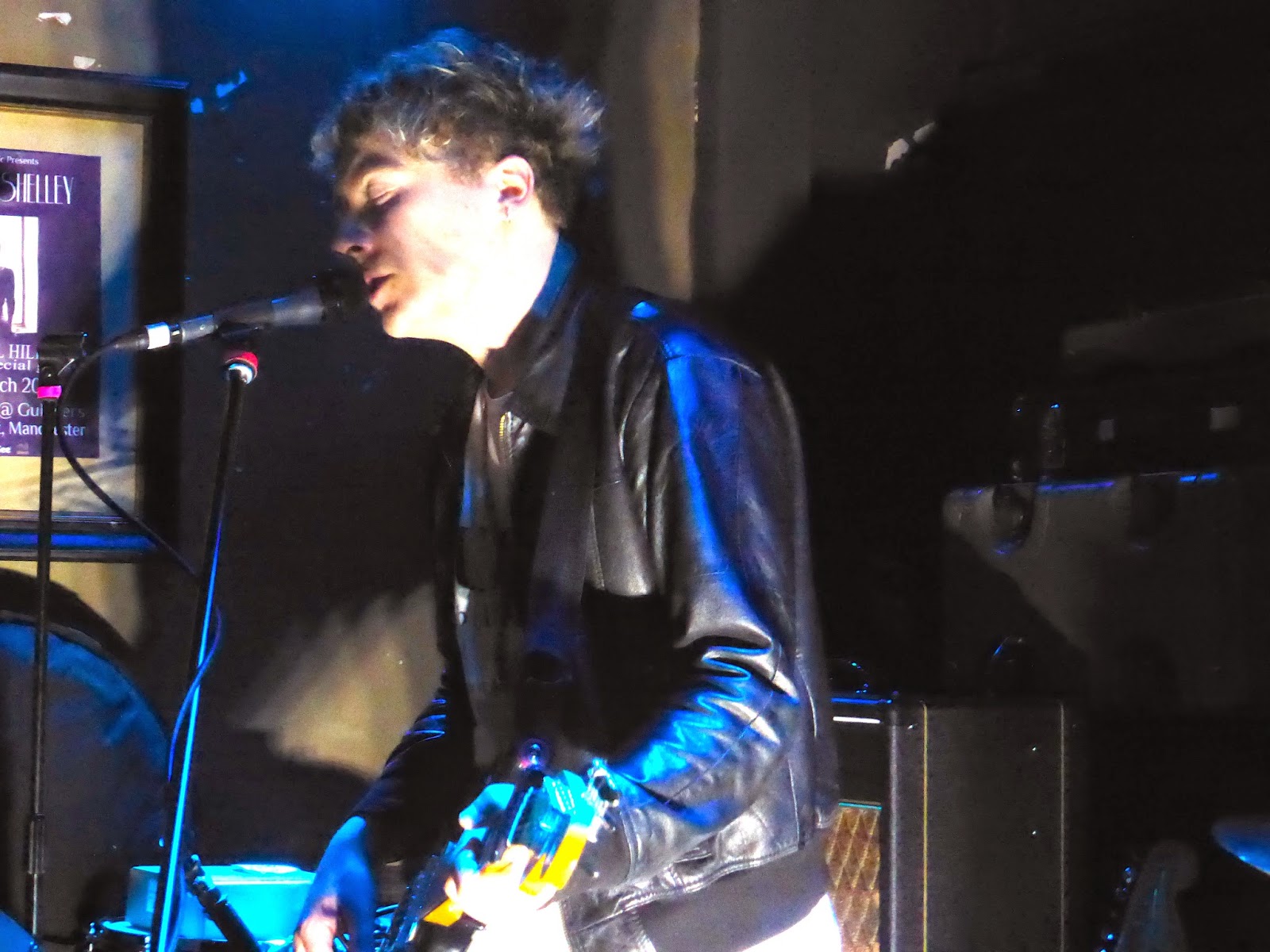 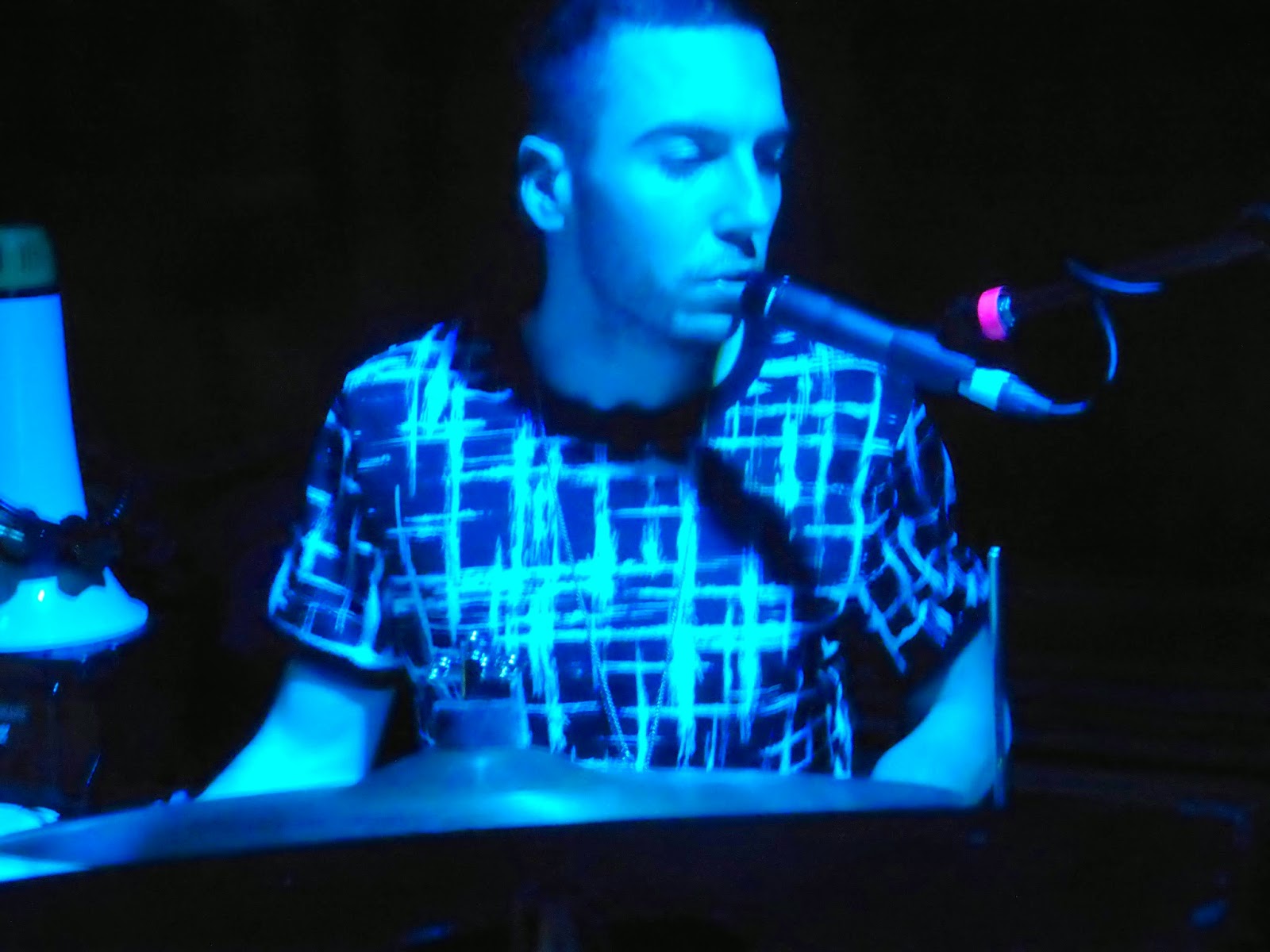 Although they save Temptation for the end there's no sense of anti-climax as the rest of the set stands up well to it. The instrumental Cross, a brave move in itself, starts off with rhythmic looping drums and a guitar hook that slowly but surely builds up pace, whilst the track that follows it feels like a modern take on the uplifting misery of Joy Division and Echo And The Bunnymen, yet performed by a duo. At the moment, they can count the number of gigs they've played on their hands so they're still very early in their development, and they're developing a stage personality as evidenced by them telling the story behind the impressive Illuminations, but they've already marked themselves out as a band that could go places very quickly given the right breaks. 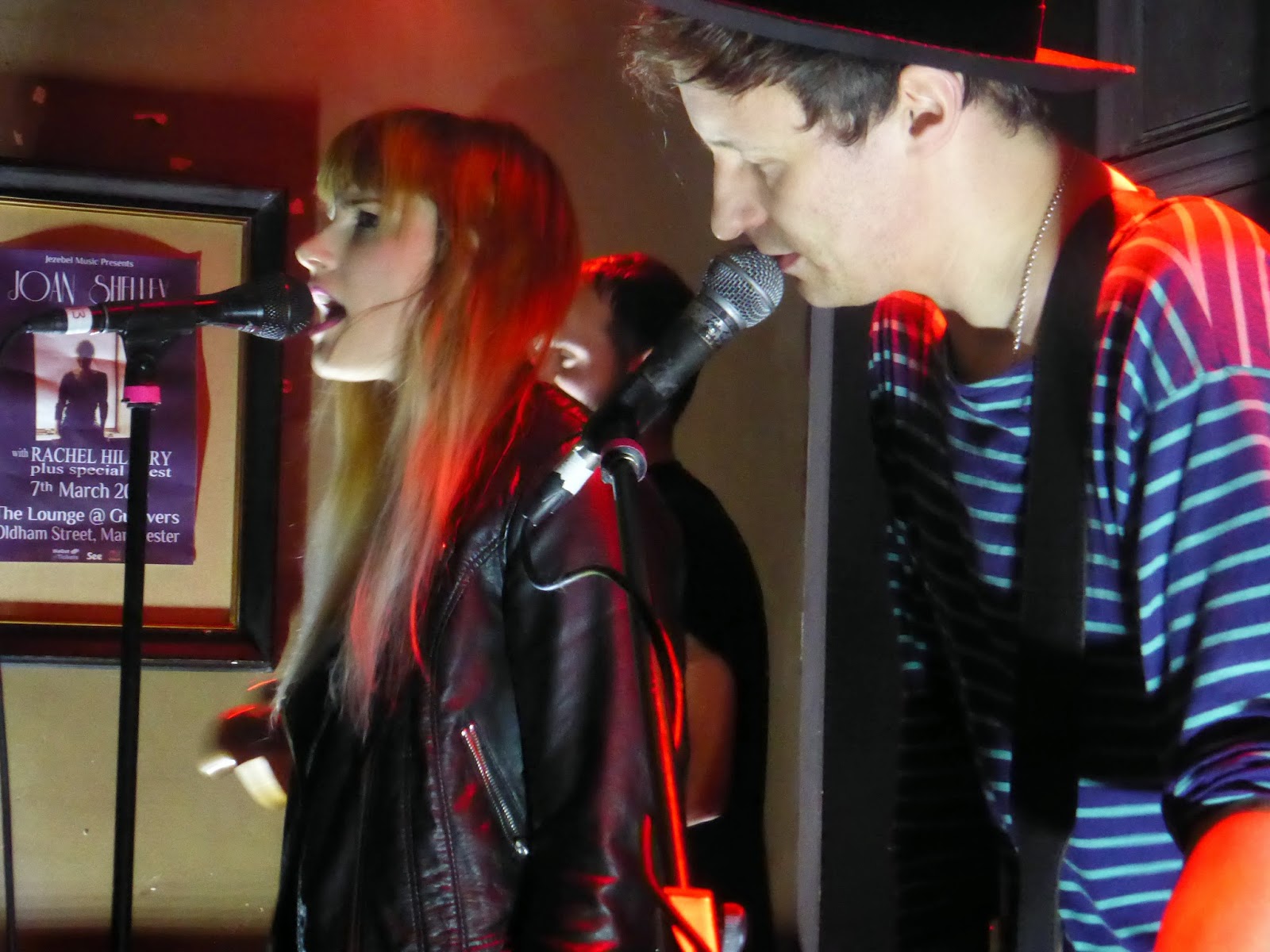 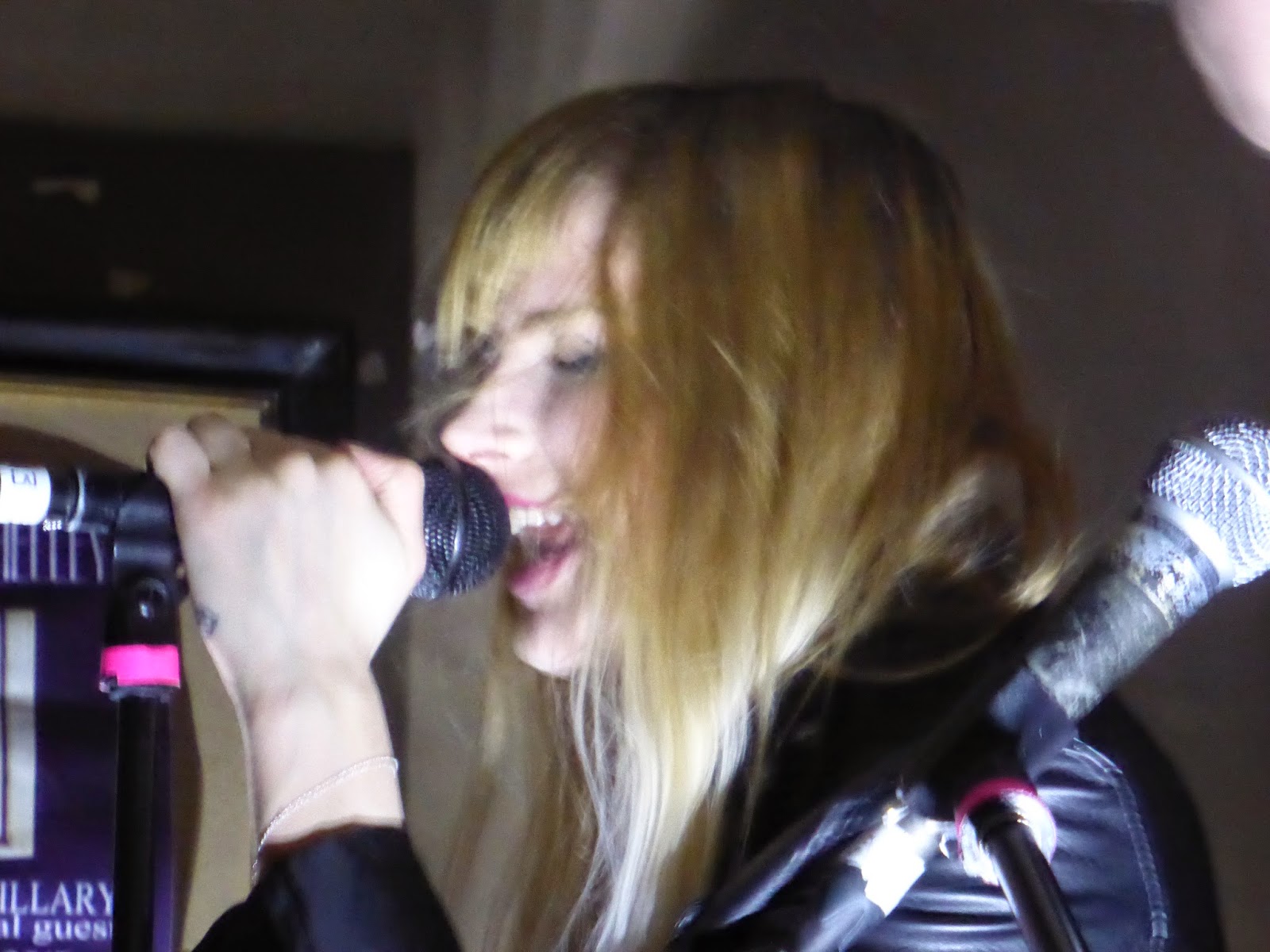 We love Coves at Even The Stars. Their debut album Soft Friday made number three in our Albums Of 2014 list and was only beaten by possibly the best albums in the careers of our two favourite bands thirty years in. It feels like an eternity like they were last on tour on their own and it's a travesty that they're only playing the rather modest Castle Hotel, although they have managed to pack it out on a cold Monday night.

They're set up as a four-piece with the core two of Beck on vocals, John on guitar augmented by a drummer / keyboard player and a bass player. This adds a much harder edge to most of the songs they play from Soft Friday, particularly as the size of the room makes the drums extremely loud. Whilst the likes of London Grammar and Churches float somewhere on an electronic wave and swim into the charts, Coves dive full on in, fighting the tide as the guitars duel with the drums and Beck breathlessly fights to be heard, but what they create is something quite unique, a melange of rock, pop and electronica that has spirit and passion in abundance, knowingly familiar, but not actually sounding quite like anyone else. 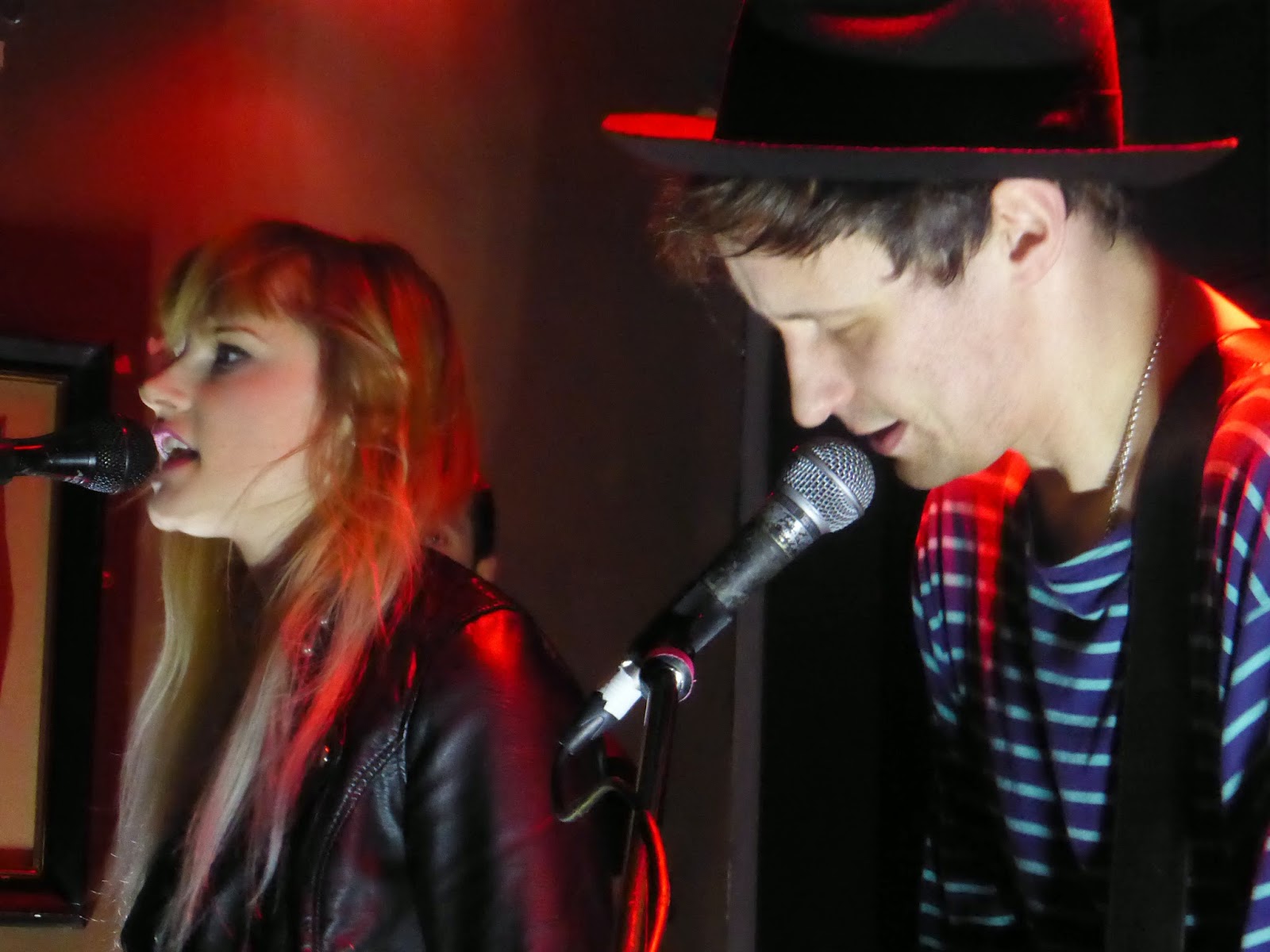 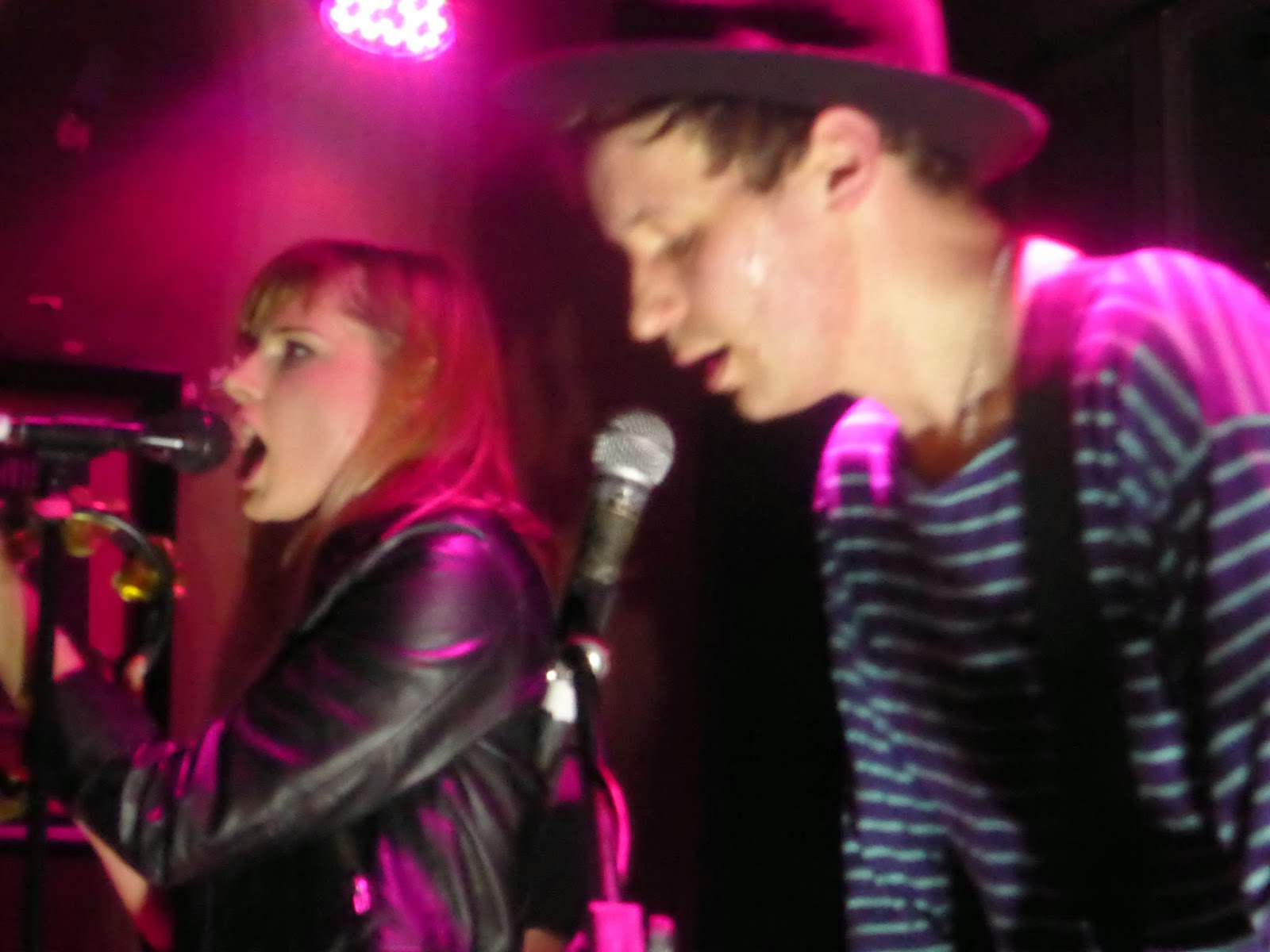 Those songs we know - Beatings, Fall Out Of Love, Last Desire, Let The Sun Go and the closing trio of Wake Up, Cast A Shadow and No Ladder - mostly have that singalong quality that all great pop music has but with rougher, darker and a slightly sinister unnerving edge to them. You're drawn to watch the interaction between Beck and John. At one point Beck comes in too early on one of the new songs, there's a knowing smile and laugh between the two and they keep going. It's an intuitive relationship between them as at points it feels like they're both lost in their own worlds but it's that which makes Coves so special.

The new songs from their forthcoming EP - the already revealed Shot To The Wall as well as Stormy and No Looking Back - are a progression in their sound rather than a reinvention. They have all the characteristics we know and love from them, but there's more diversity as the former two have a harder edge to them, whilst the latter showcases a more emotionally detailed side to Beck's voice we hadn't heard before.

It's great to have secrets and Coves feel like they're one of the few we have left, but we're baffled to why their electric razor-sharp thrilling live show combined with Soft Friday and its three or four very obvious singles hasn't thrust them into the limelight yet.