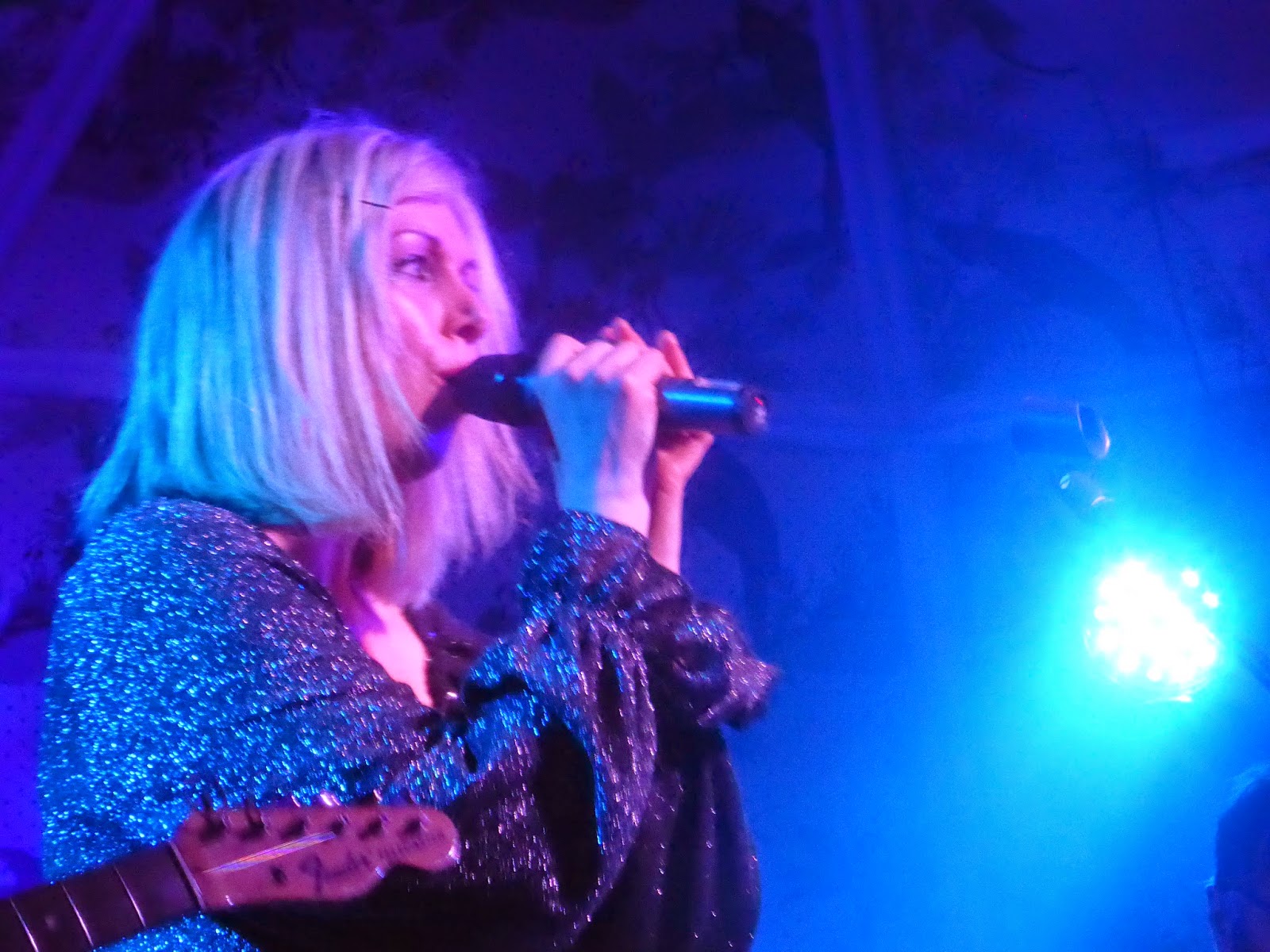 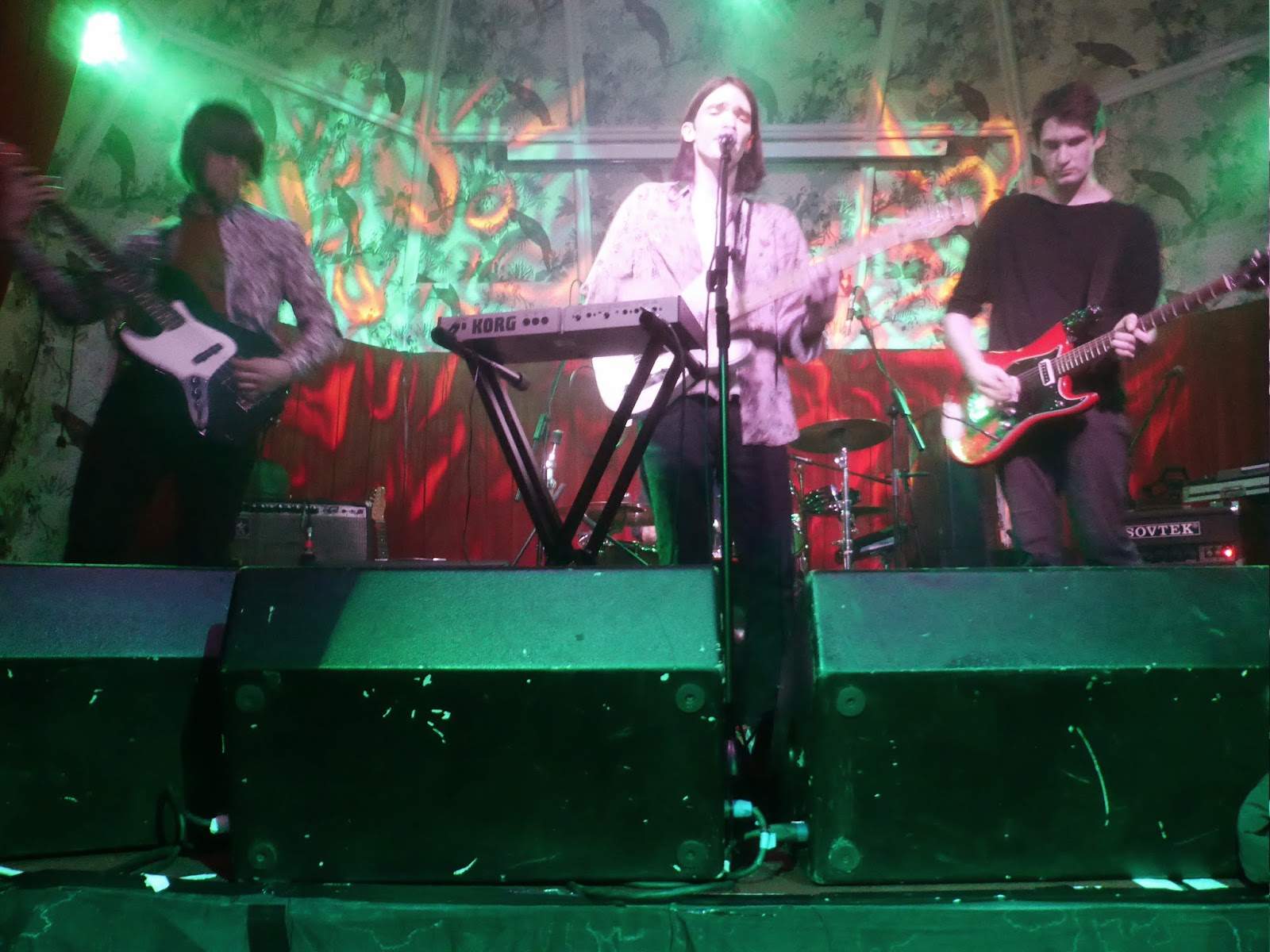 Currently enjoying a renaissance, Jane Weaver sold out The Deaf Institute weeks in advance of this show, a sign that her star is in the ascendancy as the ripples around last year's The Silver Globe album become more of a wave as she prepares the release of an expanded version. Local heroes Horsebeach opened up the evening and enhanced the positive impact they've made so far.

Horsebeach open proceedings and it's the third time we've seen them and again they impress us more. The live set up fleshes out the bedroom recordings of the album, but their reading of the songs is developing as they play more shows and Ryan gains increased confidence as a front man, overcoming his evident shyness in that role. New single Disappear, which closes the set, also showcases a fuller, more forceful sound as well, but they also play most of the highlights of the album especially Yesterdays and Beneath Her Feet. 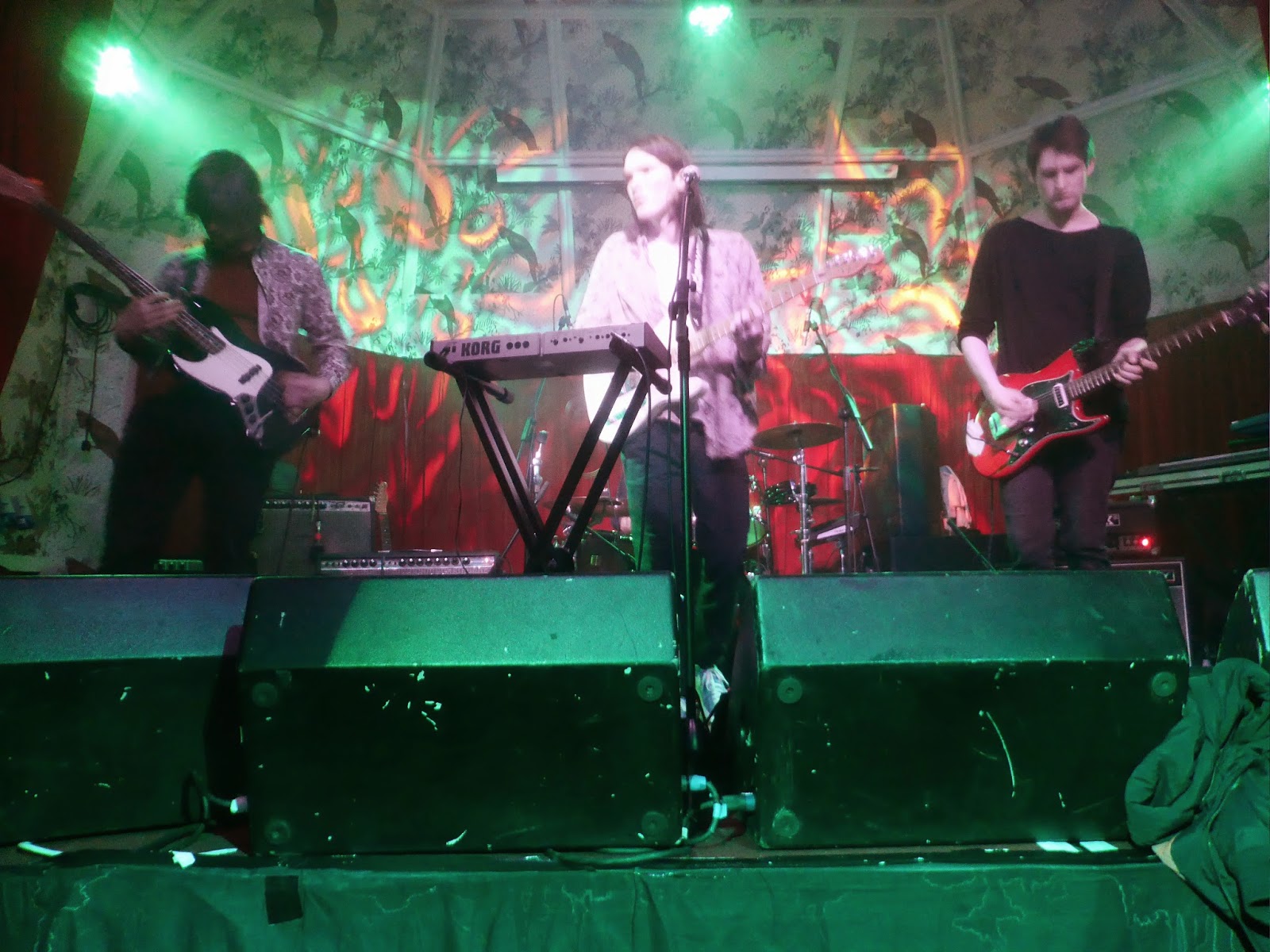 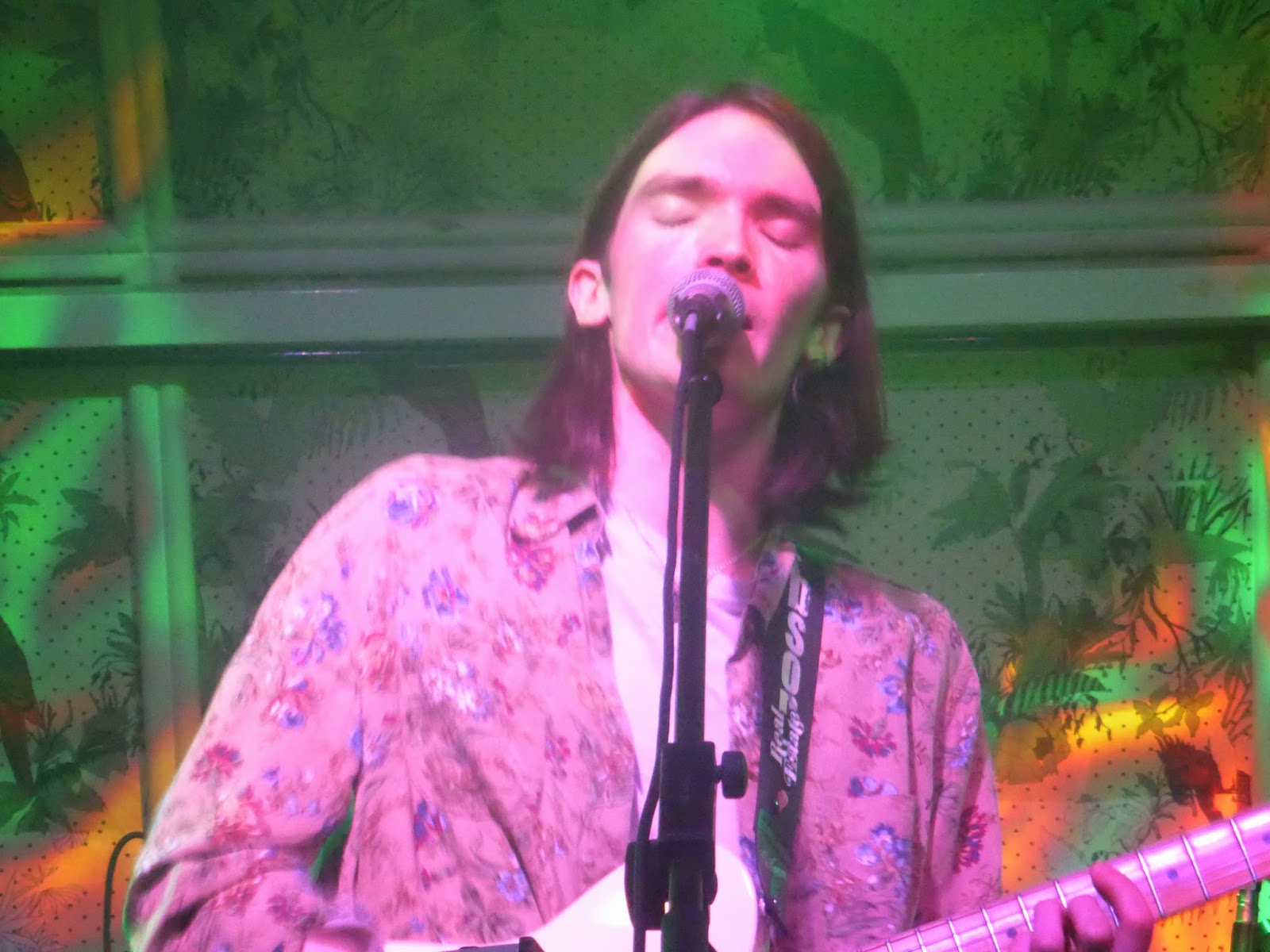 They're also not afraid to throw in an instrumental mid-set, a brave move when you're playing to an audience that's not yours. At times they make playing look effortless as they nonchalantly create a sound more American (think Real Estate) than Mancunian, but which wins over the hipster elements of the crowd that grow as their set proceeds, converting more fans. It's no surprise their album is now on its third pressing.

The Silver Globe was one of last year's unexpected critical successes. Live, the sound retains all the esoteric beauty of the record with Jane's voice, airy, floating and hypnotic, obviously being the focal point. However, her band create that dreamy landscape with a mix of guitar, drums and a box of electronic trickery that allows her that space to breathe, to captivate us, transfix us and take us on her musical journey. Resplendent (and proud of it) in a glittery onesie, her natural cool charms us especially when she coos love repeatedly at the end of penultimate song If Only We Could Be In Love. Forthcoming single Don't Take My Soul should win her even more fans as it retains true to her blueprint, but with an infectious chorus that's perfect for daytime alternative radio. 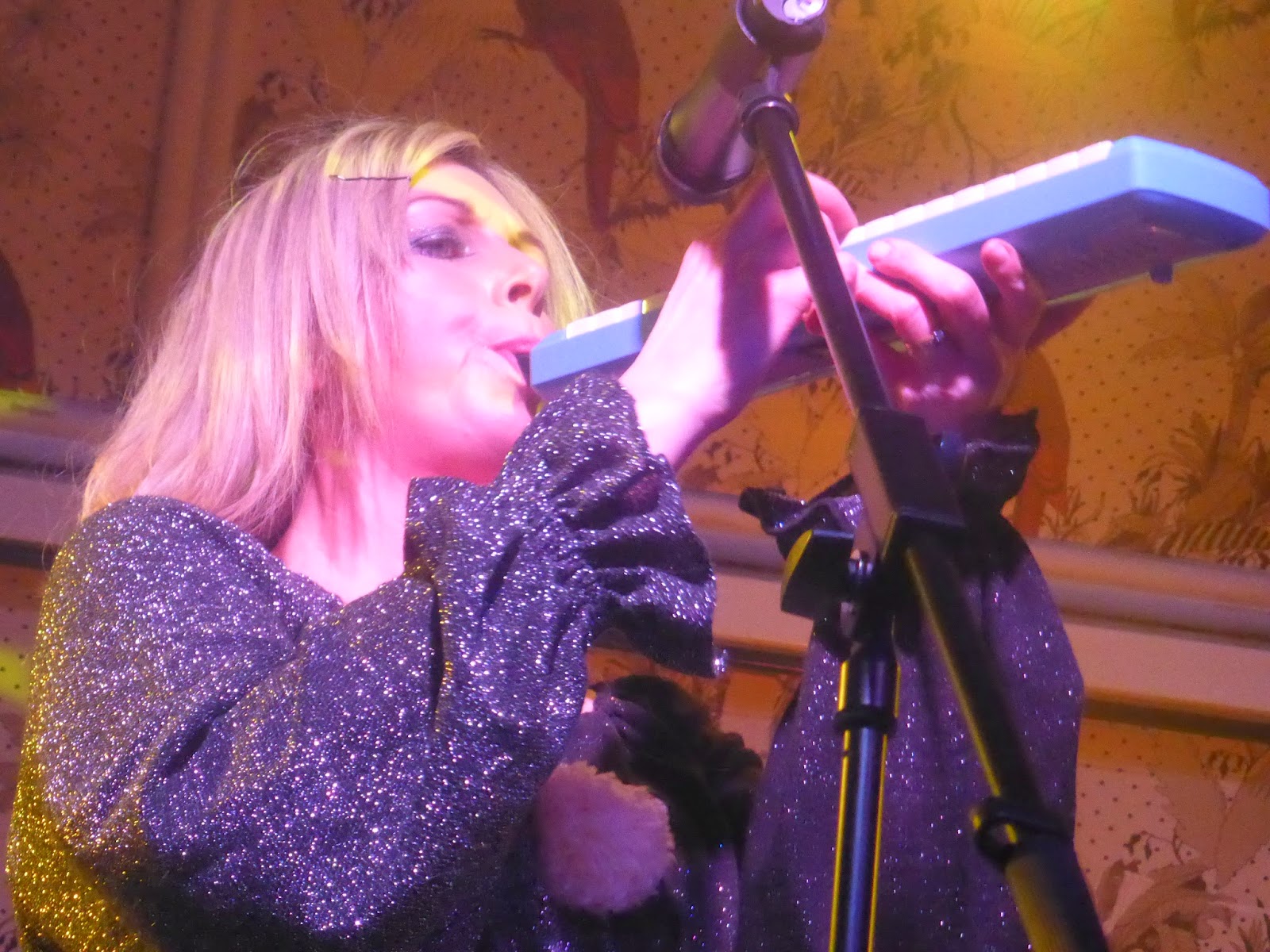 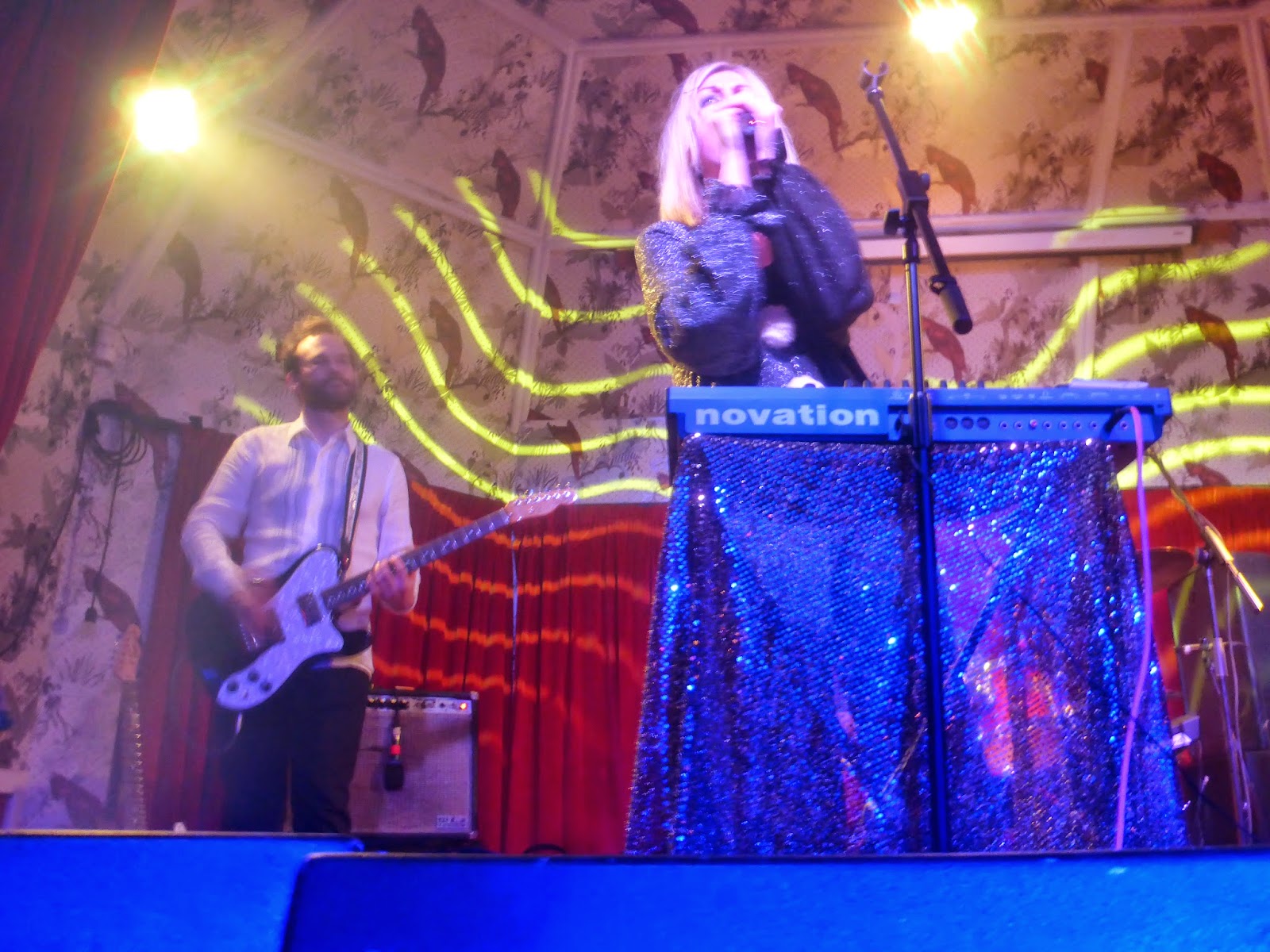 The set focuses on The Silver Globe with eight of the ten songs coming from the album, but Jane opens the set with The Fallen By Watchbird. Yet, it's I Need A Connection from the forthcoming The Amber Light disc of new material (which comes as part of The Silver Globe deluxe edition) which is debuted tonight that steals the show. Displaying all the traits that has won Jane so many new admirers, but even more irresistible in the way it involuntarily seduces your ears and senses, it stands out even in the exalted company of the songs around it

Jane played The Fallen By Watchbird, Argent, The Electric Mountain, Arrows, Don't Take My Soul, Mission Desire, Cells, I Need A Connection, If Only We Could Be In Love and Your Time In This Life Is Just Temporary.