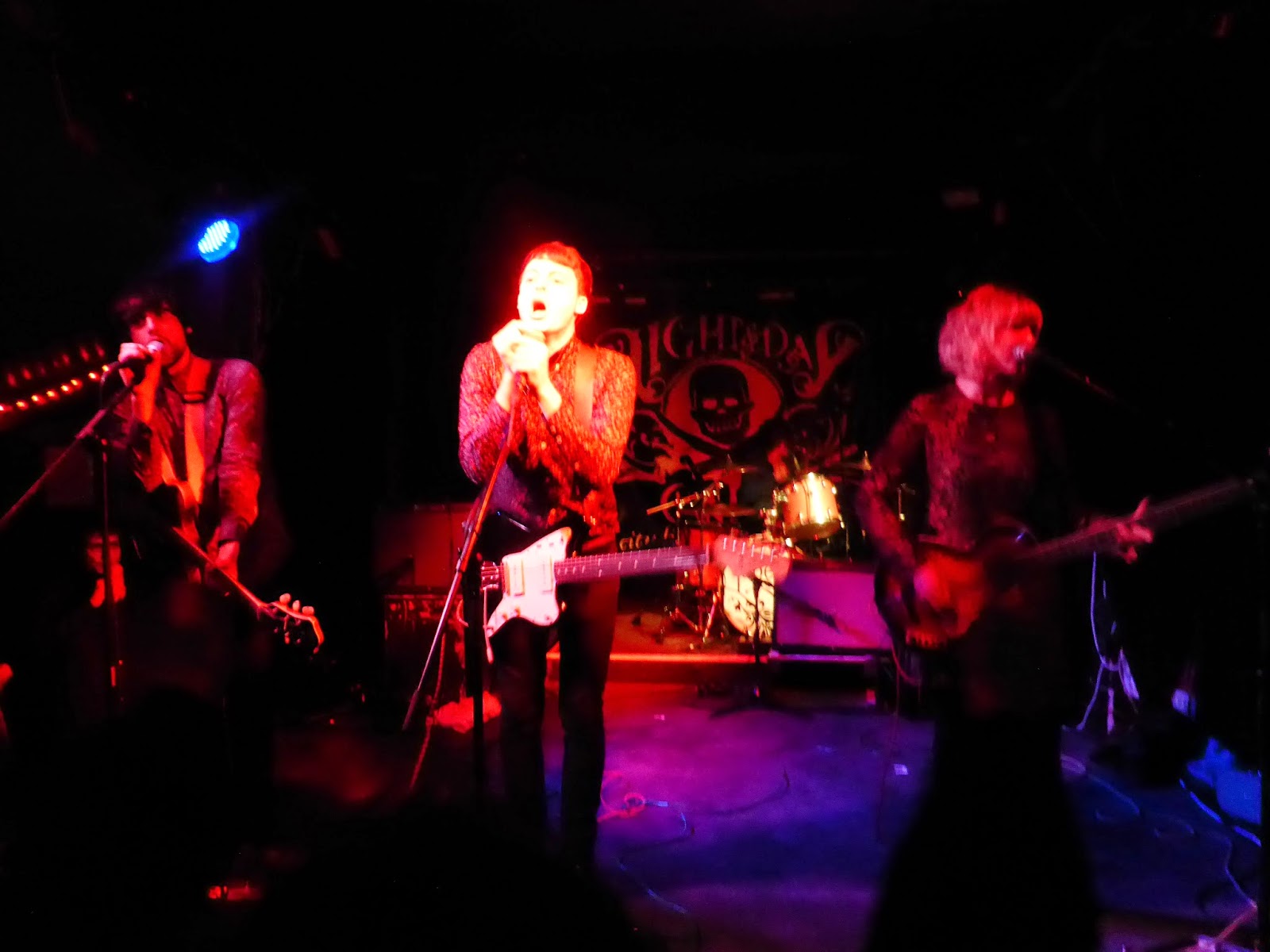 Fresh from the launch of their single Infatuation / Look Out, The Tapestry headlined the Manchester leg of This Feeling's moving monthly club night. Their forty minute set, crammed full of sing-along choruses and hook-laden anthems, cemented the growing belief that their time is coming very soon. 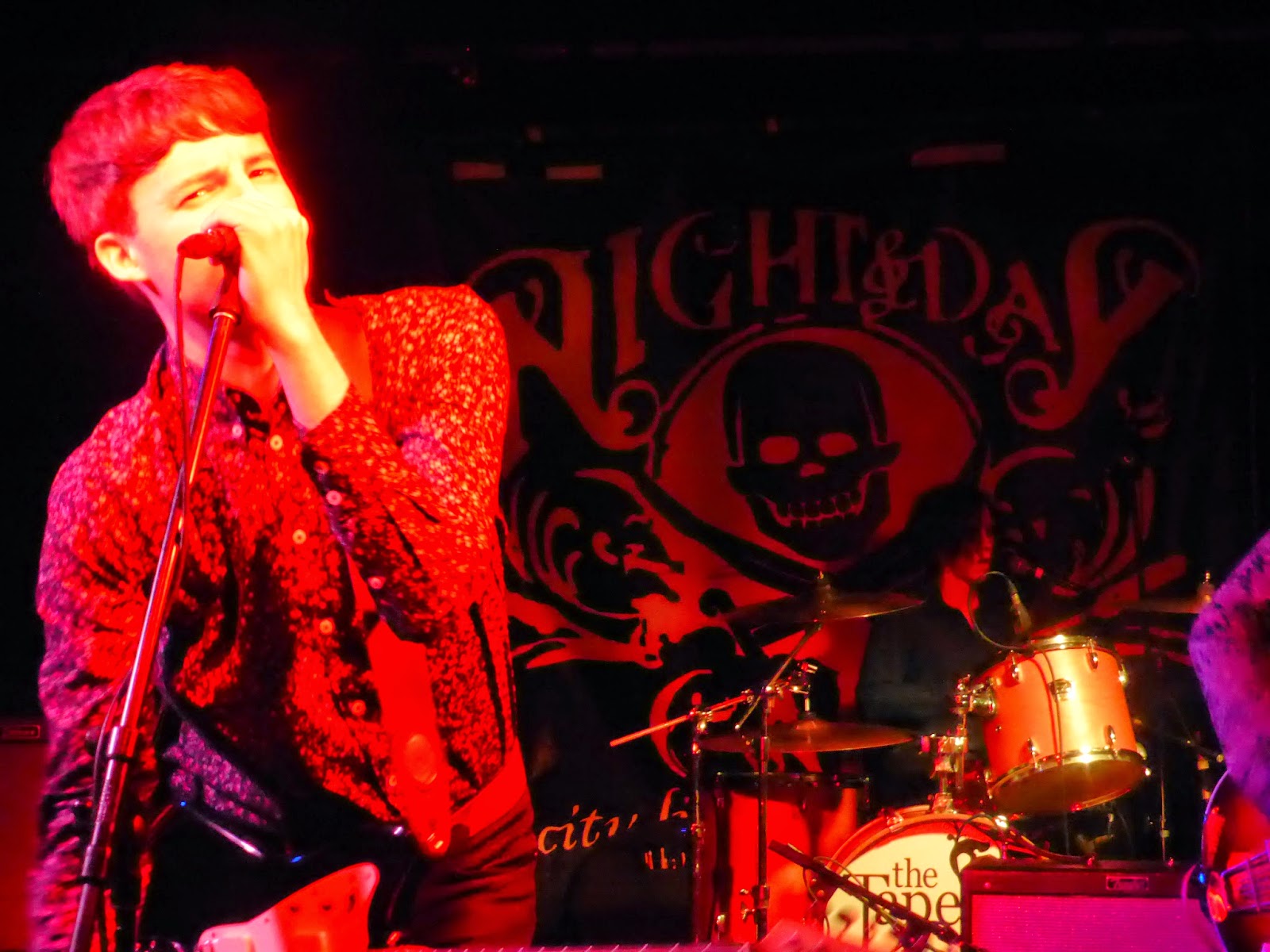 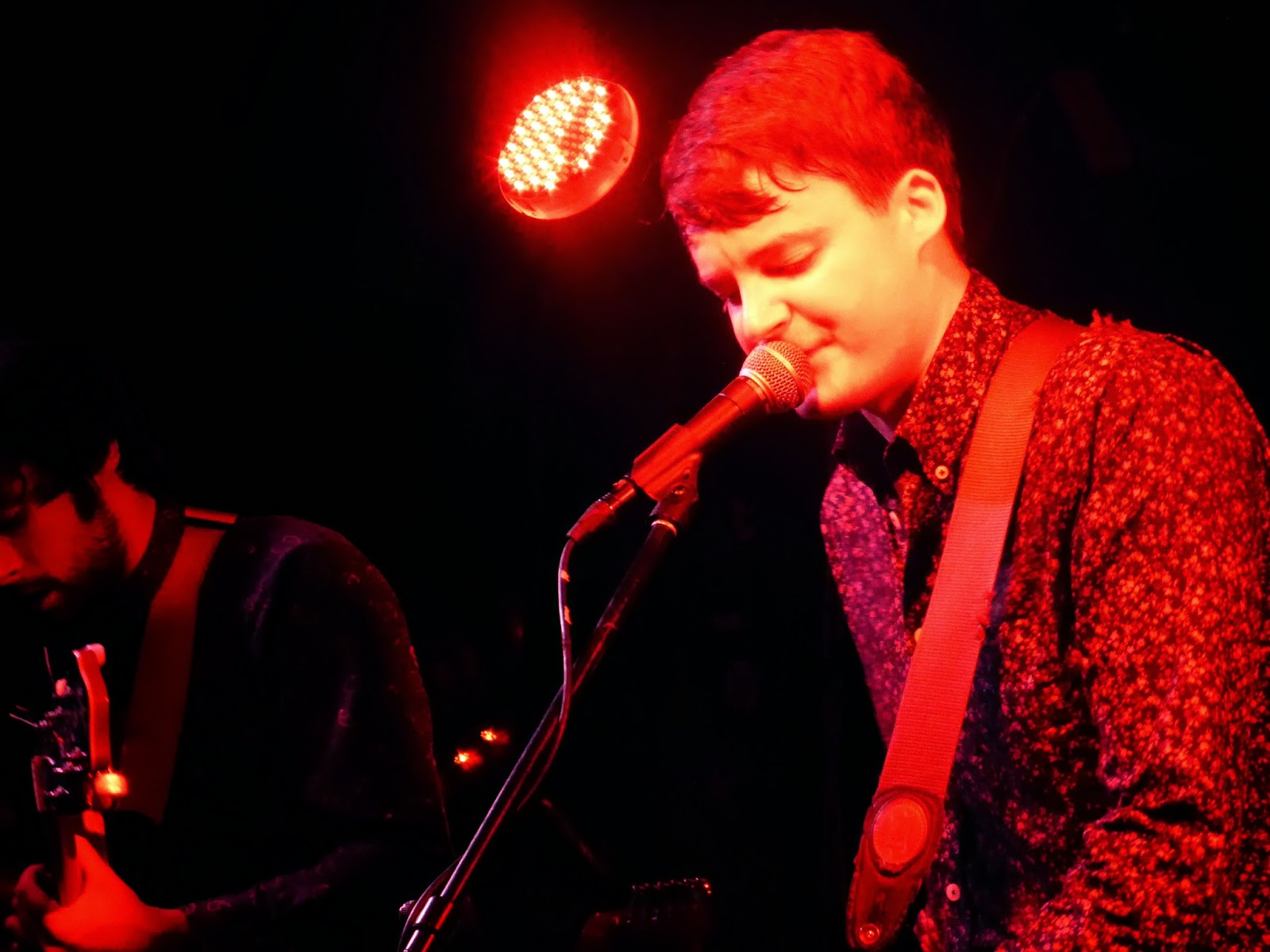 Opening with Look Out from the recent single, it's clear that they mean business. Incredibly tight, with a rhythm section of Katy on bass and Zara on drums creating a thrilling base from which Liam and Dyna let loose, their sound has almost outgrown venues of this size and is ready for the city's bigger halls and festival fields. Last year's single Right As Rain has the crowd singing the chorus back to them, almost drowning out Liam and it's this sense of community and togetherness that makes every Tapestry gig an event.

They're not resting on their laurels either. They unveil a new song that bears all their hallmarks, but which confirms that they're developing as a songwriting unit. The rest of the set is a series of old favourites, much to the joy of their audience, each one a hundred mile an hour romp that provide imperical evidence of their craft - drums that could knockdown buildings such is their ferocity, Liam's ever-increasing star-like quality, Dyna's incomprehensible babbling between songs and the way they Katy and Zara's vocals to contrast with Liam's. 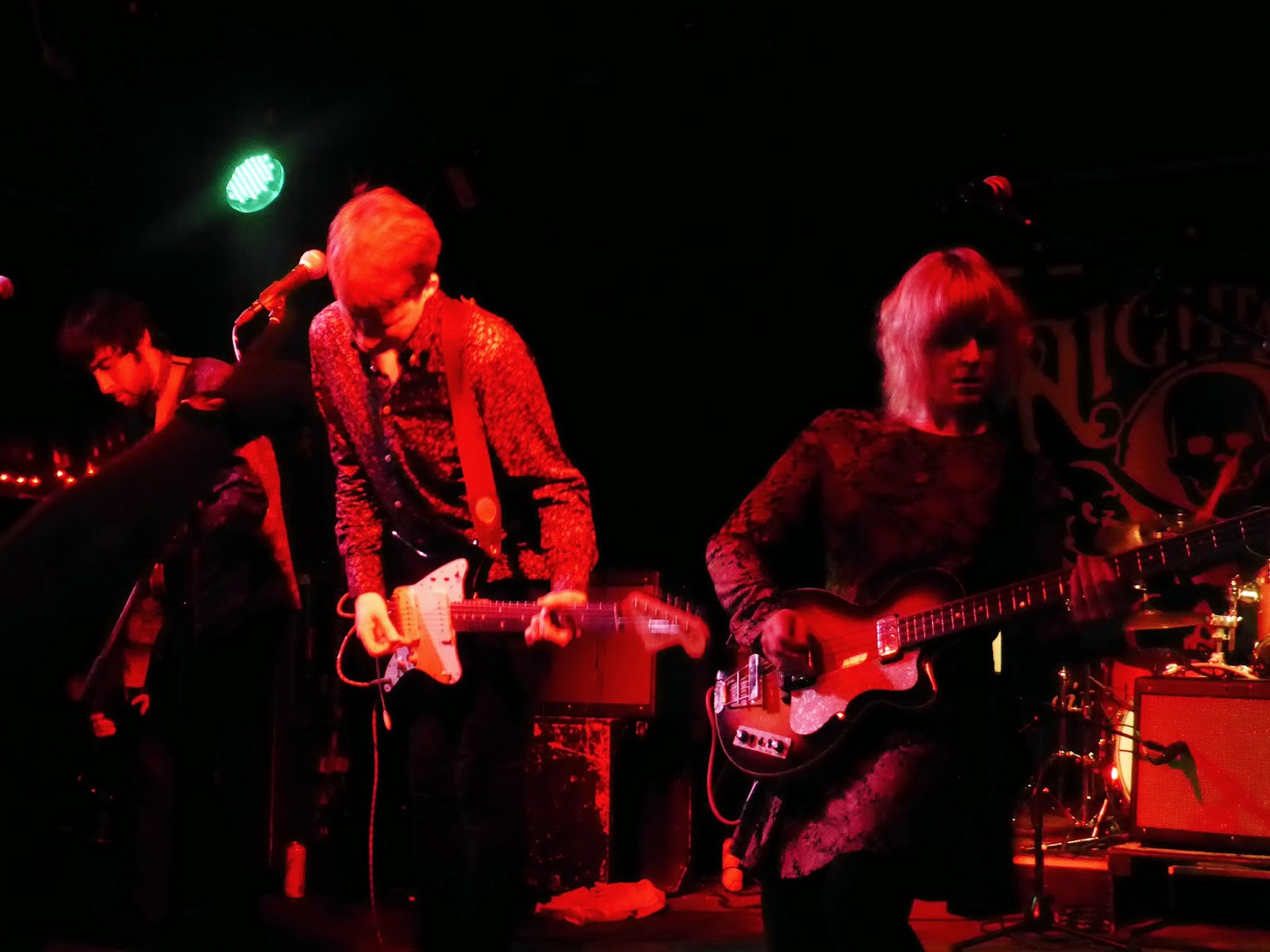 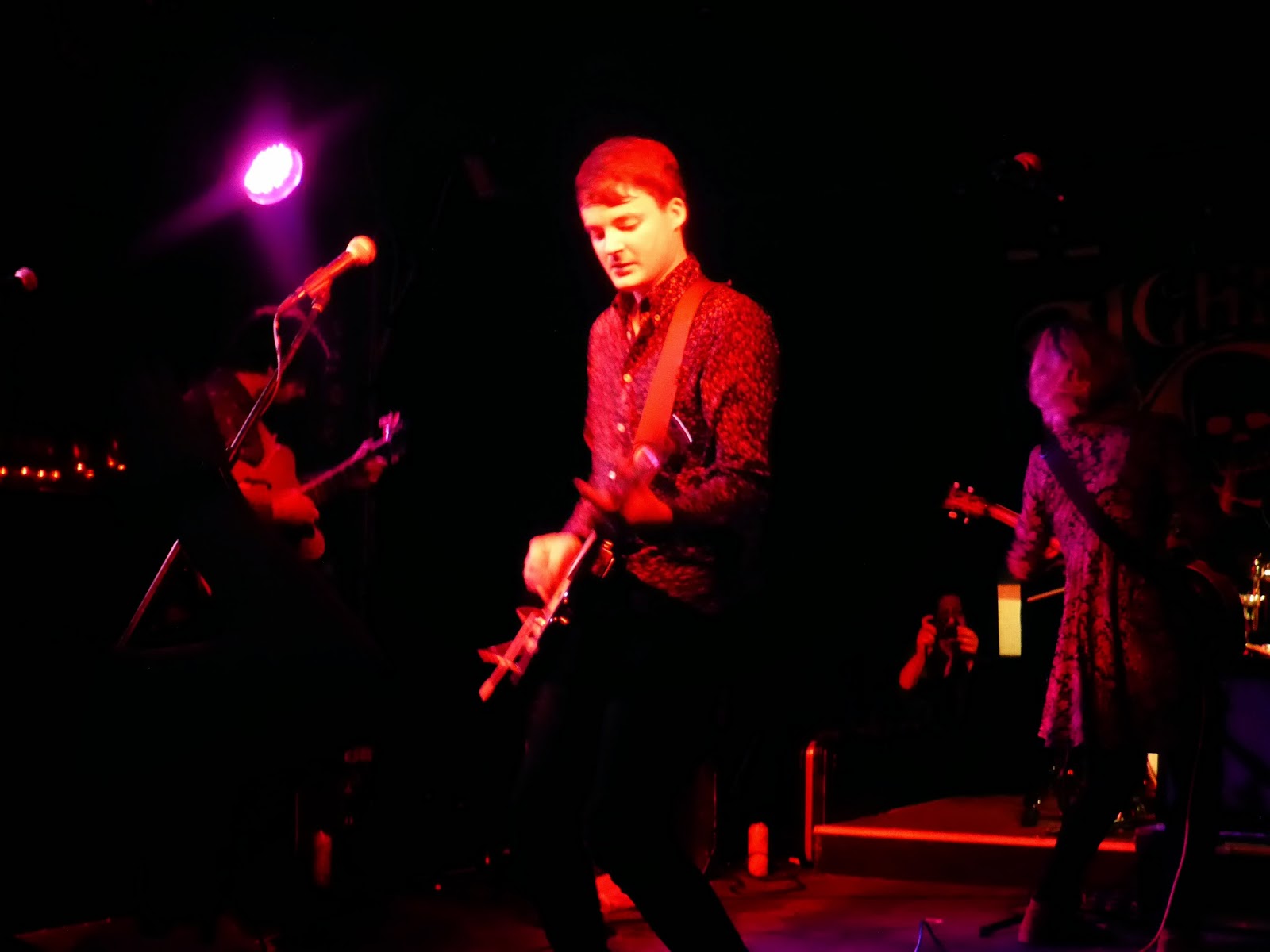 And then there's their really big songs. The military drum march that introduces Rode Your Luck is just the start of a song that has the whole place bouncing along to it. It's followed by the single Infatuation, full of joyful abandon, meeting the audience head-on and they finish with Beating Heart, surely destined to be their breakthrough single at some point very soon with its rippling rhythms, stop-start staccato breakdown and insistent singalong nature that bonds this audience together.  It concludes with Zara kicking the drums over, the rest of the band joining in the chaos and them leaving a baying crowd wanting more.  That'll just be a matter of time.